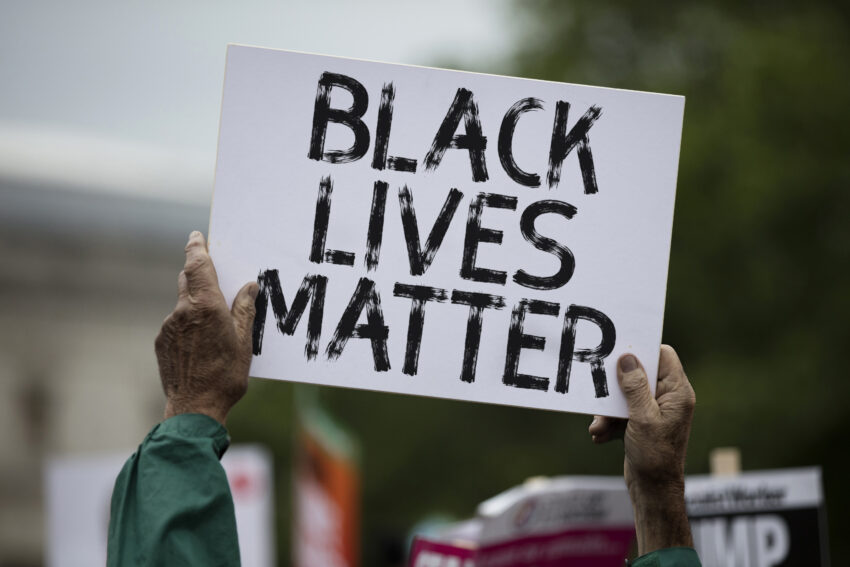 Many of the survey's respondents want career-advancing opportunities for Black people.

A significant proportion of tech talent feel that organisational responses to George Floyd’s death were tokenistic; the study involved 55,000 employees at UK tech firms and places of study.

The data, published by Black Tech Fest, an organisation that furthers Black inclusion in UK tech found that “38% of respondents believed their employment or place of study’s response to the protests and killing of George Floyd last year was tokenistic.”

With the majority (66%) of UK tech workers identifying as white, it’s likely that white leadership is failing to implement anti-racist policies that enact meaningful change for Black workers who are vastly underrepresented in tech.

Broadly speaking, tokenism in diversity and inclusion practices can be promoting diversity, such as hiring more Black people into the tech sector, or promising to further racial equality following Floyd’s death, but not making meaningful efforts to foster inclusion, such as placing Black talent into decision-making roles or introducing effective anti-racism policies.

While 40% of survey respondents “believed things had gotten better” in terms of business commitments to diversity and inclusion, they mainly painted a bleak picture for anti-racism efforts in the workplace and wider society where 51% saw “no change when it came to witnessing instances of racism”, 30% thought that race relations in the UK had “gotten worse”, 49% said they “had experienced racist abuse from people in authority” and 36% “had experienced racist abuse online.”

Workplace racism, access to funding, and D&I a year on

A minority of respondents, (4%) said things had “got significantly better” a year on from Floyd’s death while 63% said they “had experienced or witnessed racist abuse in their place of work.”

When asked about any diversity and inclusion initiatives in their organisations, 50% said they had “observed no change” while another 42% had seen no improvement in “awareness of racism by senior leaders.”

In addition to this, 37% saw no change in their “place of employment or study introducing anti-racist policies and support since June 2020.”

Concerning equal access to the startup ecosystem for Black people, 80% said they saw no change “since May 2020 in regard to transparency.” This is concerning as statistics from last year found that under 1% of venture capital investment in the UK went to Black entrepreneurs over the last decade.

What’s been done and what people want to see

However, some respondents reported positive workplace developments over the past year; 38% said their place of work or study had introduced anti-racism or allyship training, while 22% said their firms had “set or achieved senior management or board diversity targets.”

The study also revealed what respondents in the tech sector want to see from organisations going forward; when asked what anti-racist initiatives they would like implemented in their place of study or work, a majority (35%) said “increased career-advancing opportunities for Black people.”

Ashleigh Ainsley, Co-Founder of Black Tech Fest said “Over the past 12 months we’ve seen some businesses, organisations and educational institutions make some authentic improvements to address the embedded processes of systemic racism. However, there is still a long way to go, and we would like to encourage the introduction of more anti-racist initiatives such as the ones respondents of our survey have called for. These include increased career-advancing opportunities for Black people, setting and achieving senior management or board diversity targets and the introduction of dismissal for racist behaviour. We would also like to see the introduction of pay parity targets and full wellbeing support specifically for Black employees and students.”

To find out more about Black Tech Fest, click here.