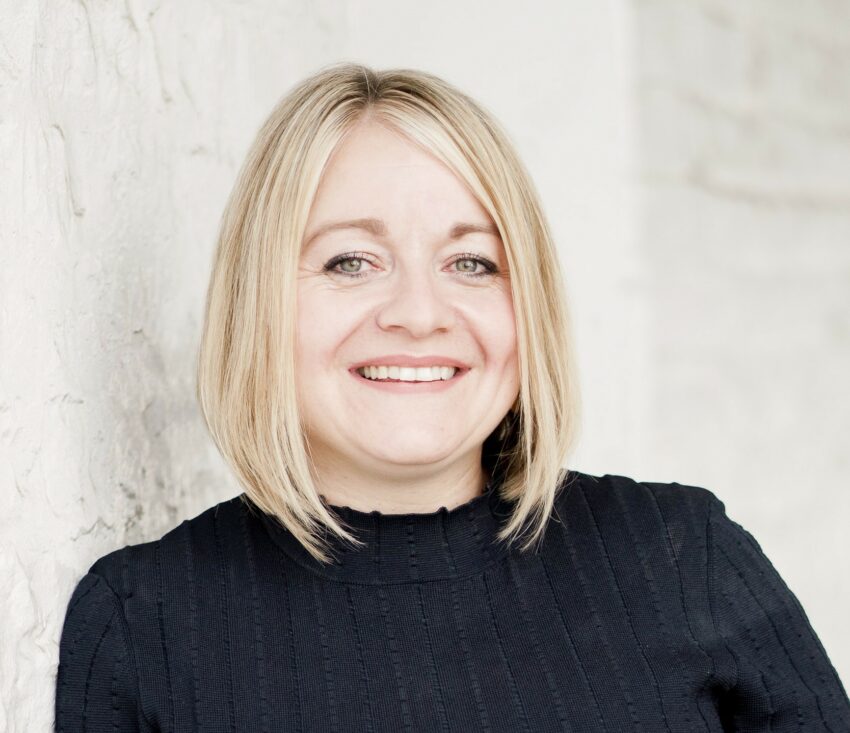 In the west, we have the lowest ever birth rates on record, explains Simpson (pictured).

As the economy recovers from COVID-19 and firms are facing a mountain of unfilled job roles, could older workers, the ultimate untapped talent pool, save the day? Lyndsey Simpson, Founder and CEO of 55/Redefined Ltd, a platform for the needs of the over 55s, talks about breaking the age stigma.

“There are significant shortages of talent to fill a variety of lower and higher-skilled roles, so the obvious solution is to enable some cross-industry retraining for older workers,” says Simpson, who heads up a soon-to-be-launched platform for the over 55s, 55/Redefined.

Throughout the pandemic, we all got used to hearing about the plight of young people, who were disproportionately impacted by the pandemic, with many put on furlough and hit with redundancy. But what’s less talked about is how the over 55s fared, and it was worse, says Simpson.

“Last year, there was a 55% increase in redundancies among older workers during the last quarter compared to 2019, and the anecdotal feedback we got from employers is that they were the most expensive segment of the workforce,” she says. “So, when you’re in a bad year, which most companies have had with COVID-19, then it’s a good year to get rid of your most expensive workers.”

“So, young workers were disproportionately impacted through furlough and redundancy, and that was just because they made up most of the population within retail and hospitality,” she adds. “But those industries have gone full tilt and now can’t hire enough workers, so anybody of that age group that wanted to be hired is now back in.”

The proliferation of information about older people as highly vulnerable to the virus also affected confidence in older workers as viable components of a business, says Simpson. “Even though workers in their 20s are more likely to suffer from health problems like mental health issues, we never target that group in the same way as we do older workers.”

As the economy recovers from COVID-19 and jobs are abundant, employers remain reluctant to re-hire older workers, meaning they stay unemployed longer than their younger counterparts. For Simpson, the real answer to why this is happening lies in inherent age bias, which she discovered when running her last business, an HR outsourcing firm.

When the age discrimination legislation came in, her firm complied and removed all age identifiers such as date of birth and education from the early-stage recruitment process. However, they soon discovered that because “humans run interview processes,” bias still occurred. “We had many older candidates that would get through the stage one CV sift and the stage two telephone screen, yet they still ended up meeting a hiring manager who didn’t want to hire that profile of worker.”

Simpson also blames our “youth-obsessed culture” for disregarding older workers, which has made employers focus on making way for the next generation instead of retaining their older talent pool.

Widely shared stereotypes concerning their ability and willingness to work don’t help either, and Simpson wants to make clear that not all older workers want to retire.

Recent research from 55/Redefined and ProAge, a charity representing older workers, entitled “Shut out, forced out and overlooked”, found that nearly half of older respondents wanted to work beyond 66 and one in four into their 80s. Yet 68% felt the job market was closed to them and 24% felt forced to retire early.

“We’ve got this notion of retirement at 65, which was invented in the 1940s and life expectancy is now 20 years more than it was then. I don’t quite know how everybody thinks we’re magically going to be able to afford to have a 30-40-year retirement unless something significantly shifts.”

Other major stereotypes pitted against older workers are health concerns and energy. “There’s a misnomer that if you hire somebody over 55, then they’re more likely to get ill, which is factually incorrect. They’re 200% less likely to take a day off sick than workers in their 20s. If you scratch the surface of non-sickness or holiday-related absence, such as taking a day of work when you’ve got a hangover or just not feeling up to it, older workers are significantly less likely to do so.”

“I’ve also found no correlation with age and energy,” she adds. “I know some hugely energetic 60-year-olds and low-energy 30-year-olds and vice versa. So, these are just stereotypes.”

The skills, experience and unique strengths of older workers

But older workers aren’t just victims of bias; they are a valuable talent pool in their own right and bring a plethora of skills and life experience to the workforce, says Simpson. “Take mortgage advisers, for example, in the UK they’re in their 20s, and the vast majority have never owned a house or applied for a mortgage. So, when the customer asks questions, the person advising them has no relevant life experience to help with that discussion.”

She also points to transferable soft skills around negotiation, team leadership, and running budgets, especially among older women who have taken time out of the workforce to raise a family, “you can’t tell me that women who have run a household don’t understand budget management or negotiation to get the children to eat broccoli,” she quips.

Gender pay issues remain a big workplace topic, which is made worse by the career break or ending many women have when they start a family, so could scores of returning female workers over 55 plug the pay gap? Simpson agrees to some extent. “I think it can; you have a big quantum of women that have left the workforce and never return. So just bringing them back into the workforce creates representation of female workers in certain categories.”

“What we will see is that women want to come back in at 55 to 60, and they want the career now that they perhaps didn’t get to have when they were younger,” she continues.

“If we can encourage this type of inbound returnship, then women will accelerate through the ranks because they don’t have the distractions they had in their 20s, 30s and 40s.”

Why D&I teams need to break the age stigma

Older workers also face resistance in an area that has ironically been designed to help the underrepresented, namely in diversity and inclusion initiatives, adds Simpson.

Despite age being a protected characteristic, other hot-button topics such as gender, LGBTQ+ and racial inclusion seem to be prioritised. When we remember that every worker, despite their other respective identities, will age, it seems absurd that age inclusion has largely been left by the wayside.

A big issue here, Simpson says, is that many HR professionals think that hiring an older person for a job may equate to pandering to the ‘white male and stale’ figure, a growing workplace caricature and object of resentment in many diversity and inclusion discussions.

Despite being vocal on the often unfair barriers older workers face, Simpson acknowledges that many need to upskill when re-entering the workforce, such as developing their technical skills. Yet, she maintains that bias continues to operate against those that are switching careers in later life.

“We’re seeing many companies refusing to hire older workers and retrain them into technical roles. There’s this perception that young employees get hired based on soft skills, such as their motivations, and as an employer, you take the view that you’re going to need to teach them about the industry. But as employees get older, particularly as they reach over 55, what happens is employers will only look at them for what they’ve always ever done,” she says.

“They will only hire them to do the exact same role in their organisation rather than look at them as they would with other younger employees and ask what their soft skills are? What are their transferable skills? And how do we give them some of that technical training to allow them to transition?”

The future of work

Simpson leaves me with quite a frightening statistic about the future of work, namely that by 2050, the under 55 working-age population would have shrunk by around 20% in western countries, and it’s slowly happening in developing economies too.

“In the west, we have the lowest ever birth rates on record. But as that birth rate is doing this, life expectancy is going in the opposite trajectory. So, what’s happening is that the over 55s population is growing by 40%. But we’re not having enough babies to replace them into the working-age group.”

Simpson adds that as a result, employers will be faced with three options, either automate roles, recruit talent from beyond their borders, or simply hire more older workers. “I don’t think there’s going to be much appetite for us to start employing 13-year-olds again in business, so you’re left with one simple option, which is to employ and engage older workers, and that will be an economic fact.”

55/Redefined, a platform that connects the UK’s affluent over-55s with tailored products, services, and advice spanning jobs, finance, legal, and lifestyle, will launch on September 6th, 2021. Click here to find out more.