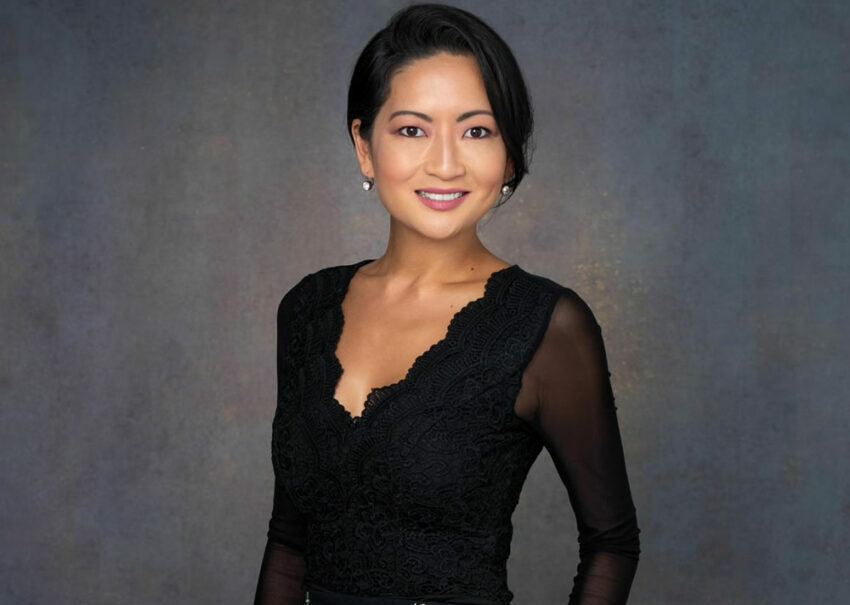 Leila McKenzie-Delis, Founder and CEO of DIAL Global, a learning operation to drive diversity and inclusivity in businesses, talks to DiversityQ about what D&I terminology means, engaging white male leaders, and why iteration can be enough to further the cause.

For some, entrepreneurship is an exciting alternative career path; for others, it isn’t a choice. McKenzie-Delis failed to gain a blue-chip role despite getting the highest mark in her year at university: “I was hoping my CV and degree would get me through the door, but I couldn’t get a job with any of them,” she says.

A Chinese woman adopted by white British parents from a working-class background, McKenzie-Delis sits at a lot of intersections which the corporate world fails to adequately represent; last year, the percentage of BAME board directors in FTSE 100 firms stood at 11% while there are no Black executives in top roles today.

Breaking down diversity and inclusion

Inspired by her own experience, she started DIAL Global with a mission to “move down in the right direction when it comes to all different aspects of diversity and inclusion.”

“So, we look at everything from race and ethnicity through to mental health and wellness, neurodiversity, gender, sexuality, age, and generation, or what we call dial facets,” she adds.

Through an app, DIAL Global provides a “safe space” for business leaders to share experiences; fortuitously, participants include blue-chip companies KPMG, Accenture, and Unilever: “I applied for graduate positions in all these organisations, and now they want to speak and learn about D&I which is a wonderful sequence of events,” she says.

McKenzie-Delis is quick to point out that representation doesn’t begin and end with D&I: “Diversity is being invited to a party, inclusion is being asked to dance, and belonging is being able to dance like no one’s watching. Equity is more important than equality, we’d love to get to the place of equality, but sadly equality in this world does not exist.”

She adds that “equity is about recognising that people have different needs and requirements” and supporting that will organisations “level the playing field.” Belonging, however, “is a human need,” which is “quite different from inclusion.”

With a recent poll finding that 55% of employees are too scared to talk about D&I in case they get it wrong, is a digital forum a less intimidating place to thrash it out? “Yes, it absolutely is,” she says, but adds that it’s crucial to engage “middle-aged white males” on diversity as they are “the vast majority of those who are the CEOs at the top.”

“It’s not to say that I don’t believe there should be bottom-up initiatives as well, you’ve got to feed the talent pipeline, but I don’t believe diversity and inclusion initiatives are ever successful if they don’t start at the top because that’s where the influence comes from,” she adds.

Considering they don’t make up any of the underrepresented groups in the workplace, it’s white male leaders who are more likely to be nervous around the D&I conversation, which is why she thinks it’s important to engage them: “I try to be as non-judgmental as possible because people say things in jest which are not meant intentionally; the more we speak openly and don’t criticise, the more we can learn.”

However, she’s careful not to stigmatise white men and thinks the ‘white, male and stale’ label is unhelpful: “It drives the wrong behaviours,” she says. “By gaining their understanding and allyship, we can move the dial; we aren’t getting any further by preaching to the converted.”

She is also behind the McKenzie-Delis Review, a survey that assesses firms’ D&I and how to improve it: “It’s the first one in the world that looks at holistic assets. We partnered up with the most well-known organisations, charities and research organisations to create 35 qualitative and quantitative questions. We pulled them all together and sent those questions to a lot of the largest UK organisations, and we’re doing it again this year with firms on the FTSE 100 and Fortune 500.

“We aggregate all the results, so every organisation that participates gets a personal diagnostic which tells them where they sit on all of those 10 facets. However, organisations don’t have to do it. So, it’ll be interesting to see who participates and who doesn’t over the years.”

However, she hopes organisations can get comfortable with not looking perfect on D&I: “Some are nervous about getting involved because they’re scared about being hung out to dry or having the bad PR vanish of needing help instead of being open, which is why we’re doing the research.”

The power of words

Even if leaders aren’t fully onboard with D&I, she says talking about it is better than doing nothing as they’ll either eventually believe it or will at least be influencing others. But it’s supporting something and doing another that can be harmful, she says, referencing when KPMG UK Chair Bill Michael told employees to “stop moaning” about the pandemic: “I’m sure he would never have never been quoted as saying that he’s anything but inclusive,” she adds.

However, the biggest driver for corporates to get serious about D&I is because the world is watching, and their reputation could hang in the balance: “It’s the first time in history where there’s nowhere to hide; anyone can take to Twitter, and it’s very easy for organisations and their respective leaders to be found out for not doing the right thing.”