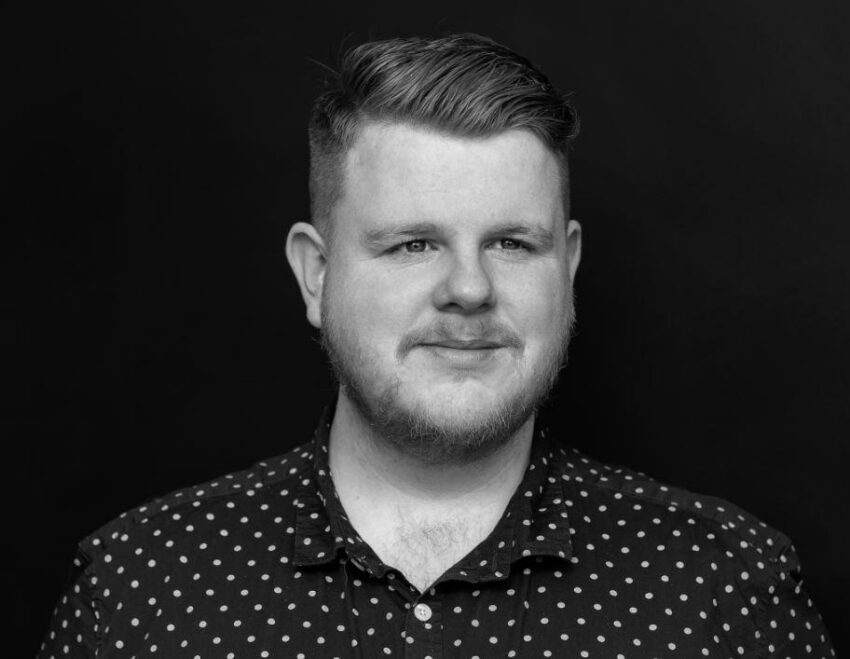 He had been notified by a previous partner to take an HIV test, but when he informed an older male GP about his need to get tested and his sexual identity, he was refused the test; “he basically threw me out of the practice,” says Redmond.

Political changes in Ireland also informed his decision to start Certified Proud, including the Thirty-fourth Amendment of the Constitution of Ireland in 2015 that made marriage between same-sex couples legal.

Redmond recalls this period as a time that felt “like a new wave of acceptance and safety,” yet, opposition to the visibility of LGBT+ people remained; where Redmond still felt uncomfortable holding his boyfriend’s hand in public, while friends were turned away from rural hotels with their same-sex partners.

These experiences made Redmond realise that an “indicator” for the LGBT+ community was needed to know what spaces were safe to enter without the risk of discrimination, and from there, Certified Proud was born.

One of their most high-profile partnerships so far is with British workspace accelerator Huckletree: “Due to COVID-19, we did a virtual tour of their Shoreditch office to see how we can make it more inclusive for LGBT+ staff and members. Ideally, I’d have loved to be there as the goal is to go around the space and figure out what can be done to make things more inclusive and safer.”

Huckletree’s partnership with Certified Proud seems more than a box-ticking exercise as it was the workspace accelerator (that already has a D&I leaning) that approached them with a desire to learn more, says Redmond:

“They have free memberships in their office space for businesses that are working in the diversity and inclusion space, but the thing is they could have just given us the free space and say work away for a year, that’s great, and they’ll get the good press, but they’re directly engaging with our programme,” he adds.

This programme, according to Redmond, includes workspace audits and staff training sessions on various LGBT+ topics, including trans issues.

For employers not schooled in LGBT+ matters, what constitutes ‘inclusive’ policies might be unclear. Redmond explains where they can start: “It’s more of the subtle changes people can make. Not every company is going to have rainbow flags hanging from the roof 365 days a year.”

Creating a workplace library with inclusive reading materials is one step, he adds: “There is oodles of literature around LGBT+ entrepreneurship, and leadership.”

Even if an organisation doesn’t have any ‘out’ LGBT+ staff, having relevant literature on display could be good for attracting more diverse recruits as they wait for an interview and encourage LGBT+ employees to come to work as their authentic selves, or at least feel more comfortable about discussing these topics.

But like other underrepresented groups in the workplace, LGBT+ people aren’t all the same, and there are the nuances of gender, race, class, disability and many more to consider, which Redmond, a white cis gay man, understands.

“We can’t speak for trans people, we can’t speak for people of colour, we can’t speak for intersex people or asexual people. We work with a network of people who come from those communities and are comfortable sharing their stories, so we’re not telling someone else’s story. I think in terms of the training, it’s a lot more powerful when you hear it from that person.”

When it comes to what types of inclusive policies to implement, what’s most important?

“In percentage terms, you’d be looking at maybe 40% for education, training, and information,” says Redmond. However, inclusivity training isn’t a one-off effort, he says, but should be rooted in “reaffirmation year after year” to be accepted and “integrated into people’s vocabulary.”

Redmond says that something that does stall LGBT+ inclusion in the workplace is the ‘echo chamber’ culture where people only have experiences and perspectives similar to theirs reflected back at them. He gives an example of what this looks like: “So I’m living in a world where gay is normal, but we’re working with people where it isn’t, and they do not see the content or news that I see.

“It’s very easy to live in that echo chamber, and you have to challenge yourself. I think that’s what we do; we are that outside force that is saying, ‘hey, you really need to look at these things’.”

But LGBT+ inclusion isn’t just the right thing to do; it leads to greater employee wellbeing, better productivity, and sales: “This will not only help your colleagues feel safe, respected, and have a better quality of life but if you’re promoting LGBT+ awareness in a meaningful way throughout the year, you’re going to get more customers; 74% of LGBT+ people are more brand loyal to businesses that support LGBT+ issues, so it’s a no brainer.”

How the certification works

Businesses that want to gain their certification have to follow a three-step authentication process. Redmond explains what this looks like: “The first is to agree to embed the Certified Proud principles into the ethos of the organisation based on the market and academic research we’ve done that if embedded within the company, it will become a safe space for LGBT+ people,” he says.

“Some of them are simple things like respect, or a commitment to something, while others could be around advocacy and giving people visibility. We then work with them to create a development plan throughout the year to run events, campaigns, and things like that to make sure those pillars are there.

“Following that is an audit process at the end of every 12 months, and we review everything, and they need to get an over 80% pass rate to continue their membership. So that would include everything that we’ve agreed under development plans and meeting those key performance indicators which would have been identified at the start of the year with the organisation.”

To ensure that member organisations are ‘doing the work’ Certified Proud has, what Redmond calls “a really robust complaint pipeline,” where employees and customers can report a business if they’re disingenuous about their inclusion policies: “People can make a complaint through our website, and then we can investigate it to see if the complaint is verified, and if it is, then we’ll have steps in place to amend this and make sure that it doesn’t happen again.”

Pinkwashing, a practice where organisations profess to care about LGBT+ rights without implementing any real change, Redmond says, is “rife” in the business world. Spurred on by legislative movements such as the Gender Recognition Act and celebrations like Pride Month in June, companies now feel they have to do something to show support for the LGBT+ community rather than wanting to: “It’s harmful because it sets up a promise from an LGBT+ person’s point of view that inclusivity in just one month of the year,” says Redmond.

What makes Certified Proud stand out in the LGBT+ inclusion space is its commitment to ending this practice in favour of real change: “We didn’t want it to be another iteration of Pride where we see the typical celebrations as pinkwashing, especially in the US, where companies bring out the rainbow flags in June, and by July, you see nothing mentioned of their commitment to LGBT+ people, it’s literally just a tactic to get people through the door.

“So, if you look at it in terms of the different days of celebration, we had International Transgender Day of Visibility at the end of March, but there’s also National Coming Out Day and Spirit Day in October, and if you look at that, there should be more reason to have LGBT+ content and stuff going on in October as opposed to June?”

To ensure Certified Proud doesn’t engage in pinkwashing, they donate 40% of every member’s membership fee towards helping LGBT+ plus charities and nonprofits: “People don’t just turn straight on the first of July. But I don’t think companies do it (pinkwashing) for bad reasons; it’s due to a lack of understanding and awareness.”

LGBT+ inclusion and other D&I in the ‘new normal’

So what’s in store for LGBT+ inclusion in the post-COVID-19 world? Generally, Redmond thinks people are more empathetic towards social inequalities following George Floyd’s death last year, and the rise of the Black Lives Matter campaign to the mainstream: “As we come out of the pandemic, yes, I think there will be a growing consciousness towards inclusion and diversity more so than there was before.”

But as the pandemic brought forward the rise of digital transformation, many organisations could remain remote and reliant on online tools and software, which is good in some aspects, such as promoting flexible working, but could also play a role in cyberbullying, he warns: “For trolls that wouldn’t necessarily say the things they are saying face-to-face, they may feel like they can create a fake account and say it online.

“So there definitely is a space for that to fester and grow if it’s allowed to, so I think we need to come together and say, no, we’re not doing that. I think a lot of that comes down to the platforms we’re working on and how we’re reporting guidelines. We need to be careful that we don’t allow those practices that promote homophobia, biphobia or racism to grow.”