London is a discrimination hotspot for employees and job seekers, finds new study 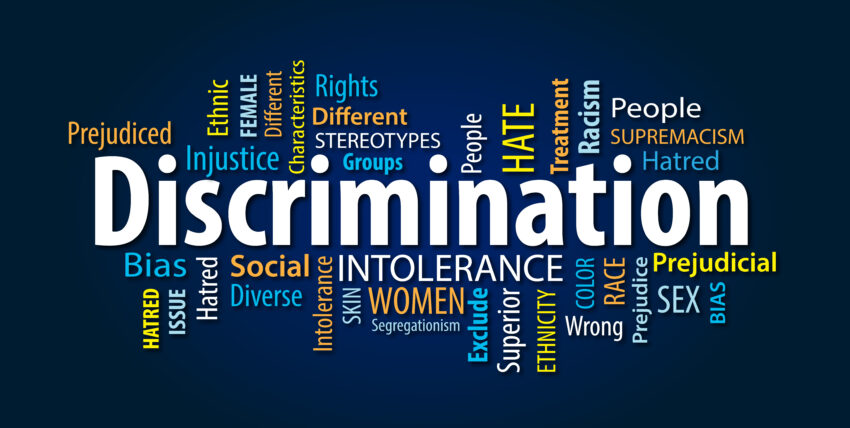 A new survey reveals some surprising findings about workplace discrimination.

Despite is ethnic diversity, London's job-seekers and employees experience more discrimination than the national average, according to a new study

Over a third of UK adults have experienced some form of discrimination in the workplace or when job hunting, but London stands out as a discrimination hotspot, a new study has found.

HR software provider CIPHR commissioned a study into workplace discrimination involving 2,000 UK adults that suggests as many as 32% of people in the UK have been discriminated against in their workplace.

The study found that one in six people (16%) have experienced ageism, and one in 10 (10%) have experienced gender-based discrimination (12% of women and 7% of men). One in 12 “has been on the receiving end of prejudicial treatment because of a disability, their race or sexual orientation” at some point in their careers.

Discrimination is a significant problem not only in the workplace but at application stages too, where 34% said: “they’ve been prevented from getting a job they were qualified to do due to discrimination.”

Out of the respondents that experienced ageism, three-quarters of 18 to 24-year-olds (73%) and half of 25 to 34-year-olds (50%) said they experienced “discriminatory attitudes and behaviours at work or during the recruitment process” compared to one in five over-45s (22%).

Other forms of discrimination have become prevalent since COVID-19, namely the discrimination felt by younger workers due to being ‘higher risk’ or not feeling safe working in office environments. Ten to 18% of 18-24-year-olds felt this, double the 4.5% average across all age groups.

Furthermore, 12% of 18 to 24-year-olds also felt that being at higher risk of getting COVID-19 has “proved a factor in not getting jobs they’ve applied for,” this is compared to the 5% average for other groups.

Moving to discrimination by professional sector, the report found that 79% of HR professionals involved felt that they have experienced “some form of work-related discrimination.” This is compared to 29% of those working in travel and transport that said the same.

Discrimination by sector and issues in London

Employees in the legal profession are the second most likely to say they have experienced age and gender discrimination (31% and 25% respectively), while around 31% working in the art and culture sector have reported age discrimination. The finance, IT, and communications sectors weren’t spared, where 23% of those working in these sectors have said that they have faced racial discrimination.

The survey also found high levels of age discrimination during the hiring process across other sectors, including travel and transport (19%), education (13%), retail, catering, and leisure (11%), and healthcare (10%).

The survey also found that the UK’s capital has high rates of reported workplace discrimination, despite its ethnic diversity. Whether applying for work or within the workplace, the rate of discrimination is 54%, which is above the UK average of 36%.

Another one in 10 Londoners said they’d been discriminated against while job hunting during the pandemic because they are at higher risk from COVID-19 (11%).

Furthermore, another 10% of London-based respondents in work also described being discriminated against by their employers because of their fear of working from the office during the pandemic.

Claire Williams, Director of People & Services at CIPHR, said: “All organisations should already have equal opportunities and anti-harassment and bullying policies in place, but they have to go further to ensure that their actions also counter discrimination and encourage diversity and fair treatment. It is not good enough to just have a policy; employees expect more.

“Looking at this research, it’s concerning to see that workplace discrimination is still so rife, not just in the workplace but all the way through the recruitment process. Despite all the headlines and the calls for action, employers are still letting prejudice and unconscious bias turn away top talent from their business.

“To ensure a zero-tolerance policy on discrimination, and help organisations attract and retain the best employees, HR professionals need to work with their employers to make fundamental changes to processes, to minimise or remove the opportunity for bias.

“For employees suffering discrimination, reach out to your HR team or a trusted senior colleague. They should listen to your complaints in confidence, be empowered to take action where necessary, and be able to provide you with practical support and guidance.”