Letesia Gibson on coaching leaders to be “instinctively inclusive” 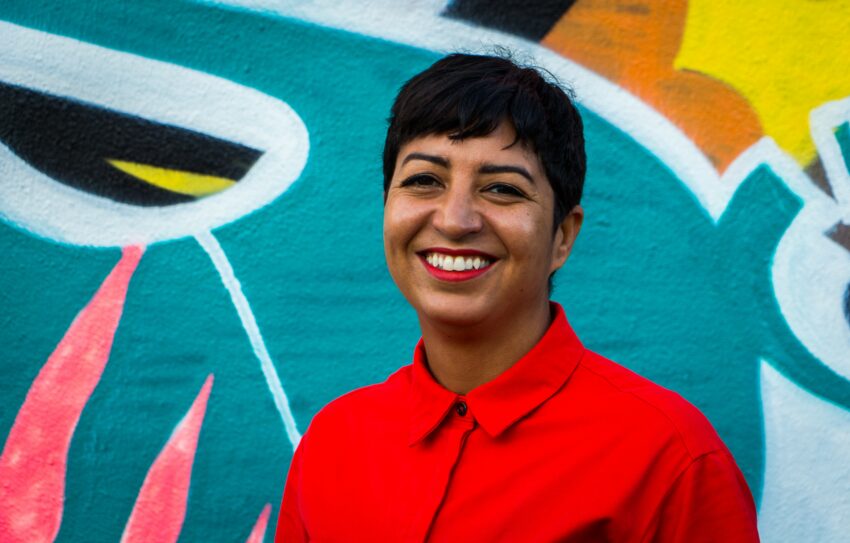 White leaders have a central role to play in anti-racism, says Gibson.

Letesia Gibson, Founder & Programme Leader at New Ways, an organisation that helps business leaders create inclusive work cultures, outlines the role of safe spaces in dismantling racism, why belonging should be the priority on your D&I list and what it means to be instinctively inclusive.

Many of us are facing zoom burnout after a year of pandemic-era working, and while George Floyd’s murder brought on a stronger drive to combat systemic racism, there’s a risk we could face an anti-racism burnout if we have the sentiment but not the tools to enact change.

Leading on anti-racism and being instinctively inclusive

This is where Letesia Gibson’s anti-racism course stands out; she teaches leaders to be “instinctively inclusive” where they are given an active role in dismantling racism. “This is a coaching led course as opposed to a training course, and that’s the first difference,” she says.

“It’s a partnership between me and the people who are on the course to get them to a sense where they feel empowered to lead on anti-racism because it’s one thing to talk about anti-racism, but it’s another to be a leader of it because you’ve got to think about how you bring the organisation along with you.”

She explains that some leaders can “struggle to understand” their role in anti-racism and believe their HR team or in-house D&I professionals should handle it. She’s also found that some participants question whether they should lead on anti-racism if they’re white, which she adds shouldn’t matter as long as they responsibly use their power and privilege.

For leaders that are still unsure about whether they have a role to play in anti-racism, she offers a simple but powerful explanation of what it means, “anti-racism is about being a better human, at the most fundamental level it’s about treating other people fairly and with respect.”

When they start the course, Gibson gets her attendees to a shared understanding that everyone is culpable in racism, whether it’s internalised, systematic or everyday racism. “If we start from that standpoint, then the job of anti-racism is to use all the tools at our disposal to find ways to counteract and dismantle it, and that can happen in lots of big and small ways.”

Another thing course attendees will have to prepare for is trauma, “the thing with racism is that it’s traumatic for everybody,” she says. “It’s not just traumatic for the people who experience racism; it’s also traumatic to wake up in your 40s and realise you didn’t notice that racism was all around us.”

Because the programme is underpinned by an intense emotional journey for many attendees, it’s essential that it takes place within a safe space, which Gibson says is vital to ensure progress. “It’s important that I can meet people where they are and with a real sense of compassion,” she says.

“I can also understand the shock, especially during the early stages of the course where someone is slowly waking up to ‘oh how did I not see this’? I’ve had people who couldn’t speak at the beginning and others who felt triggered by things. But that’s the value of working with a coach like me who is trauma-informed where I can support them and get them to a place where they can talk about this like any other topic.”

She agrees that her work wouldn’t be as effective without a safe space where attendees have the ability to learn without fear of causing offence. “I’ve been called into organisations when they try to have these conversations without a safe space, and what happens is peoples’ guards go up, and they get defensive. Some people choose not to engage, and there’s resistance which stagnates meaningful action.”

She also believes organisations should create a safe space to challenge all forms of workplace inequity, and her advice for building this includes “learning how to listen” and “bringing compassion.” She adds that it’s important to avoid the “binary culture” which casts people as right or wrong in these discussions.

Eager to affect a long-term mindset change among leaders, Gibson’s support doesn’t end with the course but continues via regular catch-ups with alumni, “it’s a free group, and we meet once a month, and we continue to share the things that are working or not working.”

Gibson says the corporate world needs “a lot of work” to break down the barriers to racial equity, where one of the most obvious points of exclusion is professionalism which she calls a white creation. “If you think about the way that people assimilate in the workplace, there’s a way that we speak and dress, and it’s all under this banner of professionalism which isn’t being inclusive to different groups and has actually been designed and led by white, middle-class men.”

Gibson also equates professionalism with “inclusion versus belonging.” She sees inclusion as something people achieve when they play by an organisation’s rules, “we see that perception of ‘being a good immigrant’ is stifling to a community of brown and Black people who feel they have to work twice as hard to be considered good enough professionals. We also see suggestions that being too loud, aggressive or unpredictable as labels attached to people who lack professionalism, and often they also happen to people of colour.”

On the other hand, she sees belonging as people “showing up with an assumption that we can all do the work,” which can allow people to be their authentic selves. She adds that creating a culture of belonging requires intention, examining values, and “interrogating our culture”, including “deliberately thinking about what we need to do to create pro-belonging behaviours.”

Gibson thinks COVID-19 may have helped dismantle ingrained ideas about professionalism where employers gained a deeper insight into the lives of their workforce. But has remote working achieved greater belonging for underrepresented workers? While she maintains that remote working may have minimised feelings of exclusion, it hasn’t eradicated the endemic problems with workplace equity.

“What is happening for a lot of people is it’s just it’s minimising moments like microaggressions or the problems in a culture. When you’re in your home, you can just turn off your screen and then you don’t have to deal with it in the same way as in a face-to-face environment.”

To lead on anti-racism, Gibson says leaders need to drill down on the “true meanings” of terms including diversity, inclusion, equity and belonging. She agrees that organisations often conflate diversity and inclusion when in reality, building a diverse workforce “doesn’t necessarily mean that the diversity will be unlocked.”

She thinks the focus should instead be on equity and belonging as these are more intentional, “we don’t want people to fit into the culture, we want people to come and add to the culture so that we can be greater than the sum of our parts, and then equity keeps us focused on the actual justice effect, right?”

As our conversation ends, Gibson explains what meaningful anti-racist approaches look like. She says recruiting people of colour to leadership positions counts as meaningful action while supporting Black colleagues following incidents such as the recent Dea-John Reid murder by communicating empathy is important too, “so an employee saying to another colleague, ‘I’m really sorry to hear that and sorry for what you must be feeling, that’s also an act of anti-racism,” she says. “So, it can be in big and small ways.”

The next ‘Real Talk About Race’ course commences online on September 14th 2021, to find out more, click here.