Faith is the forgotten D&I characteristic 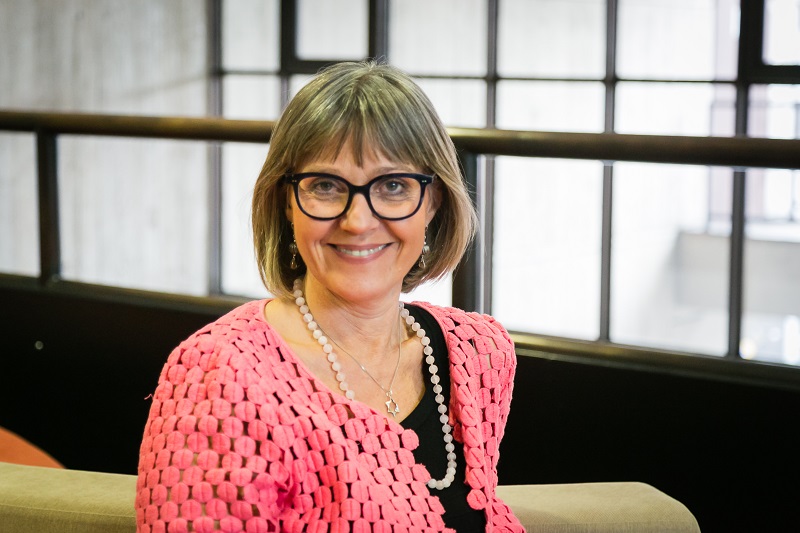 Laura Marks OBE, believes businesses can do more to support faith groups in the workplace.

Why recognising faith groups within the workplace can provide a much needed lift to your diversity, equity and inclusion strategy

Laura Marks OBE is a leading inter-faith social activist, policy advisor, writer and media commentator. She tells DiversityQ why businesses and organisations need to do more to understand people’s religious beliefs and how faith fits into their everyday lives.

While D&I policies support people of different genders, racial backgrounds, ages, and those with disabilities to bring their whole selves to work, they fall short on religion, with many faith groups feeling that they need to leave their beliefs at home.

“Nobody really wants to address religion,” states Laura Marks OBE. “While the world has moved a long way in terms of certain protected characteristics more than others, faith is the one that’s left behind. Yet, it affects enormous quantities of people.

Marks is one of the UK’s leading interfaith and civil society policy advisors and set up two interfaith charities. She believes that businesses have an important role in healing what she sees as the increasing fractures in society.

So, why don’t people feel they can bring their faith into work with them? One of the main reasons is that many non-religious people tend to have diverse and often opposing views about religion.

“The word sets off bells,” Marks explains. “Either that people do good, feed the poor and hungry and help the sick. Or, at the other end of the spectrum, it’s a font of all evil and associated with extremism, conservatism, narrow-mindedness, and oppression of women. The workplace is a microcosm of the real world, and sometimes language gives away our stereotype prejudices.”

She cites how much unacceptable language on social media relates to religion. In her own experience of chairing the Board of Trustees for Holocaust Memorial Day, Marks is disturbed by the continuing level of denial and antisemitic language. This and other anti-religious sentiments, as well as anti-vax and conspiracy theories, is creating division at a time when people are anxious as a result of the coronavirus pandemic.

COVID-19 was also pressuring faith groups to carry heavier loads – delivering food and calling on lonely and older people. Most of this is down to women, many of whom, this year, were trying to juggle homeschooling and holding on to jobs.

Employers need to embrace the reality that people’s faith comes to work with them, be open-minded, listen, ask the right questions and be more accepting of people’s religious beliefs. It is also important to avoid a one-size-fits-all approach.

“I’m female, I’m older, and I’m Jewish,” says Marks. “They all massively affect me, and they interact and influence each other. There’s the whole thing about intersectionality. For example, a Muslim woman who travels to work on the bus, wearing a hijab may be  constantly anxious about being attacked or abused.

She suggests that businesses should provide prayer spaces, where possible, but accepts that this may be difficult for small organisations. The important thing is developing a relationship that enables employees to ask for what they need to fulfil their religious obligations. This could be asking for more flexible working, such as going home on a Friday afternoon and being allowed to make up the hours another time. Similarly, any dress code should reflect the needs of those who choose to wear modest clothing.

Religious values in the workplace

Some large organisations are recognising their employees’ spiritual needs. Marks recently spoke to Twitter’s faith network. In a similar set up to the company’s women’s network, it included people from around the globe.

“It was so interesting to see people building their religious values into the workplace because Twitter gets a bad rap, quite rightly, for allowing the growth of hatred online,” Marks points out. “People from all different faiths came to this event. A lovely example was a couple of people talking about their grandparents’ experience of the Holocaust and that the other employees wanted to hear it.

“It was a very supportive environment for talking about prejudice and helped to understand that sometimes people are persecuted for their faith, or they have a certain set of beliefs or cultures.”

However, it appears to be the case that where faith networks exist within organisations, they tend to represent individual religions rather than faith collectively. Marks feels that companies could do much to break down the barriers and dispel some of the myths that exist. One idea would be to recognise and celebrate the different religious festivals by holding specific events. For example, this month inviting a Muslim member of staff to talk about Ramadan.

Marks states that as part of the one size doesn’t fit all approach, assumptions should be avoided. “I worked in an organisation where they said that they’d made sure that all the food was kosher because they knew I was Jewish,” she recalls. “But I would say I was much more interested in it being vegetarian because that’s what mattered to me. So, the assumptions we make are often just too broad.”

Finally, changing attitudes to faith groups should extend to funding. Despite the good works that many religious charities do, nearly all grant application forms exclude faith organisations.

“I assume it is due to the negative associations and the belief that they are going to try and sell their religion to a load of unsuspecting other people,” says Marks. “That’s nonsense because it’s the faith ‘culture’  that so often brings people together to feed, clothe and reach out to lonely people. So, there’s a clear role here for businesses to step up and engage with their employees on this issue.”