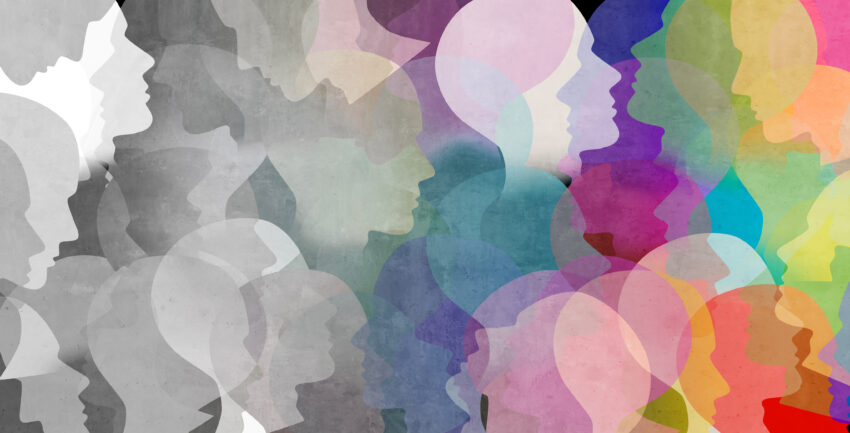 London & Partners, the UK capital’s business growth and destination agency, opened its doors to guests to discuss how the world’s leading organisations are furthering diversity and inclusion.

Last week’s digital event formed part of a broader series of events from London & Partners which included a first-ever virtual trade mission from North America to London for the LGBT+ community in February. Next week, they will host a trade mission to North America that will give businesses in diverse communities a “space to connect.”

“What we do know is that diversity, whether it’s through hiring, marketing campaigns, or business support makes sense in terms of profitability for business, it’s a fact, not an opinion,” she added.

She then welcomed the event’s first speaker, tech entrepreneur, and angel investor, Tom Adeyoola, Co-Founder of Extend Ventures, a non-profit organisation that helps democratise access to finance for underrepresented business founders through “data and research.”

Tom Adeyoola on funding equality and D&I after George Floyd

Adeyoola began by explaining the meaning of diversity, and how it can equate to fairness from a “societal perspective” but should also be seen as a business benefit, where “you cannot aim to serve a worldwide community if your business doesn’t represent the community you’re trying to sell into.”

He said he understood that for many start-up leaders, hiring people they know or who look like them can seem easier, but diversity cannot wait until a business has grown as it must be imbedded within the organisation from the outset to be effective.

Adeyoola started exploring D&I policies like non-bias job advertising and shared-parental leave in the businesses he is involved with. In others, he decided to make “social time as a business” as inclusive as possible and moved away from pub-based activities to more inclusive environments allowing Muslim staff to take part.

One of his most important diversity and inclusion goals to date is opening-up access to finance to ethnically diverse entrepreneurs through Extend Ventures, which he said started before George Floyd’s murder but now holds renewed purpose.

He referred to the work done by the Rose Review that highlighted barriers to funding experienced by female entrepreneurs but lacked a race and ethnicity lens. As a result, Extend Ventures and tech diversity network YSYS released a report last year that revealed a mere 0.24% of venture capital went to Black founders over the last decade, including only one Black female founder who had raised over £1 million pounds.

“Since we released that report there have been three Black female founders, one of whom I’ve invested in,” he said, which he added is an “indication that you can’t change what you don’t measure.”

Adeyoola concluded that despite there being a lot of work to do to advance racial equity in business, that the past year which saw George Floyd’s murder, subsequent protests, and the rise of homeworking during COVID-19, had accelerated workplace D&I discussions and “humanised” the employee experience where employers saw more into the lives of their workforce.

The floor then opened-up to Kelly Metcalf, Head of Diversity, Inclusion and Wellbeing North-Western Europe at communications technology giant, Fujitsu.

Metcalf began by explaining how Fujitsu’s “Japanese heritage” guides its values, where company purpose is based on societal impact through innovation. To create products that benefit their global customer base, she explained how important it was for Fujitsu to have diverse talent “at the table” which includes progressing careers for diverse people to ensure there’s diversity “at all levels.”

She continued that the company sees diversity “in a broad sense” which goes beyond differences “that can be put into a box” which creates inclusion by bringing together “difference in an environment where everyone is encouraged to be themselves.”

Fujitsu has five diversity and inclusion networks that are employee-led which helps the leadership team “understand the experience of employees with diverse backgrounds.”

Metcalf added that their diversity and inclusion strategies are under underpinned by stories, such as listening to employee experiences, as well as insights from surveys, employee feedback, and “people data” to help them understand “unintentional barriers to career progression” and find out where they need to “work harder to find diverse candidates.”

She said they have also made “good progress on the gender pay gap in the UK”, which they have brought down by “just over 6 percentage points” since they first published the data in 2017. Their next step in achieving employee pay equity is their first ethnicity pay gap data set, which they expect to publish in the next few weeks.

Next up was John Clark, Commercial & Finance Director, Europe, at construction multinational Lendlease.

Clark said how diversity and inclusion had been imbedded in the firm’s DNA since its inception by its founder, Dick Dusseldorp who he described as an “early pioneer” of the idea that a company should be about more than just generating profits.

He then outlined their diversity and inclusion initiatives for the year ahead, including community groups for LGBT+ and ethnic minority staff, mental health first aid courses, and a reconciliation programme to help aboriginal people re-establish their culture in Australia, where the firm was founded.

Clark demonstrated how inclusive the culture is at Lendlease through his personal experience of coming out as gay in 2002 where he didn’t experience any form of workplace discrimination. He added that his original boss, who was also gay, helped him understand the value of authenticity and bringing his “whole self” to work.

He also said that despite the world of construction often being associated with white, male, and heterosexual men, he has always felt that he was valued, first and foremost, for his work.

He summarised: “So for the people with small businesses out there, take a leaf out of the book of our founder, and have a goal when it comes to sustainability, diversity and inclusion and make it fundamental to what you believe in. You don’t have to be ground-breaking but you do have to have a vision. There are things that you can do that give you a reputation that won’t cost a lot of money. Be brave, listen, and ask questions.”

IBM’s approach to collaboration and allyship

Stephens explained how they have had a “100-year progression” on diversity and inclusion, but that they have much more to do, which includes “fostering a culture of conscious inclusion and active allyship.”

She said how last year gave the company time to reflect and “be honest about our gaps.” One of their new directions is moving from only leadership-led decision making to “employee co-creation”, she added: “How can you be inclusive if you’re not co-creating and collaborating?”

She added that this form of working not only leads to better inclusion, but greater “diversity of thought.” This new direction was formed from the results of their recent employee engagement survey which has “fuelled this progression.”

They have also done a lot of work on unconscious bias to move towards more “conscious inclusion.” She went on to say that one of IBM’s D&I mantras is “it’s not enough to acknowledge you have unconscious bias.” The way IBM has managed to take this mantra forward is by examining and understanding what inclusive teams look like and how they are built, she added.

“Unless you’re being consciously inclusive, you’re probably being the opposite,” she said, and advised that leaders look at who they have “around the table” and who they are “taking to client meetings” and if they all look the same there’s some inclusion work to do.

IBM is also working on being “colour appreciative” rather than “colour blind” where she said George Floyd’s murder and the rise of the Black Lives Matter movement worldwide meant they had to have some candid and tricky conversations: “What I mean by tricky is that we had to have some sensitive conversations that we might have previously shied away from.”

Stephens stated that teams needed to be given the “language” to be able to talk about “topics and concerns around race and ethnicity,” which helps move conversations on from “passive non-discrimination to active allyship.”

She added that at IBM they talk a lot about being “upstanders” which includes calling out non-inclusive practices and behaviours. She said that allyship at IBM is based on gaining the right training so people can call out these incidences and show others how to become effective allies.

Stephens finished by outlining the company’s strategic priorities for diversity and inclusion which consist of advocacy, accountability, allyship, and employee experience, adding that IBM must use its “brand and size” to be D&I advocates both within and beyond the organisation.

She also added that “leadership accountability” is now hardwired into executive behaviour where things like compensation and bonuses are measured by the extent of diversity and inclusion priorities within their teams. In terms of allyship and employee experience, they have around 300 employee resource groups.

To find out more about the event’s host London & Partners and their Business Growth Programme, click here.