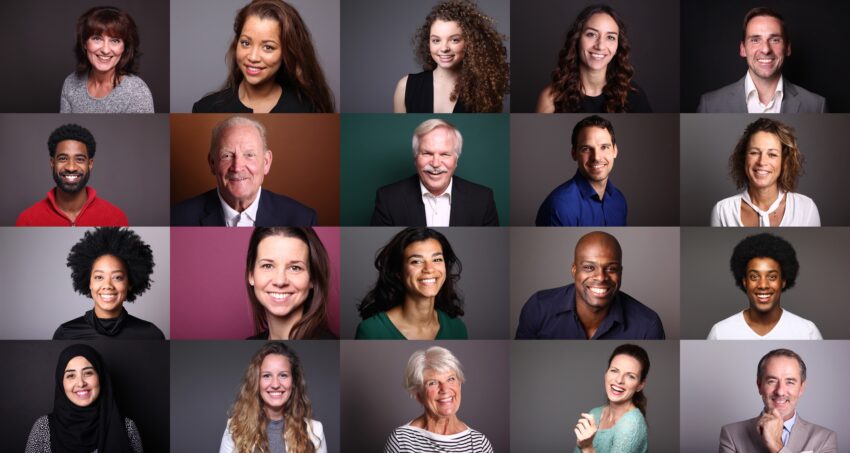 The study revealed the two generations hold quite different views on social and business topics.

Will their different views on racism and business responsibility prevent work collaboration?

Gen Z and baby boomers are in disagreement about whether racism is still a problem in the UK; the ‘2021 BCW/PSB Generations Report’ reveals a generational divide where 63% of Gen Z claimed the country is going in the wrong direction while 61% of baby boomers said the situation is improving.

The report also found that for Gen Z respondents, after COVID-19, racism was the most important factor impacting British society ahead of the environment and climate change. For baby boomers, social-political issues such as fake news, government spending, and criminal justice reform ranked higher than racism.

With members of both groups in the workforce, these differences could be detrimental to inclusive working relationships between the generations and could harm allyship between older workers and underrepresented groups, it may also impact engagement with and support of race-related D&I initiatives.

In terms of business responsibility, the study reconfirmed existing evidence that “younger generations are more likely to want corporations to speak up and take a stand on social issues as they emerge,” while nearly half (48%) of baby boomers think brands should “stay out of social issues altogether.”

However, as Gen Z will soon account for a significant amount of the global workforce and grow in power as consumers, organisations will not be able to afford to not take a stand on important social issues.

Employers might have to engage older workers in diversity and inclusion training courses in order that they better understand and empathise with the situation of underrepresented groups, while team-building exercises to foster inter-generational collaboration and fellowship could boost productivity and allyship.

However, the research also revealed some agreements across both generations, including that “businesses should pay a tax on the level of data they hold on individuals” (62% overall) and that they “should do more to tackle climate change”, (33% overall).

With this in mind, businesses should ensure relevant policies are attractive to both these groups as it could encourage better talent recruitment and retention and could boost consumer sales and engagement.

For businesses that are trying to hire or sell goods and services to Gen Z, the report found that “younger Brits are more likely to support a brand that speaks out against police brutality towards black people, as well as seek out employers that focus on diversity in its leadership ranks and speak out against social issues more generally.”

The study also found that “almost 1 in 5 have made a purchase in the last year to support a Black-owned business,” this was in comparison to 1% of baby boomers.

Gen Z are also more concerned about sexism (16% versus 5% of all respondents) and LGBT+ rights (13% versus 4% of all respondents) meaning that businesses wanting to recruit them must demonstrate their social accountability via both internal and external diversity and inclusion and social impact initiatives.