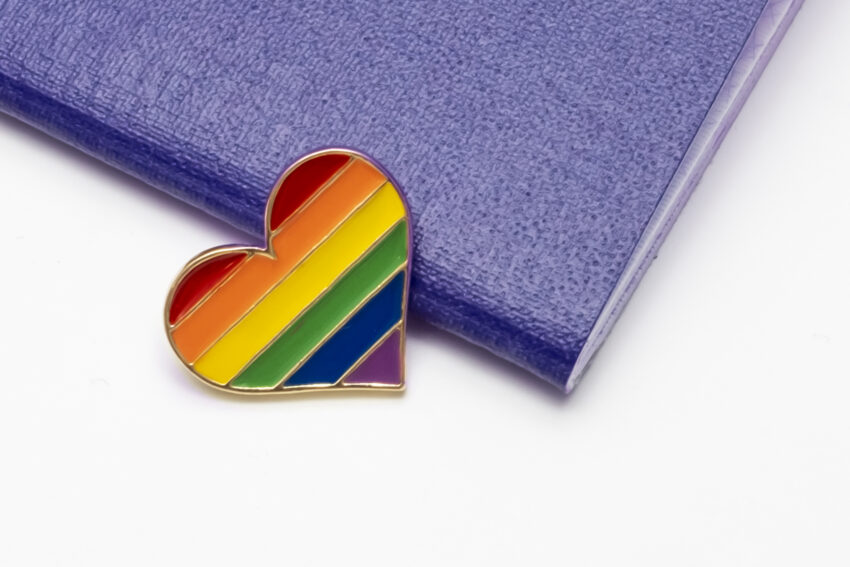 Business mentors can help refugees with their interview skills.

A new scheme between some of the world’s best-known businesses and LGBT+ refugees fleeing war and persecution aims to prepare this talent pool for new careers where they feel they belong.

The Tent Partnership for Refugees invites LGBT+ employees and allies to become mentors to LGBT+ refugees seeking a fulfilling career and a safe life in their new homes. The scheme was created by Hamdi Ulukaya, Founder and CEO of Chobani, a US best-selling yoghurt brand that was named one of the ‘Best Places to Work for LGBTQ Equality’ by the Human Rights Campaign,

The Tent Partnership for Refugees

As part of their commitment, mentors will offer refugees CV writing tips and help with interview preparation.

Nineteen multinational companies have already signed up for the programme and have committed to mentor at least fifteen LGBT+ refugees over the next three years via their workplace Employee Resource Groups (ERGs).

These include the likes of management consultants Bain & Company and biotechnology company Biogen. Investment banking company Citi has pledged to undertake the programme via their Citi Pride Networks in London, Belfast, and Toronto.

Pharmaceutical giant GlaxoSmithKline has committed to mentoring refugees in New York, London, and Philadelphia via Spectrum, their ERG that supports employees “across the spectrum of sexual orientation or gender identity.” Coca-Cola, Costa Coffee, and drinks company Innocent will also get involved in the mentorship programme via their ERGs in London.

In an exclusive event about the new programme, Ulukaya said while it was a “good step forward” that the UK has accepted refugees from Afghanistan, LGBT+ refugees from the country are the most vulnerable group where being gay is punishable by death, making relocation a life or death matter.

He added that he hopes the programme has a ripple effect within businesses, so when a mentor meets with an LGBT+ refugee, “a connection gets built then a mentor has friends and colleagues that come along with them, so it becomes a community.”

LGBT+ advocates speak out in support

Joining the conversation was Nancy Kelley, CEO of UK LGBT+ rights charity, Stonewall, who said the organisation has been “in touch with people that can’t leave their house in case they’re denounced to the Taliban.” She added that the “UK has stepped forward, which is good” but that more countries and governments should do the same and welcome this vulnerable community.

She then explained the importance of the programme and said that around a third of LGBT+ employees don’t feel safe coming out at work for fear of discrimination. She added that for LGBT+ refugees from Afghanistan, “where coming out is profoundly dangerous, feeling safe at work is an incredibly high bar”, where this programme shows “you’re welcome exactly as you are.”

She outlined how LGBT+ refugees could benefit from the programme, including how mentors will help them understand the UK job market, build professional networks, and help prepare them for interviews.

She went on to say how there was “very little available of this kind in the UK”, which involved having major companies come to the table with career expertise to help LGBT+ refugees “find their place in the workplace.”

June Sarpong OBE, TV Presenter, Diversity Expert & Award-Winning Author, also joined the discussion. She believed the programme was important because of its ability to “build empathy.” She also credited the programme for encouraging belonging, where any firms involved prove they accept people with an LGBT+ identity and the challenges they face “from the get-go.”

She added that this was especially important for refugees dealing with many forms of trauma, including displacement, fitting into a new nation, language, a new work environment, and then sexual identity.

She also said that understanding the lived experience and different types of discrimination underrepresented groups face was key, where the programme “gives colleagues a wider understanding of how deep this stuff goes.”

Then Moud Goba, LGBT+ refugee and National Manager at community non-profit organisation Micro Rainbow joined the conversation and outlined the programme’s benefits from her perspective.

She said she was an asylum seeker from Zimbabwe, where LGBT+ people still face discrimination and experienced a lengthy asylum process when she arrived in the UK. She explained how the asylum process can be dehumanising where you can “lose your self-esteem and have to explain gaps on your CV.”

To find out more about the Tent Partnership for Refugees, please click here.