The rise of pandemic-driven xenophobia: why we need to fight back 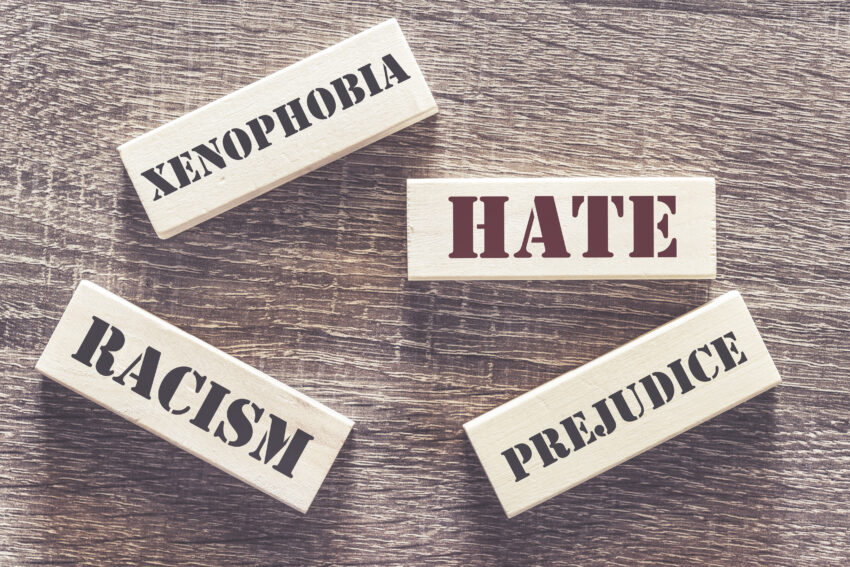 Threats to humanity, particularly the insidious nature of pandemics, increase xenophobic behaviour in humans. Why?

Our evolutionary history explains why and at the same time makes a powerful case for organisations and individuals to commit to even more proactive efforts to increase diversity and inclusion in the wake of COVID-19.

As we mark the first anniversary from the date of the first lockdown, now is a good time to take stock of the extent to which life in the twilight world of the pandemic has impacted society, and specifically, on diversity and inclusion.

While the detrimental effect of the pandemic on female careers has been well-covered,  this is not the only area where inclusion has taken a significant step backwards.

As we have individually isolated from each other in the last year, we have also turned our backs on other groups, as evidenced by the rise of xenophobia, racism and nationalism.

As a return to normal working patterns comes closer, it is critical for leaders to acknowledge these powerful forces and appreciate why they have arisen and the actions that need to be taken to ensure that progress on diversity and inclusion isn’t derailed entirely.

Over a series of three articles, we will address each of these questions, providing you with insight that will help you make a difference in your role, starting with an exploration of why collectively we appear to have been gripped with an aversion of others during the pandemic.

Division and exclusion: the legacy of COVID-19

In a world where we appear committed to equality, diversity and inclusion on the surface, the last 12 months have laid bare how far we still have to go to make meaningful progress.

As public health data has emerged to show the higher prevalence of deaths, illness, and hardship among ethnic minority groups, it has laid bare the systemic inequalities that have made them more vulnerable: housing, employment, and the state’s ability to look after them.

As the pandemic progressed – particularly in the early days – we saw incidents of xenophobia and racism emerge. It came from the mouths of leaders like President Trump who talked about the ‘China Virus’; it was evident in the 300% increase in racially violent social media hashtags against China and Chinese people; in the racial abuse directed to Asian doctors in the UK and we saw it on UK university campuses where Chinese students have been targeted.

So, why has this happened?

For xenophobia and racism to thrive you need fear and uncertainty, and the pandemic has provided a perfect storm to trigger and sustain these emotions.

People act more irrationally when anxious, and there is a long history of infectious disease outbreaks being associated with scapegoating and the ‘othering’ of groups of people. For the bubonic plague, Jewish people were blamed; the 1918 influenza pandemic was demonised as the ‘Spanish Flu’; HIV/AIDS was pinned on homosexuals or Haitians, depending on where in the world you were.

These instances are not merely coincidental. Human beings are designed to form social groups and coalitions, prioritising the ones that they personally belong to. This is the evolutionary root cause of racism and is the common thread which unites decades of research in psychology, neuroscience and cognitive anthropology.

For our ancestors, belonging to a group meant increased safety, shared resources and reproductive opportunities. The result is that now we are an incredibly social species to such an extent that studies show that solitary confinement is equivalent to a form of actual torture. We’ve seen evidence of this in just how difficult isolating has been this past year.

So, forming groups is a good thing… until it isn’t.

The problem is that as groups form, inter-group competition increases. As the pressure to support members of your group increases, differences and divisions emerge creating an ‘us versus them’ environment.

It is when we bring this entrenched behaviour into today’s world that the issues arise as groups can be formed on entirely arbitrary categories.

Studies have shown that these categories can be as meaningless as a shared preference for an artist or where you studied. Often, there’s actually no real reason for these groups to be formed for any reason other than for their own sake, particularly when necessary resource acquisition isn’t up for grabs.

The key point here is that we are primed towards viewing the world in coalitions and preferring our ‘in-group’,  so even when the line being drawn is objectively arbitrary, we are nonetheless predisposed towards viewing our group members as ‘smarter, better, more moral and more just than members of outgroups’.

Which takes us back to the rise of racism and xenophobia in the pandemic.

Visible differences are an easy distinguisher and a cognitively simple line to draw. Hence, it’s almost intuitive for someone to feel more at ease around people who look like them – their very appearance is an obvious signal of an in-group member.

Where we come up against a person of different race or ethnicity, the opposite applies: we throw up the barriers.

The result of doing this in previous decades are evident in the world today, from individual to institutional levels of racism.

The behavioural triggers that drive conflict

Prejudicial behaviour may be intuitive, but it isn’t inevitable.

A key part of our success comes from the ability to override ancient processes and live to new norms.

This isn’t always as simple as sounds. It not only takes a time for our modern minds to catch up with the instincts which can be unhelpful or downright destructive, it also takes effort to overcome them.

One example of this is our relationship with sugar. While loading up on sugary food was key to survival for our ancestors, today this is something which puts us on a fast track to obesity and illness.

We now know the only way to manage this conflict is to manage the behaviour, something which is now broadly instilled on us in childhood.

Despite this, there are many of us who still find resisting the siren call of the cookie jar incredibly tough.

The last year of the pandemic will have brought another powerful survival reflex to the fore.

This is the Behavioural Immune System (BIS) which acts as a first line of defence to prevent us from the pathogens which will make us ill. (The inability to gather food whilst sick was a highly costly disadvantage to our ancestors).

When you wince at someone coughing on food you are supposed to eat or blasting a sneeze through a train carriage without covering their mouth, your disgust is powered by your BIS which uses revulsion to keep you away from the source of illness.

In the course of the pandemic we have been quick to update our responses to the new environment to the extent that an uncovered face or any form of coughing elicit a strong response.

But not all reactions from our BIS benefit us.

The ‘better safe than sorry’ mode in which our BIS operates is highly sensitive to people out of our immediate group who may threaten our health. In other words, ingrained survival instincts can trigger to subconsciously xenophobic reactions to those we might perceive to be outsiders: those of different ethnicities and cultures.

Few, if any of us, would disagree that this pathogen-triggered xenophobia is anything other than surplus to needs today.

Taking time to understand the root causes of xenophobic or exclusive behaviour is a critical first step to working out the actions we need to take to influence the organisations and institutions we come into to contact with.

In doing this it is clear that inclusivity doesn’t happen by default. In fact, when faced with such powerful counter-forces, it needs more proactive encouragement and the support of inclusive leaders.

It also requires a reset in our perspective. The echo chambers of social media and culture wars which play out daily have focused discourse on opposition, division and antipathy towards others.

The late MP Jo Cox said in her first parliamentary speech that ‘we have more in common than that which divides us’.

If we reorient ourselves to this truth while being conscious of powerful behavioural biases at play, then our job as individuals and as leaders in resisting divisive destructive behaviour is all the easier.

It is only by doing this that we can avoid marginalising particular groups, whether is through unacknowledged personal bias or being part of a system, which rejects such groups.

We have seen that forming coalitions and groups happens on an unconscious level – it is a rapid and automatic judgement of whether an individual may pose a threat as an out-group member and it is an outdated mechanism.

A way to override these unconscious judgements, therefore, is to deploy that which makes humans human – by engaging rational thought. We must be aware of our implicit biases and take active steps towards engaging our conscious brain capable of logic.

While we may all be predisposed to a background level on unconscious racial bias, we also have the power to do something about it.

In our next piece in the series, we’ll look at how we can realise our individual implicit biases and actively challenge them by engaging our rational minds. This will cover environmental cues and the power of leadership, the recognition of our common humanity, and modern technology and social media issues.

Kelly Hart works in the Insights team at the Executive Coaching Consultancy.