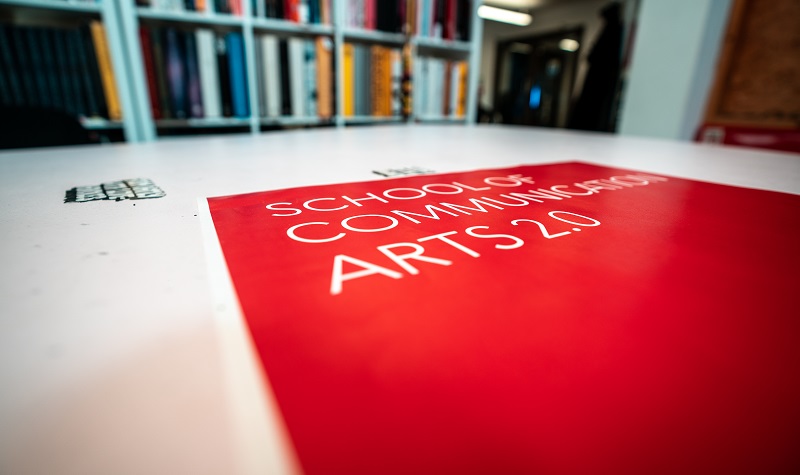 Opening the doors to the creative industry to more people from diverse backgrounds is a matter of finance. Tom Crossley, CEO of the School of Communication Arts (SCA), explains why agencies need to do more to support and secure their talent pipeline.

If Tom Crossley could wave a magic wand, creative agencies would be funding scholarships to make the industry more diverse and inclusive.

Unfortunately, the School of Communication Arts (SCA), of which he is CEO, is not Hogwarts. Although you could say it has been providing its own brand of wizardry – it consistently produces the best creative talent, with many of the top agencies staffed by SCA graduates.

Crossley cannot conjure up a spell that would induce agencies to “give us the money”. Instead, he is relying on the powers of logic and persuasion. And he has a strong argument, pointing out that “agencies are only as good as their talent, which they say is the most important thing. The second most important thing is diversity and inclusion (D&I). Without the SCA, you lose the whole pipeline of talent.”

Crossley has penned an open letter to the creative industry urging them to do more to encourage young people from low income and underrepresented backgrounds into the sector.

A recent census by the Ad Association showed that just 19% of the workforce identified as working-class, and only 3% were Black. Crossley believes that the creative industry is paying lip service to D&I. He argues: “People are talking about it all the time. But talk is cheap; it’s what you are doing that makes the difference. And some agencies are not doing anything or, if they are, it’s vanilla – really just virtue signalling.”

As the SCA is a non-profit organisation, it relies on donations to create scholarships. Crossley would love to deliver 500 scholarships a year; he just needs the money to achieve it.

“I know that, if you gave me £8,000, I could educate someone who will have a job six months after graduating,” he says.  “We’ve got the track record – 80% of our students get into paid employment within six months.

“So, I think in multiples of £8,000. Wouldn’t it be great if agencies paid half a percentage of their profits into a diversity fund? And that diversity fund was used to create scholarships for people who would never get into the industry because they don’t have the financial clout.

“If you donate £10,000 to the SCA, it gets someone from an underrepresented or low-income background into the industry. On top of that, I will demonstrate how to deliver ten times the value.”

For example, Crossley suggests that agencies issue briefs to the school instead of hiring freelance teams. He recalls that hiring a freelance creative team could cost £1,000, whereas the SCA could provide 10-20 teams for the same investment. By diverting money from their freelance or learning and development budgets – money already within their organisation –, agencies would have access to a wide range of SCA talent. Also, instead of creating their own training programmes, they could benefit from partnering with the school.

On diversity, he says the creative industry has “a very narrow definition” based on gender and minority ethnic groups.

“But we need to think more broadly,” Crossley argues. “What about people with no qualifications or those with a criminal record? What about people with disabilities or who are neurodiverse? The school focuses on getting people from very broad backgrounds – we have the networks and relationships.

“For example, our last intake just after Easter included people from housing estates in Southwark. We also enrolled a lady with disabilities, who hadn’t left her home in two years, with raw talent and an amazing creative brain.

However, he points out that, as well as creating opportunities for diverse talent, it was crucial to create the conditions that made them feel welcome and included; otherwise, they would leave.

There was an argument for the industry to do more in the way of education and raising awareness. Says Crossley: “It’s still a very white, middle-class industry. I went to a grammar school, and I would describe myself as middle-class but, when I was growing up in Yorkshire, I’d never heard of a creative industry, let alone an agency. So how would someone on an estate in Southwark or a low-income neighbourhood know?

“In Scotland, they’ve managed to get the creative industry onto the curriculum in secondary schools. I’d love that to happen in the rest of the UK because it has to start at school. SCA has been going into schools, one at a time, which is not going to fundamentally change things. This work needs to be driven at an educational level.”

The SCA has been driving the diversity agenda for the past ten years but has found it challenging of late. This has been worse following Brexit, which has resulted in a lack of international students. The coronavirus pandemic has also prevented people from making the journey to London.

Crossley says an upside has been that the school has moved courses online for half the price. “Rather than being limited to 50 students in Brixton, we could be 500 students anywhere in the country,” he reveals.

“There’s no reason why 250 of them couldn’t be from underrepresented backgrounds. We just need more investment from the industry. What frustrates me more than anything else is that the best agencies in London have SCA graduates at their heart. But, without their donations, we don’t have any scholarships.”

He admits that success for the SCA meant still being around in five years. In that time, it would be possible to bring in 1,000 people from diverse backgrounds through online learning. That, in turn, would help to attract even more.

“Without the SCA, I don’t see how we can diversify the creative sector,” Crossley states frankly. “It would be criminal if we were to close and these opportunities get taken away, especially when you consider that most agencies are spending more on client entertaining, fruits and postage.”

One lifeline – given time – would be to pursue working directly with brands. In other words, those businesses with their own creative departments. The SCA has already notched up success in this area, working with EDF energy on a brief to reframe the perception of nuclear energy.

Says Crossley: “We loved working with them. It was a really challenging brief. EDF was blown away. So, there’s no reason why any big corporation who want to get diverse approaches to solving their particular problems in marketing couldn’t work with us. We will work with agencies, tech companies, anyone who wants to issue a brief into an incredibly creative, incredibly diverse group of people.

“I’m open to speaking to anyone who’s passionate about diversity and who wants to support the school, whether that’s an agency or brand. I would love to have a cup of tea with them.”