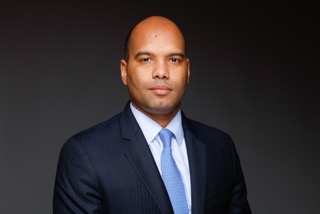 Mentors within an organisation can also be used for guidance and propulsion, says Sidibe.

ESG Clarity and sister publication DiversityQ have partnered with the reboot. campaign to spotlight the journeys of successful ethnic minority professionals who have risen to senior positions in the corporate world.

The series aims to support positive dialogue on race in the workplace and engage senior leadership across large organisations to help tackle conscious and unconscious biases, as well as create a truly inclusive workplace, by showcasing the ‘SuperBAMEs’.

Joseph Sidibe’s journey to becoming Director in platform sales at Citi took him from his native France through the Ivory Coast to the UK where he now lives.

Along the way, Sidibe realised many of the issues ethnic minorities face can be traced back to the racial wealth gap.

The median accumulation of wealth through homeownership by a Black family over the past decade in Great Britain is zero, according to data from the Office for National Statistics.

The fact that many (though not all) ethnic minority groups own and/or earn significantly less than the national average is cause for concern. It’s a complex issue, requiring direct and indirect input from a wide range of institutions and individuals, but it’s a gap that needs to be closed.

Minorities also need more exposure, Sidibe says. This means showing school children and younger people what is possible and what can be achieved. “You don’t know what you don’t know,” he adds.

He’s a fan of mentoring at school – showing kids just what happens in corporations, how and why – and, most crucially, showing them that a path can exist for them.

He adds: “We need to show ethnic minorities you can achieve what you want. Kids tend not to think ‘maybe I could be a trader or a scientist’ because they’re not exposed to this world.”

However, Sidibe says, increasing the percentage of ethnic minority graduates is the easier part. The harder part is helping them succeed.

“We’re not taught to ask questions or to challenge”, says Sidibe of his, and many others’, experience. “But in our industry this isn’t helpful because you need to ask questions and challenge and be a forward-looking person. I’d like to see more programmes within companies geared towards supporting minorities.”

Mentors within an organisation can also be used for guidance and propulsion, Sidibe adds.

In his experience it can sometimes be hard to find the right people higher up the organisation to help. So he always advises those closer to the start of a career to push their luck a little bit, and reach up to senior people in their organisation.

And when you have a mentor, it’s vital to ask questions about their journeys, learn from them and help them feel comfortable with you.

The interview, conducted by Citi managing director, research, Vivienne Omaset, is below: