Personality at work – focus on what’s useful, not what looks shiny 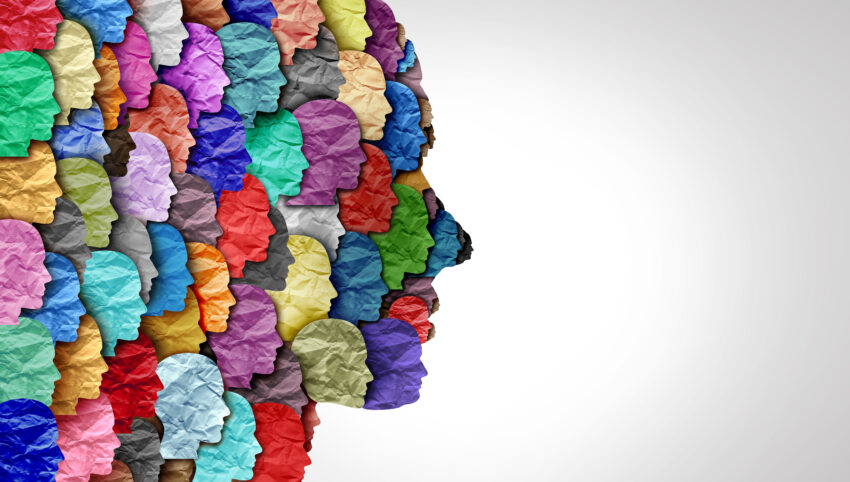 It's essential for companies to identify the difference between the desirability of traits and their usefulness.

Emeric Kubiak – Research Psychologist at talent assessment solution firm AssessFirst, breaks down the nuances of personality traits at work and what is useful for organisations to know.

Personality is increasingly considered when it comes to HR decisions (whether it’s choosing the best candidate for a job, identifying internal talent, or assessing leadership potential). And that’s good news, as personality is one of the best predictors for job performance, as well as for other life outcomes.

In practice, however, certain mistakes remain prominent, preventing us from making use of the full power personality has in predicting success at work.

The growing interest among HR professionals in personality at work coincides with a marked increase in certain attributes’ desirability.

Many companies aim to recruit profiles that reflect the most socially praised traits, like creativity, organisation, or emotional intelligence. Nevertheless, this lens for examining personality is built on a fallacy, thinking that there is a “good” (or “bad”) personality that can act as a universal and linear indicator for predicting job performance.

Even for traits that provide rather consistent predictive value, for example, conscientiousness is generally linked to increased job performance, regardless of position. Curiosity, too, is also typically a strong indicator of success in a constantly changing world. Personality, as it pertains to an employee’s success, provides a more clear and significant predictive value when considered in a specific context.

Thus, it is essential for companies to identify the difference between traits’ desirability and traits’ usefulness; even though a specific personality attribute may seem desirable, it will not necessarily be useful to perform in every situation – sometimes, it may even be counterproductive and lead to failure.

For example, Timothy Judge and Cindy Zapata, of the University of Notre Dame, use the trait activation theory to show that:

A certain work situation will therefore be relevant to a specific personality trait (and vice versa) as it offers the possibility of activating this trait. Personality traits should therefore be viewed as latent attributes, which are activated in response to relevant contextual cues.

Furthermore, the more a situation allows a person to activate their natural personality traits – in other words, the more they are able to be themselves – the more likely they are to be successful and satisfied. In fact, people find strong intrinsic motivation when they can express their natural traits.

Conversely, if a person has to adopt behaviours that go against their natural tendencies in order to fit a situation, they are likely to become frustrated and perform poorly. For example, recruiting a creative person because creativity is a socially desirable trait, but not because the situation demands it, will simply aid in the disappointment and failure of that person in their role.

Identifying useful traits for a given job

In order to get the right personality in the right place, it is above all else necessary – even before looking at any candidate’s personality – to find out which traits really correlate with success for the job you’re recruiting for.

This exercise requires an in-depth analysis of the work situation, from a specific personality angle (commonly referred to as “Personality-Oriented Job Analysis”), taking into account several factors, including those related to the tasks that the person will have to perform, those linked to the social aspects of the job (i.e. management style, teammates personality as well), and those linked to the organisation itself (i.e. compensation, reward policies).

While this work may seem simple, it nevertheless requires a strong sense of objectivity. The validity and reliability of your analysis will depend on your ability to identify personality traits empirically and statistically linked to performance. From there, two strategies are possible.

The first is to organise a small analysis group that will work on identifying these traits. Thomas O’Neill, Richard Goffin, and Mitchell Rothstein of the Universities of Calgary and Western Ontario offer a review of several proven and valid methods to conduct this work. To be effective, make sure to:

Although this approach is a step forward compared to other useless and unreliable techniques that are still often used (i.e. inferring personality traits from a simple job title), it nevertheless reaches its limit in the sense that it remains highly influenced by cognitive biases and human intuition.

The second strategy uses algorithms, which, when well-developed, promise a bias-free analysis. It is possible to identify the personality traits that explain performance for a specific job by crossing two types of data; first, data relating to the personality of the people who are in this job, and second, data on the performance of these same people (i.e. their performance scored on a scale – the more performance is based on objective data, measuring the real contribution someone has, rather than just a manager’s subjective view, the better).

After a series of logical operations (i.e. linear regressions), the tool will propose a reliable and data-driven model with the personality traits that best explain performance in this position (as well as those that can be counterproductive). Even if algorithms and A.I. cause legitimate concerns, it should be kept in mind that these are tools to support the decision-making process and that humans are still owners of the final decision.

Like weather forecasting, weather data analysis may tell you with high accuracy that it’s going to rain tomorrow, but you still have the choice to go out without an umbrella. Nevertheless, A.I. has the unrivalled capacity to spot things humans can’t usually see and to bring out what really matters when it comes to understanding what helps job performance. Put another way, it keeps us focused on what’s useful, not what looks shiny.

Recruiting for personality cannot be an improvised act or system. For it to be effective, we need to understand with high objectivity which facets predict success in a particular job or company. To achieve all of this, we must prioritise evidence – the traits that are proved by data to explain job performance, rather than relying on our intuition – the traits we believe explain job performance.

Emeric Kubiak is a Research Psychologist at AssessFirst, a talent assessment solution company.