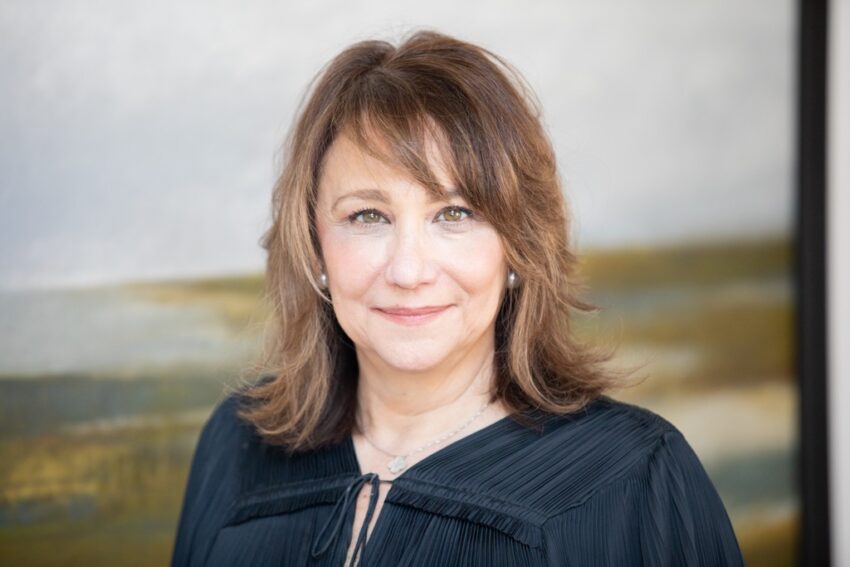 Rossi (pictured) was shocked at the disability employment statistics in the US.

Creative Spirit is shifting employer attitudes towards IDD hiring, one candidate at a time

Laurel Rossi co-founded Creative Spirit in 2017 to place people with intellectual and/or developmental disabilities (IDDs) into positions at top companies. While these candidates may not always be social butterflies, their abilities and work ethic have often surprised and impressed employers.

Based mainly in the US, but with a presence in Australia and the UK, Creative Spirit could help bridge the disability deficit on a global scale, where Rossi believes its “social model” is what makes them stand out in the neurodiverse hiring space: “If you have autism, an organisation will help you capitalise on those skills, or if you have Down syndrome, but what we didn’t see was an organisation that was focused on a social model, which is to take your abilities or skills and match them to purposeful job descriptions that make sense.”

In terms of candidates, Creative Spirit “pretty much services everybody” and welcomes the vast spectrum of disabilities into their fold, from people on the autistic spectrum to those with physical disabilities. However, they don’t push candidates to state their specific condition: “Because we don’t follow a medical model and we don’t ask for a diagnosis, we instead focus on a social model, which says that if you come to us and don’t want to disclose, we don’t force you to do anything.”

The skills IDD candidates bring to the workplace

For many employers, job-seekers with disabilities, particularly non-physical, may highlight concerns about ability and adaptability to a workplace environment. But Rossi has seen the skills they can possess, including a strong “digital focus”, especially among younger candidates that have grown up as digital natives.

“They understand social media because they spend a lot of time unfortunately alone”, she says. “So they are digital natives in that way as well.”

An impressive fact about Creative Spirit alumni is their job retention rate: “Everybody’s super grateful to have their jobs, every one of the candidates that we’ve placed has stayed in their job, even if they were furloughed during COVID-19, so they’re extremely loyal, and most are super focused.”

Older candidates come to Creative Spirit too, where many have had jobs before, but things didn’t work out either because they didn’t disclose their disability or get the right accommodations. Of these workplaces, Rossi says, “they don’t have the coaching support that we supply, both to the candidate and to the hiring manager who’s managing this individual, and so with that in place, we think the coaching is the secret sauce.”

The myths around IDD hiring

Rossi says “lack of training”, and naivety among organisations around hiring disabled talent and supporting them means that disability inclusion is further down the pecking order of workplace D&I. To change this, Creative Spirit undertook research where its findings point to three main reasons why firms are hesitant: “Number one is they believe there’s no pipeline, number two is a lack of training, and the third is, ‘if I’m faced with a candidate that I believe has a disability and somebody else with the same qualifications, I’m going to believe that the neurotypical person is more qualified’.”

Clearly, prejudice remains a barrier to disability inclusion in the workplace, but for those that have hired Creative Spirit candidates, such as US investment company Voya Financial, what has been their feedback? Rossi says they often say they have a “richer workplace” that now “includes everyone” while they are also “pleasantly surprised at the unbelievable ability of the candidates.”

Rossi says that IDD employees can be very ambitious, but they need support as well as advocacy to ensure this ambition is channelled positively. For example, she refers to a male candidate who wanted to be a developer and did very well in his role, but four months in wanted to quit: “I said what? What do you mean? He said, ‘well, my aspiration was really to do AI, and that’s what I wrote my thesis on. So I’m gonna quit’. So we coached him to talk to his manager, and he ended up getting himself a 60% raise, and he now runs AI for the HR department.”

In this regard, Rossi believes that advocacy from allies will help IDD talent overcome any form of impostor syndrome that tells them they shouldn’t be in work or engage with leadership about their career.

There’s another success story from Creative Spirit, a candidate who has epilepsy: “He’s a great writer,” says Rossi, “he has an ability to go into any organisation, and people just gravitated toward him.” In the end, she says he got a copywriting role at a health company: “He’s now writing about drugs, not necessarily the drugs he takes, but you can imagine how empathetic he is in this role.”

Workplace adjustments that benefit everyone

Organisations interested in hiring people with IDDs might be concerned about what adjustments to make, but Rossi says any changes made will benefit the entire workforce and could include things like taking frequent breaks, “let’s say every two hours; a 15 minutes walk around, just to take your eyes away from the computer.” What’s really interesting is that Rossi has seen these adjustments get picked up by the wider workforce: “What we’ve been finding is that the surrounding population in an organisation is following suit, which is terrific.”

There’s also accessibility, where Rossi refers to screen access and font sizes, and the third major adjustment, which she calls “much less abstract direction” and is based on management technique: “If you talk about a concept abstractly, it’s going to take a lot longer to explain to that person what you need to get done; so we provide this training to the employers about being very focused and giving examples about specifically what you need to have done, and that seems to work quite well.”

Aside from “LinkedIn and interview training”, a key element of their candidate training is resume training, “we find their resumes can be full of things that are irrelevant,” says Rossi. On the organisational side, Creative Spirit provides regular workshops on “traditional unconscious bias training” and how to use “people-first language” to ensure staff are being inclusive to disabled candidates.

For Rossi and Co, onboarding these candidates into their new workplaces requires collaboration with these firms and involves adjusting the interview process to suit them.

After piloting different interview styles, they found that providing candidates with “five to seven” interview questions in advance decreased their anxiety and encouraged engagement while making the interviews more productive. This helps hiring managers decide if they are a good fit: “For a candidate who doesn’t make eye contact, if they know what to expect coming into the interview, then it goes a lot better. Because they’re making eye contact now by the second or third question because they’ve they’re not focused on what’s going on with the question, they’re really just focused on what’s going to come next.”

She says they also provide “very concrete steps” about the candidate’s job and what is expected. Once onboarded, they found that a regular 45-minute check-in between coaches and candidates was effective: “So we now have our coaches working with the hiring managers and the individuals about every three weeks to make slow and steady progress, and that’s worked beautifully.”

Aside from policy implementations, Rossi believes that lived experiences are also an effective learning mechanism. Creative Spirit’s recent fundraiser, the “Reimagine Gala”, featured a number of their candidates that spoke openly about their experiences, where she believes that role models in the disability space, much like other areas of diversity and inclusion, will open up the conversation, inspire others, and remove stigma: “Once Elon Musk gets on Saturday Night Live and decides he’s going to disclose that he has Asperger’s, it’s a big deal. After last summer in the States, where there was so much chaos around the diversity conversation, I think the world is starting to open up, and I think those role models are going to open the door for so many.”