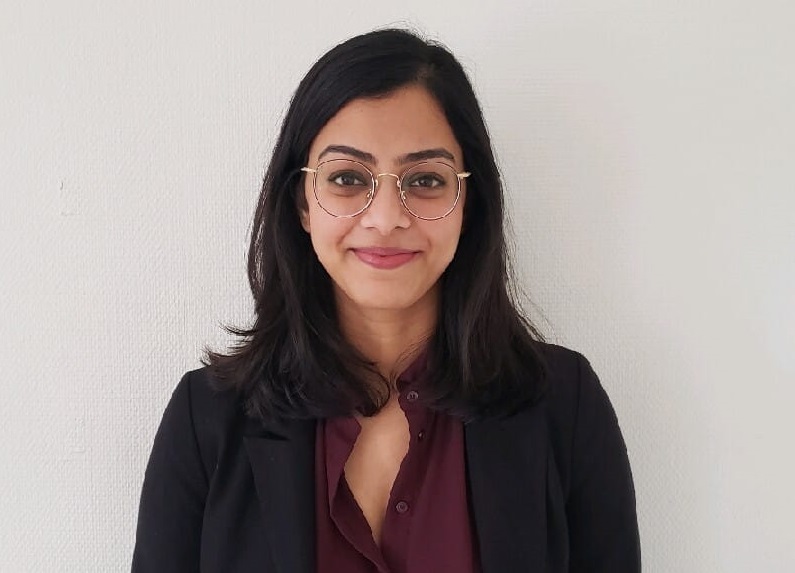 Hira Wasif at Alva Labs once considered changing her name...

More than 60% of women of colour in the UK feel they must change their name, language, hairstyle, clothing, and diet to ‘fit in’ at work, 75% have experienced racism, and 42% said they were overlooked for promotions.

These stark findings are revealed in a report published by the gender equality organisation, the Fawcett Society, together with race equality think tank, The Runnymede Trust.

The report, entitled, Broken Ladder: The myth of meritocracy for women of colour in the workplace, struck a chord with Hira Wasif, whose experiences as a Pakistani woman navigating the job market led her to consider legally changing both her first and last name to land an interview.

After completing a master’s degree in psychology at Lund University in Sweden, she submitted more than 100 applications over eight months and received just one call back for a support position. In contrast, her equally qualified course-mates were being hired for the jobs she was applying for.

“This report sadly comes as little surprise to me,” she says. “Many businesses pay lip-service to inclusive workplace cultures and processes but, as these statistics show, many women of colour still feel compelled to relinquish their identities at work, ‘whitening’ themselves to feel seen and accepted. This compulsion to hide minority identities only exacerbates the problem, as workplaces and company cultures remain geared towards a majority, homogenous type of employee.

“Some friends said I should post a picture in my CV to show that I was not covering my head. Changing your name, clothes, diet or language – which, for many, are as integral to identity as skin colour – is a practical but insidious way of playing a very broken system.”

In the end, Wasif listened to “the stubborn voice inside my head that said why should I change my name?” She is now working as Customer Success Manager at Alva Labs, a digital hiring platform that enables UK companies to remove bias from their recruitment through psychometric testing. It aims to improve the quality, efficiency and inclusivity of job markets and workplaces worldwide by levelling the playing field for marginalised applicants.

Wasif explains: “The way Alva Labs works is through methods that are rooted in research and allows less opportunity for individual bias to manifest. We ensure that, in the recruitment process, an employer can more objectively assess the potential of an individual to be successful in a role, without the human failing of what is a good or a bad CV.”

She initially joined the company as part of an internship programme run by the Swedish Government. After two weeks as an intern, she was offered a job.

“I felt very taken care of in a way that I wasn’t before,” Wasif reveals. “Because I’d heard horror stories about how organisations will promise you a role, but then you must go through the visa process, which can be challenging in Sweden. But, to make me more comfortable, I was allowed to sign the contract before going through the legal process.”

Inclusion on the back burner

She has been based in Sweden for three years now and has found that, while many big organisations were hiring D&I specialists in the wake of George Floyd and Black Lives Matter protests, the pandemic had tended to put inclusion on the back burner.

“Unfortunately, I think inclusion and diversity are still viewed as ‘when everything is hunky dory, and we have some extra money, then we can invest in it’,” Wasif suggests. “As opposed to something that is a necessity. Also, one of the most common recurring themes is the question of what can ‘be done today to fix it’?

On diversity generally, she says Swedish organisations have mainly focused on gender, but there was a growing awareness around LGBTQ and ethnicity.

Like many, Wasif believes education has a role in tackling unacceptable behaviours. There needed to be a better understanding that modern prejudice and racism were very different, of microaggressions and how white heteronormativity works.

“It’s also important to understand and give more weight to the fact that it’s OK for us to be the way we are, even if that’s different from this image,” she argues. “How we or anyone should be, was created by white cis men 100 years ago.

“Returning to the report, it was sad to see how internal recruitment impacts women. If another person or woman of colour doesn’t meet that ideal standard created in someone’s head or doesn’t fit the mould, the opportunities are not provided.”

Growing up, Wasif says she was taught to hold herself to a different standard and still has an underlying fear of needing to be perfect to be accepted. She believes the way forward, to avoid people or women of colour feeling they have to whiten themselves, was for organisations to instil more inclusive recruitment practices and cultures that encourage people to be themselves.