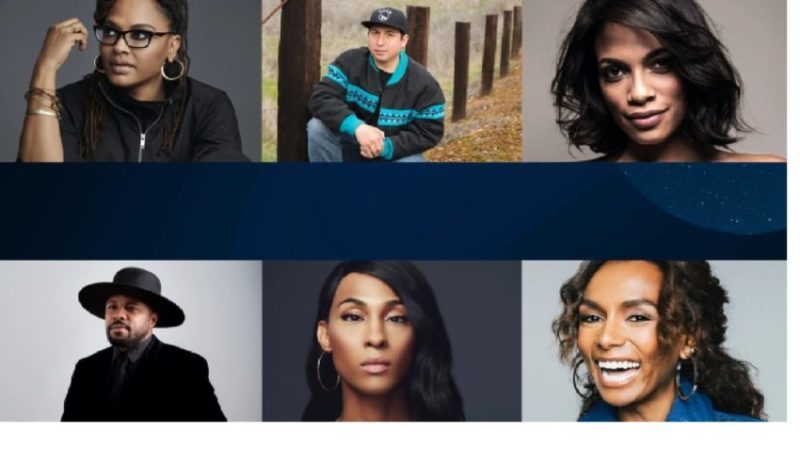 We know there is more work to be done to further representation for Black, Indigenous, and Latinx people in the tech sector and wider society. Our Representation Matters Summit addressed why

Representation matters, it’s hard to be what you can’t see. We know that in our tech industry, Black, Indigenous, and Latinx people are underrepresented, which means there is more work to be done.

We know there is undeniable power in representation. In mid-September 2020, we hosted our third-annual racial-equality summit, Representation Matters. The week-long virtual event sought to inspire, empower, and elevate our most underrepresented communities in tech and society while energising conversations about how we can all drive racial equality in our industry, community,  and world.

We understand that while talent is evenly distributed, opportunity is not. Below is a message from our Black, Indigenous, and Latinx communities:

“Representation matters because we all bring different perspectives to the table, and those perspectives are really informed by our experiences and our identities. So it could be geography or education or family structure or race or sexual orientation. We bring all of those perspectives to the table and those factors inform who we are as people. They also inform how we look at the world. So if those structures don’t incorporate our perspectives, then our perspectives don’t factor into decision making. And if we don’t exist, then policies are developed and they ignore us to our own detriment,” said Alphonso David, president of the Human Rights Campaign.

“(Being part of Pose) was great to see people who were in the ballroom scene be on screen with me and get to watch them flourish the way we’ve always needed to. Although I can’t speak for the many beautiful ancestors that are not here with us today, in 1987 or the 1990s, I know they would be proud because we’re the representation of that. Moving into 2021, we’re going to constantly be the greatest representation that we can be,” said Mj Rodriquez, actress, singer, and activist.

“If you don’t see it, it’s really hard to envision it for yourself,” said Rosario Dawson, artist, designer, activist, and Co-founder, Voto Latino. “In the acting industry, that’s definitely something I encountered, especially when I saw people who looked like me having very specific relegated roles that too often were the stereotypes in society, that someone that looks like me can only do but so much. It’s critically important to push back on that.”

On the importance of voting and completing the census

“One voice, one count matters and it makes the difference. 2020 is a time to vote and make yourself count on the census, it is of utmost importance for the next 10 years of our lives here in the United States,” said Perla Tamez, National Hubs director, Hispanic Star.

“People need to vote three times before they’re a voter for life, and what’s going to encourage them to do that with everything else that’s going on in their life? They’re oftentimes just trying to survive. And we see that all the time with the Latino community when we knock on their doors, they say: “This is the first time anyone’s ever knocked on my door and said my voice matters in this election.” And when we do that and we follow up, we get someone who starts to recognise their story, their personal situations, are actually just as vital and necessary to be heard as anyone else’s,” added Dawson.

On empowering the community

“Invite us, (the trans, nonbinary community) to the spaces in work, whether it be artistry, or a 9-5 workspace, any space, we should be invited. We have minds, hearts, spirits, and we have knowledge too. Spread awareness, people need to know that there are people out there struggling for no reason, but just for simply who they are,” said Rodriquez.

“All of my advocacy work up to today has really been important to dismantle the injustice, especially for disabled individuals, BIPOC, specifically Black people with a disability, deaf or hard of hearing. Because honestly, when we experience a barrier, there’s an injustice period,” said Storm Smith, producer, BBDO. She’s also the first deaf woman to have been recruited by BBDO through the agency’s Creative Residency program.

“I believe that my identity has influenced how I see the world, and it’s also informed whether people see me and how they see me. In some instances, I’m seen as a threat. In other instances, I’m dismissed. But ultimately, I am focused on changing that paradigm, changing that narrative, because we have to fight for those who have multiple marginalised identities because often those are the ones who are left behind,” said Alphonso David.

“I’m challenged by the idea of a ‘seat at the table.’ I’m challenged by ideas about ‘representation.’ I think we need to interrogate these words and move past them. A ‘seat at the table’ assumes that the table is built in a certain likeness and that a seat is going to be given. That someone should be represented here to represent, to stand in for, to symbolise, to advocate for the folks who are outside of the room. And in the very use of that vocabulary, those terms, we favour a dominant culture. We favour a dominant way of working,” said Ava DuVernay, filmmaker and founder of ARRAY.

“As a New Yorker, we’ve been told that we’re a melting pot. I’ve grown out of that idea into one I think that’s more appropriate, which is that we are not a melting pot wherein we lose our identity when we come together. We’re actually more of a salad where we keep all of the things that make us distinct and different and powerful and beautiful, and together that creates something vibrant and healthy and necessary,” said Dawson.

“Our vision is that Native people will be active participants in the economy in an equal way,” said Sarah EchoHawk, CEO of American Indian Science and Engineering Society (AISES).

“We need to close the racial wealth gap, and that’s about asset building, and certainly, that’s something that we’re interested in supporting as well. We work with a lot of tribes because we know that workforce development is tied to economic development. The future of the workforce is, for the most part, in STEM, and STEM really touches all areas within the workforce. So right now, the highest paying and fastest-growing jobs, the majority of those are STEM fields as well. So that’s really where we are,” EchoHawk added.

On the power of inclusive storytelling

“Storytelling reflects the truth within the process that will generate tangible change. That tangible change also involves representation, visibility, and the power to influence where people can say, ‘Oh, someone looks like me, or someone has the same, anything that’s similar.’ Oftentimes, someone writes the story for us, and [they] don’t really understand what we have, who we are, what we’ve gone through. Give a pen and paper to someone who can write; that’s where the true change will happen in the storytelling. For example, Black Panther, it’s an incredible film, you have the Black community involved. It celebrated who they are and they can see themselves in the film,” said Smith.

“The power of (Black Panther) was that we were able to see Afrofuturism. We’re able to see ourselves in a future where we are centered, where we are validated and applauded and cheered on, where we are our own heroes. My mission is to bring the camera, the lens, the gaze from those who are historically centered and bring it to those on the outskirts, who are existing, thriving, creating, and doing amazing work on the margins. It’s really what Bell Hooks says, bringing the margins to the center,” said Janet Mock, writer, director, and producer of the FX series Pose, for which she made history as the first trans woman of colour to write and direct an episode of television with the landmark script, “Love Is the Message.”

“I think that to feel witnessed in a public way — that could happen on the screen or in a book — I think that does a lot to strengthen your identity and to feel like you matter enough to be represented. (Representation) is a given for some people. All your superheroes growing up, they look like you. That’s a given for some people, that’s a privilege. So to have that be happening in such a big way right now, even while it feels like the world is ending, it’s such an important aspect of feeling good about yourself and your identity and feeling good and an important asset to being a strong human who can contribute to the world,” said Tommy Orange, best-selling and award-winning author of “There There.”

There is still work to be done on this path toward equality; using the Salesforce platform for these important discussions is one stop along this path. Earlier this year, Salesforce established the Racial Equality and Justice Taskforce to help drive systemic change in its workplace and community, and it will continue to provide updates on its equality efforts. Learn more at Salesforce.com/Equality.

Isabel is an Equality content manager at Salesforce. With a background in journalism and content marketing, she uses storytelling and her passion for diversity and inclusion to share impactful stories. She leads the Equality content strategy and explores ways to innovate and share Equality content via Trailhead modules, blogs, research reports, social media, podcasts, and events.