“Neurodiversity is a strength, not a weakness,” says tech CEO 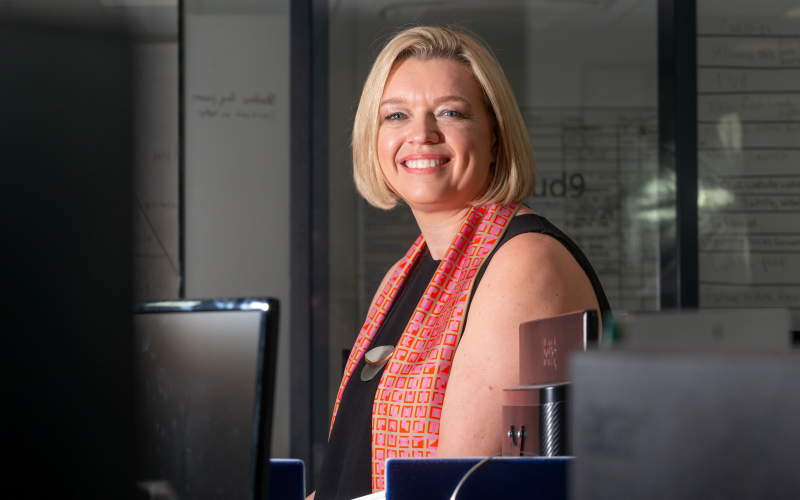 Entrepreneur Carlene Jackson identifies neurodiversity in the workplace as a key step in breaking barriers during Dyslexia Awareness Week.

Businesses should recruit people with dyslexia to help them ‘think outside the box and innovate, a tech CEO has said in advance of Dyslexia Awareness Week, which runs 3 – 9 October and has the theme: ‘Breaking Through Barriers’.

Carlene Jackson, CEO of Brighton-based tech company Cloud9 Insight – who is herself dyslexic –  says embracing neurodiversity is key to success in the workplace.

She points to other highly successful entrepreneurs and business owners, such as Sir Richard Branson, Anita Roddick and Lord Alan Sugar, who are similarly dyslexic.

“Business recruitment needs to change,” says Jackson. “Many businesses follow this identikit approach of just trying to hire good all-rounders with a 2.1 degree, and then they wonder why their results don’t change.

“Companies need to bring in some diverse thinking. They should hire someone with dyslexia or ADHD or a person with a very different CV. Having an alternative viewpoint is enormously useful.”

Jackson estimates that around 25% of her company is neurodiverse. Describing the benefits these employees can bring, she says:

“Technology means that a huge amount of businesses are automated; this is going the same way for lots of companies.

“However, where businesses can differentiate themselves is with creative ideas and innovative solutions, and that means including people who can think outside the box.

“A common strength of dyslexics is problem-solving as they find it easy to see the bigger picture, which also means they can spot trends, which could be the future value creation for your business.”

It is estimated that 15% of the UK’s population has a neurodivergent condition, including ADHD, autism, dyspraxia and dyslexia. Meanwhile, unemployment for neurodiverse people runs as high as 30-40%, eight times that of the rest of the population.

“Bringing neurodiverse people, such as someone with dyslexia, into the room where strategic decisions are made makes sense from both a business and an inclusivity perspective.

“For me, breaking through barriers is about including people who think differently in your workplace. On a personal level, someone who has dyslexia themselves getting a seat at the table and being heard is what it’s all about.”

Cloud9 Insight is a Brighton-based digital transformation consultancy which provides more than 800 UK businesses with cloud-based CRM software systems. It is a Microsoft Gold Partner and has 40 staff.

“As a business owner with dyslexia, I know that my business would not have had the same success without the skills that being neurodiverse brings,” added Jackson. “Dyslexia Awareness Week is a great opportunity for us to make the shift towards more creative and diverse workforces.

“The challenge, in my view, is that our society and schools place too much emphasis on intelligence based on short-term memory to take exams, which is one of the main challenges for people with dyslexia.

“There is a trend now, where more emphasis is being placed on the need for creativity and innovation in the workplace.”

Carlene Jackson is the CEO of Brighton-based digital transformation consultancy Cloud9 Insight, which she founded in 2010 and has 40 staff. It is a Microsoft Gold Partner that has provided more than 800 UK businesses with cloud-based CRM software systems.

Carlene has over 25 years of working in the tech and software industry. She is an active speaker on D&I topics and advises Parliament on apprenticeships and training. A serial entrepreneur, Carlene established her first business aged 17.