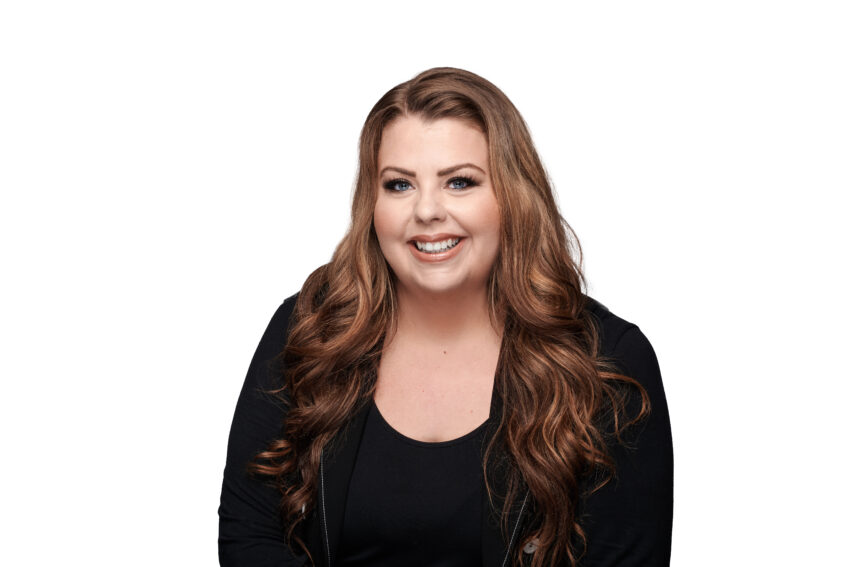 Hootsuite has embraced this year’s International Women’s Day theme of Choose to Challenge as part of its DEI strategy. Tara Ataya, Chief People and Diversity Officer, discusses the company’s approach and why creating diverse and inclusive cultures are everyone’s responsibility.

Inclusion is not only the hardest part of the DEI journey; it is what matters the most to retain a representative workforce.

“You can hire people from all different backgrounds and, if they don’t feel like they belong, it’s all for nothing,” says Hootsuite’s Chief People and Diversity Officer Tara Ataya.

“At Hootsuite, we make space for everyone’s voices to be heard and, when we talk about belonging, we don’t ask people to fit in, we ask them to be who they are. And then, the role of the organisation is to get the best out of who they are.”

Hootsuite’s commitment to an inclusive culture is demonstrated by the fact that Hootsuite’s employees have opted to take part in a review of the shared values and guiding principles.

“That’s super important for us,” Ataya enthuses. “Who we are as an organisation isn’t defined by what leadership thinks we are; it’s about who we all aspire to be and as a collective.

“When we think through some of the big decisions, it’s about holding space for everyone to be able to ask the questions and help us to shape the decision-making criteria. We also advocate allowing everyone to acclimatise to change as it happens because we’re in a business where things change quickly.”

She adds that the company seeks to ensure that diversity is seen across the board, showing clear career opportunities. Mentorship also helps to create a sense of connectedness.

This year’s International Women’s Day theme of Choose to Challenge was adopted by Hootsuite as an organisation and Ataya personally. She is challenging herself to overcome self-doubt – to recognise and focus on her strengths – allies to be more supportive.

The company’s challenge choices involve meeting hiring and retention goals, completing a pay equity analysis – not restricted to gender – and amplifying the voices of underrepresented groups. To this end, it has launched a diversity, equity and inclusion council, comprising diverse employees and allies from across the organisation.

Ataya argues that DEI should not be the responsibility of just one or two people but shared accountability throughout the business. “We’re challenging everyone to own       DEI,” she explains.

“Tom Keiser, Hootsuite’s CEO and I launched a Hootsuite listening sessions series as an opportunity to create empathy with all our underrepresented groups at senior level. We don’t talk in those sessions; we listen.”

So far, they’ve met with four groups and plan to continue the series throughout the year to identify specific issues that need addressing.

Hootsuite began its DEI journey in 2017. The first step was to create a structured recruitment process involving a hiring panel, and not having one person making the hiring decisions has helped combat bias. It has also increased the number of people from underrepresented groups coming through.

Now, among a collection of robust initiatives, there is a referral programme whereby when someone from an underrepresented group is hired, Hootsuite pays a referral bonus and donates a similar amount to a charity supporting those groups in the community. The programme was so well received it attracted more than 200 referrals in the first month.

Ataya is keen to point out that hiring a diverse workforce is not about targets. “We set this out as a meritocracy – the best person is getting hired,” she says. “The best people are from diverse backgrounds and give us that richness as an organisation. We have a lot of champions in our business who are excited about the work we are doing around DEI.”

Ataya recognises that some leaders have been criticised as hiring based on box-ticking and points to the wealth of statistics showing how companies with diverse workforces outperform homogenous workforces.

“It’s really important to ground the decision-making in good data and help people to understand why this matters to them,” Ataya suggests. “I think the more challenging situations are the ones in which there is an unconscious bias from a hiring manager who doesn’t realise they’re discriminating or recognise the challenges.

“ I don’t have a perfect solution for it, and I think it’s part of the job of an ally to call out bias when they see it. And it’s not about calling the person out but the behaviour.”

Shared responsibility for a better world

There is also no quick fix for making DEI happen more quickly. Emphasising her earlier point, Ataya stresses the need for shared responsibility. There are no shortcuts, and setting targets is not the answer.

“The way to move society forward in the direction that we want is for everybody to recognise that they own this and have a responsibility to make it happen in their space or domain.”

Meanwhile, Hootsuite will continue to set an example. Over the next 12 months, it will be focusing on implementing the new diversity, equity and inclusion council, from which it will create employee resource groups.

“Mental health is also an important element in our DEI commitment and journey,” says Ataya.

“The pandemic has affected our underrepresented groups disproportionately. We’ve offered additional sick days and have just announced a wellness week. There’s something special about everybody logging off together, so we’ll be closing our virtual offices for a week this year, as a pilot, to help people focus on their health and wellness.”

There are also plans to build more strategic partnerships – last year, the company forged links with the Black Professionals in Tech network and Pride at Work Canada. The aim is to share knowledge and resources and talk about the things that matter.

Summing up, Ataya says: “We all share this responsibility and accountability for a better world. You’re not in this alone; other people are fighting this fight. I would ask everybody to think about how they choose to challenge both in their personal and professional lives. And if we’re not challenging ourselves, we’re not doing enough.”