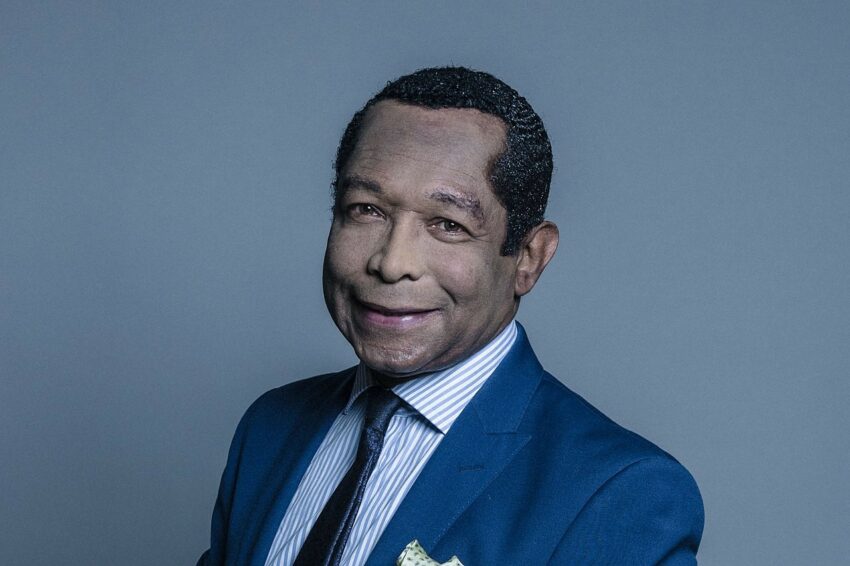 Will we ever see equality in the UK Government? Lord John Taylor of Warwick is both patient and optimistic

John Taylor was named Lord Taylor of Warwick in 1996 and was the only Black peer in the House of Lords. He pioneered the Criminal Evidence Amendment Act 1997, which established the UK’s first DNA Database. Here he opens up about the importance of D&I in Government.

As the first Black Government advisor, why is diversity and inclusion important within Government and higher leadership positions?

Diversity is important in Government and leadership, not just to have Black faces in high places, but to make a difference.

When I became the first Black British special advisor, it was at the Home Office, one of the largest Government departments. It covers a lot of issues – crime, the police, the fire service, visas, immigration.

And I thought to myself, ‘well, here you are, bloom where you’re planted’, and so I took that opportunity.”

What was the biggest challenge you faced as a minority in Government?

I think initially, resistance to change.

When I first came to the Home Office, I wanted to make some international comparisons to look at how other countries did things. And the initial reaction from the civil service was, ‘well, why? Why do we need to? We’re British!’.

The implication was that we’re British, so, therefore, the way we do it is the best. I thought, ‘well, it’s a big world out there, and there may be other countries that are doing things better than us. We could learn from them!’.

I was shocked that there was resistance to look at how other countries did things.

And you must remember, my parents were from the Windrush generation; they came to Britain just after the Second World War on the Windrush ship. At that time, in the windows of many of the houses was the sign ‘no Blacks, no Irish, no dogs’ – and that was quite legal.

So, Britain had to work through that legacy. It’s become more diverse, but the old attitudes are still lagging, especially with the older generation.

But I’m very optimistic about the future.”

Do you think that we have achieved equality in Government, and if not, what more needs to be done?

Equality is a journey, it’s not a destination. It’s a process, not an event. And so, it’s step-by-step, day-by-day.

We are getting there. We’re better than we were before, but we’re not there yet.

I am still encouraged – we just have to take it one step at a time.

The main thing is that whatever Government does or doesn’t do, Britain is becoming more diverse through intermarriage. So, that social process is happening – it is up to Government to encompass that, to embrace it and to support it.”

I would advise anyone in that position that you can’t change your past, but you can change your future.

It’s about bringing your future into the present and saying, ‘well, here I am, let’s make a choice to do better.

You will have setbacks. I’ve had many setbacks in my life. I’ve experienced racism and prejudice and so forth. But I always told myself, ‘don’t get bitter, get better.

And that’s what you have to do, rise above it. Take the higher ground each time and keep asking yourself, ‘what can I do to change things?.

Lord Taylor of Warwick and other diversity and inclusion speakers are available to book via The Champions Speakers Agency.