Female solicitors share their tales of discrimination and resilience 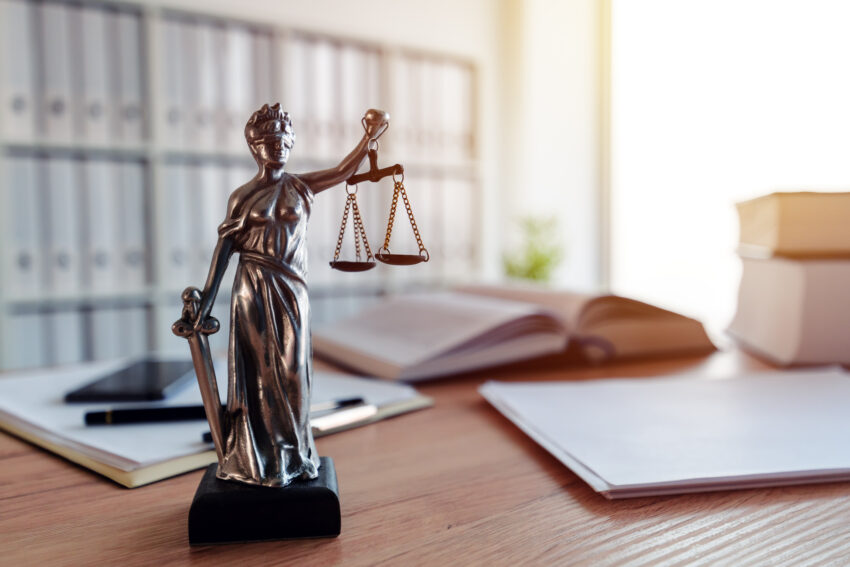 Three women in the legal industry share their experiences with misogyny in the workplace.

A 2020 study found that over half of female lawyers had experienced or witnessed sexism at work yet 46% failed to report it over fears their career would be negatively impacted. This is despite growing gender parity in the legal profession today where women account for 50.1% of practising solicitors; so, whilst there’s growing gender diversity in law, is there inclusion?

Three female professionals from UK legal firm Fletchers Solicitors share their experiences as women in the industry, the discrimination they’ve faced, and how they’ve tried to overcome it.

Tell us about your achievements and any barriers you have had to overcome as a woman?

“Achievements for me are dual-level – professional and personal. I feel a great sense of achievement on a professional level on how I have progressed in my career and the choices I have made along the way. I also have felt a great sense of achievement on a personal level in having and raising two well-balanced (so far) children and like many of my peers demonstrating that you can have a work-life balance, and provide a good role model to your children whilst working full time.

“Neither of those achievements has come without barriers. My first partnership was withdrawn when news of my first pregnancy became public knowledge. I took it on the chin and did not make a fuss, I just worked harder to prove myself again. Retrospect is a wonderful thing and I would have approached this very differently as the older and wiser woman I now am, who also feels hugely supported by other females.

“I really do think that historically one of the barriers was other women as everyone felt they had so much to prove. Thankfully I really believe there has been a fundamental shift and women now support women and the majority of men support their female colleagues.

“The other huge barrier was non-working mothers who disapproved of me as a working mother. I was shunned in the playground. Thankfully a change in schools saw a change in mothers and whilst many of them were also non-working, these wonderful women offered support, not derision, and changed my life, and they are all still dear friends.”

Can you tell us about a time when you challenged sexism/misogyny in the workplace (or outside it)?

“I can think of many. In particular, I remember one poignant board meeting to which I had invited one of my female IT colleagues, I wanted to assist in raising her profile and to gain personal recognition for her in the work she was undertaking that was fundamentally changing the business. In my role I was updating the board but following a particularly big piece of work that required a presentation I required this lady to dual present with me.

“As the meeting started it was evident the PA was off ill, immediately the three senior male members of the board turned to my colleague as the only other female in the room and on autopilot said verbally ‘Please can you take the minutes today’ none verbally stating ‘it is a woman’s role to take the minutes’. I halted the meeting and challenged the request and the rationale of the request.

“I am pleased to state that she did not take the minutes and that the COO apologised thereafter. My colleague also expressed gratitude post-meet as she openly stated she would have just done it.”

Have you had the support of allies along the way? How can others be better allies to women?

“In my experience, the individuals I know listen and take time to understand other situations that people find themselves in, then utilise their own credibility to support change and find time to make their privilege work for others in an effort to create a more inclusive workplace.”

Who inspires, or has inspired you?

“I will apologise in advance as I know it is controversial but Margaret Thatcher was an inspiration to me, as she was elected to power when I was a small child, and I was the daughter of a man who had told me a number of things I could not be or do because I was a female. Then suddenly there was a woman running our country, his voice changed and along with it the view of many of those around me (my father’s friends).

“This was a lady who had worked hard for her success and proved to me (and my father) that a woman could have a family and a successful career. I know she was highly controversial but whether you agree with her policies and approach or not it cannot be denied she challenged the status quo and I for one appreciate the trail she blazed.”

Tell us about your experience of sexism in the workplace?

“I have always been ambitious in my career and looked up to women in leadership roles. I have experienced sexism in the past, the most obvious being when I didn’t get a job in a male-dominated office, as the male hiring manager told me ‘I would be a distraction for the lads’.

“Starting out as a young manager of a department, I was very conscious of my gender and age. I felt I had to work even harder to prove myself and justify my position. I have always had male managers and been very lucky to have had amazing support from them with any sexism I have faced. They encouraged me to progress and fulfil my career aspirations. My advice to any young female in business would be to have confidence, try not to doubt yourself, and don’t change to fit in with what you think is expected of you. Men can be great allies and can fight gender inequality alongside women, my amazing husband being one of them.

“It is fantastic to have female leaders at Fletchers to look up to and learn from. As a mother to a daughter, I hope she never has to face bias because of her gender and I am confident we are creating a world of role models for her.”

What is the biggest barrier you have overcome as a woman?

“There are many studies which show fear of failure is significantly more prevalent in women than men and that such fears can impact their career development and decisions, presenting a barrier to women.

“As a perfectionist combined with a legal education that included learning about case law where things have often gone wrong and examples of solicitors being “struck off”, I started out with a relentless fear of making a mistake. I was convinced that if I made any mistake, that my career in law would be over. However, it is inevitable that mistakes are made, we are all human, and nobody is immune from failing at some point.

“I have personally learned that failing is a key part of success, personal growth, and progression. My mentor at Fletchers Solicitors once told me that if you never make a mistake, then you are not moving forwards or pushing yourself enough, which really helped me change my outlook on failure.”

Can you give an example of a time when you challenged sexism and misogyny?

“I can only speak of my own experiences and I have been fortunate not to have particularly experienced sexism/misogyny at work. I trained and subsequently qualified as a solicitor at a law firm with an all-female board of directors and most of my managers throughout my career have been women. It is possible that certain areas of law attract more women, as I also recall when I applied for vacation schemes and training contracts in personal injury and clinical negligence firms that most of the applicants were women.

“Since moving to Fletchers in early 2017, I have predominantly had women managers and only had a very positive experience at the company where the culture and values of the firm prevail, and progression is fair and merit-based. Our CEO, Alex Hatchman, is a woman, and her inspirational leadership resulted in her being the first person to win a national legal award for Excellence in Practice Management.”

What is your advice to young women on how to challenge sexism /misogyny?

“Whilst I did not intentionally set out to join a law firm with an all-female board at the start of my career (it was not something that I necessarily thought about at the time), my experience at the firms I have worked for would now lead me to consider and research whether a firm I was joining had adequate representation of women in leadership roles and their gender pay gap data.

“If women do encounter sexism / misogyny, it is important that they tell someone about their experience to be supported. My advice would be to speak to their manager. If this is not possible, then speak to a trusted colleague.”

What do you think makes a good ally to women?

“A good ally is someone who gives you confidence and champions you, someone that would speak out and support you. I have fantastic team members, colleagues, managers, and mentors that I would feel comfortable talking to, knowing that I would be supported and listened to. I have benefited a lot from mentoring at Fletchers and Ed Fletcher, our previous CEO, was a wonderful mentor to me. As well as dedicating his own time to me, he arranged for me to spend some time with several women role models in the firm which was extremely valuable. I have also benefited from having supportive managers who I would feel comfortable talking to.”

Who are the inspirational women you look up to in your life?

“This was a really difficult question, as I feel surrounded by inspirational women every day! From the fellow women in my team to other team leaders and the management team, there is no shortage of incredible women role models. I have been able to learn so much from everybody I have worked with, especially my immediate managers, Kathryn Sharkey and Johanna Thompson, who truly have the ability to bring out the best in people.”