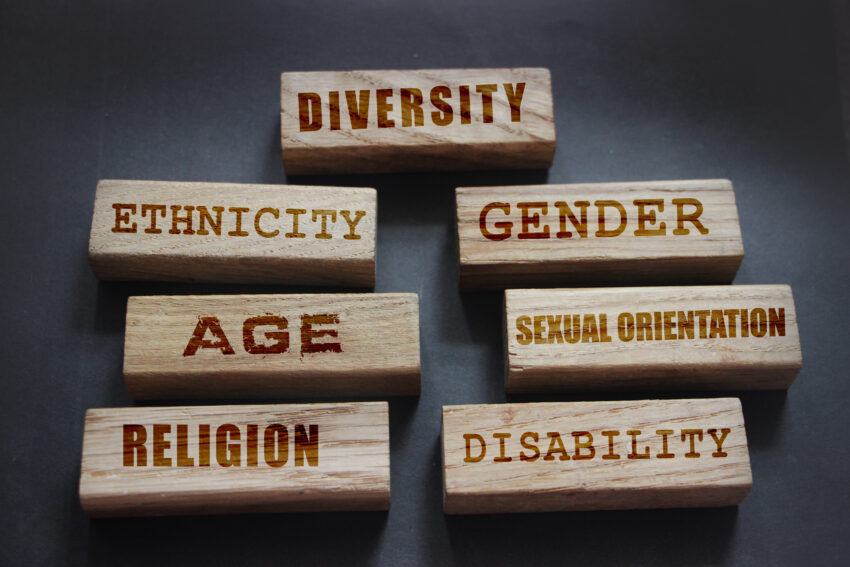 BAME people and women are more likely to have been economically impacted by COVID-19.

Twice as many employees are aware of their employer’s diversity and inclusion initiatives than they were last year, suggesting that a sea change is happening in workplace culture.

During the remote working period of COVID-19, “active participation” in D&I initiatives grew by 10%, “with more than a third of professionals now participating in employer-led working groups,” according to a new UK & Ireland survey by recruiter Robert Walters.

Employees and growing interest in D&I

One of the survey’s most illuminating findings is that 15% of employees who had previously not been involved in company D&I initiatives said the resurgence of the Black Lives Matter movement last summer encouraged them to participate in D&I at work.

The survey also revealed that “two-thirds of professionals (61%) now feel their organisation celebrates people’s differences”. There is evidence that minority groups are feeling the benefits, with “+10% more women feeling confident to negotiate salaries, and pay satisfaction amongst Black professionals increasing by +10%” in the past year.

These statistics come ahead of the launch of the firm’s “Driving Diversity & Inclusion in the Workplace Strategy Report,” which “will be one of the most significant survey-led insight into D&I progression in the workplace in the past two years”, according to a shared statement.

The threat to this progress

While the past year has seen rising awareness about D&I in the workplace, some underrepresented groups have been more negatively impacted by COVID-19 than others, which the recruitment firm warns, could push D&I efforts back some five to ten years.

With the pandemic triggering mass redundancies, the Trades Union Congress believes that disabled people could be economically impacted as, during recessions, they’re often “the first to lose their jobs and the last to be re-employed.” Generally, they tend to earn around a fifth less than non-disabled professionals and are less likely to be employed, meaning the disability employment gap has probably widened due to the pandemic.

COVID-19 has negatively impacted women due to their overrepresentation in badly hit sectors such as leisure and retail, as well as “the heightened burden of childcare during lockdown which women disproportionately carry.”

The pandemic has also hit both older and younger workers where many are on reduced salaries; living standards think tank Resolution Foundation found that “35% of 18-24-year-old employees are earning less than they did before the outbreak, and 30% of those in their early 60s, compared to 23% of 25-49-year-olds”, while “one-third of 18-24-year-old employees have lost jobs or been furloughed, compared to one-in-six prime-age adults.”

Chris Hickey, UK & Ireland CEO at Robert Walters, said: “D&I has rightly been a prime concern for leadership teams, who now actively understand how critical an effective D&I policy is for success. But this is an intersectional and complex matter, and the nuances of D&I mean that some conversations are, in some respects, still in their infancy.

“Whilst we celebrate any steps forward that have been made, and our report shares best practice examples that everyone can learn from, our year-on-year findings indicate that there is still some way to go to close the diversity and inclusion gap.

“As the option to return to the office draws closer, employers must not take their foot off the pedal regarding inclusion, where our findings indicate that remote working has had the potential to marginalise further under-represented and minority professionals who didn’t feel the same level of connectivity to the workplace pre-lockdown.”

Nic Hammarling, Partner & Diversity & Inclusion specialist at Pearn Kandola, a D&I organisation that has contributed to the soon-to-be-published report, added: “Whilst analysis into this is still early, both COVID-19 and lockdown have had some serious D&I implications at both a macro and societal level, from a rise in anti-Chinese prejudice we’ve witnessed across the globe to childcare being disproportionately dispersed amongst socio-economic groups and across gender.

“The temporary suspension of the UK gender pay reporting, and the long term hiatus following the consultation on ethnic pay reporting has a profound impact on not just how businesses behave but society too, as people pay attention and respond to what the government is taking seriously.

“It is positive to see that participation amongst employees is growing, but we must not slow down in our research, understanding, and action.”

The Robert Walters’ Driving Diversity & Inclusion in the Workplace Strategy Report will be published on 26 April 2021. To request your copy, click here.