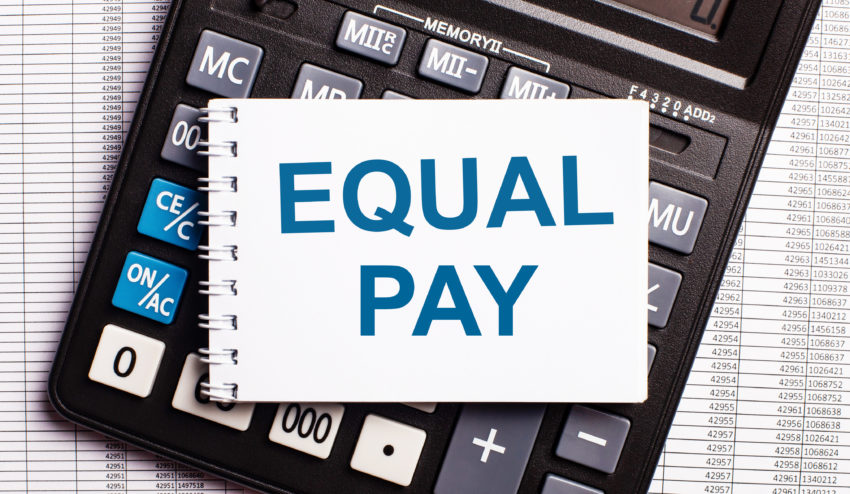 After April 4, employers will have another six months to publish their gender pay gap data, this comes after they weren't obliged to share data in 2020 due to the pandemic

Businesses involved in gender pay gap reporting have been given a six-month extension by the government. While this might seem a supportive move considering many companies’ focus on survival during COVID-19, it might foster a culture of indifference regarding gender equity in the workplace.

Employers with 250 staff or more will have another six months after the original deadline of April 4 to produce their data without being prosecuted, according to The Telegraph, which broke the story ahead of the Gender Equalities Office’s planned announcement that was due later this week.

However, a continued delay could relegate female pay equity and inclusion to the bottom of business objectives for many firms with a chance that, following COVID-19, they may not regain their importance. This is a salient point considering that businesses didn’t have to publish their data last year due to the pandemic.

This could affect the progress made in the FTSE 100, where the number of female directors has increased by 50% in the last five years and where women now hold over a third of roles in the boardrooms of “Britain’s top 350 companies”, according to the government-backed Hampton-Alexander Review.

“Although men still dominate the top ranks of business, the review has achieved its target of 33% of board positions at FTSE 100 and FTSE 250 firms being held by women by the end of 2020,” revealed a statement about the report. While this is a win for female leadership in the corporate world, further delays to gender pay gap reporting may soon affect the progress made on female representation and pay equity in organisations.

In a 2019 report outlining the function of gender pay gap reporting, human resources company CIPD said that data disclosure was key to taking action on the gender pay gap, including what can be done to change it.

They also said reporting could “nudge employer behaviour” by making them aware of reputation risks should they appear unwilling to disclose figures which could “prompt competition between organisations to reduce gender differences in pay.” But if businesses are no longer encouraged to disclose these figures, will they have the drive to stand out as ‘more gender inclusive’ employers compared to their competitors?

Following last year’s writing off of gender pay gap reporting, we can see the willingness of firms to disclose their figures was affected this year, where only 362 qualifying businesses submitted reports by January 27. This reluctance is probably the reason the deadline has been extended in the first place.

“Prior to the pandemic, UK business was making good progress with its social and gender equality initiatives, but unfortunately COVID-19 has been a fork in the road, derailing many of said initiatives and removing the government enforced gender pay reporting mandate.

“Despite the extension to this gender reporting break, there is nothing stopping business leaders reporting as usual in March, and employers who champion social change should still be encouraged to do so, even if their own gender reporting figures are by no means spotless. After a tough year, now is not the time to turn our backs on equality. The pressures of unpaid care and homeschooling have affected women over the past 12 months which has forced many to cut their hours or quit their jobs in the pandemic, therefore it’s vital that all employers analyse their pay gaps and take the necessary action, without delay.

“Since the start of the COVID-19 crisis, we at FDM Group, have announced a median gender pay of -2.1% amidst the pandemic, which we are pleased about and will always strive to support women in their careers, with an understanding about the importance of future finance. It is important that companies follow suit and consider gender equality, whilst building a diverse and inclusive workforce.”

While granting businesses who are busy adapting to survive the pandemic an extension on gender pay gap reporting is understandable, it should not come at the expense of gender equity in the workplace. While there was an improvement in terms of the number of women in senior positions and therefore on higher pay in FTSE 100 firms last year, if the government doesn’t pressure businesses to disclose their gender pay gap data this year, especially after last year’s break, then objectives to improve gender equity will be delayed.