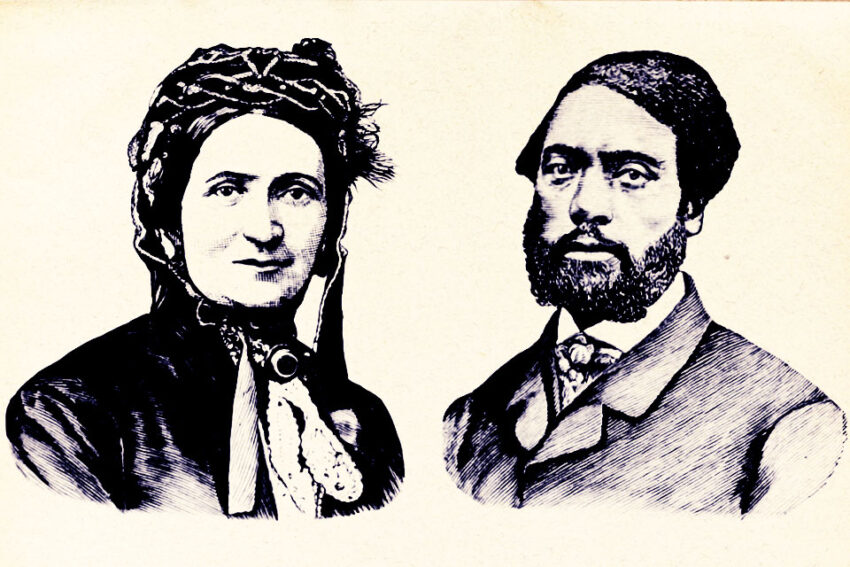 Ellen and William Craft (pictured) have been acknowledged with a blue plaque. Photo: Wikipedia

Since becoming an independent charity in 2015, English Heritage has increased its efforts to acknowledge more diverse figures in its blue plaques

English Heritage has committed to acknowledging the contributions of more historical Black and Asian figures in London through the London Blue Plaques scheme.

Its latest major acknowledgement was the Crafts, two American figures who escaped slavery in the USA and have now been memorialised with an English Heritage London blue plaque.

In the mid-nineteenth century, Ellen and William Craft escaped from slavery in Georgia, USA, and fled to Britain, where they made 26 Cambridge Grove, a house in Hammersmith, London, their home. There they raised their family and campaigned for abolition, radical reform, and social justice.

Since they took over the scheme in 1986, they have been responsible for the majority of the plaques to Black and Asian figures “reflecting an evolving sense of who should be commemorated.”

After becoming an independent charity in 2015, English Heritage has “redoubled its efforts to ensure its blue plaque scheme is more representative”, including amending the low number of public nominations for Black, Asian and other ethnic minority figures by creating a new working group tasked with this goal.

While the working group has had to deal with a lack of accessibility to historic records linking notable ethnic minority people to the buildings in which they once lived, there has been recent progress; over the past two years, a quarter of English Heritage plaques have commemorated Black or Asian figures.

However, London plaques commemorating notable figures of colour such as the Crafts remain rare. Today, only 4% of the more than 975 blue plaques across the capital are dedicated to Black and Asian people.

Founded in 1866, The London Blue Plaques scheme was started to commemorate links between London’s buildings and persons of historical significance; however, it wasn’t until 1975 that the first plaque honouring a notable Black figure was installed, which was to the composer Samuel Coleridge-Taylor.

“But there is more to be done, and over the coming years, with the help of the public, we hope to see more blue plaques on the streets of London to communities who have previously been underrepresented in history.”

Dr Hannah-Rose Murray, historian and proposer of the plaque to the Crafts, said: “Ellen and William Craft were courageous and heroic freedom fighters whose daring escape from USA chattel slavery involved Ellen crossing racial, gender and class lines to perform as a white southern man. If caught, they would have been incarcerated, tortured and almost certainly sold away from each other.

“Their story inspired audiences on both sides of the Atlantic, and when the Crafts reached Britain, they were relentless in their campaigns against slavery, racism, white supremacy, and the Confederate cause during the U.S. Civil War (1861-1865).

“I’m so excited that English Heritage has built on previous work by historians, archivists and local activists to honour their presence in Hammersmith and the UK in general and recognise the Crafts’ incredible bravery and impact on transatlantic society.”