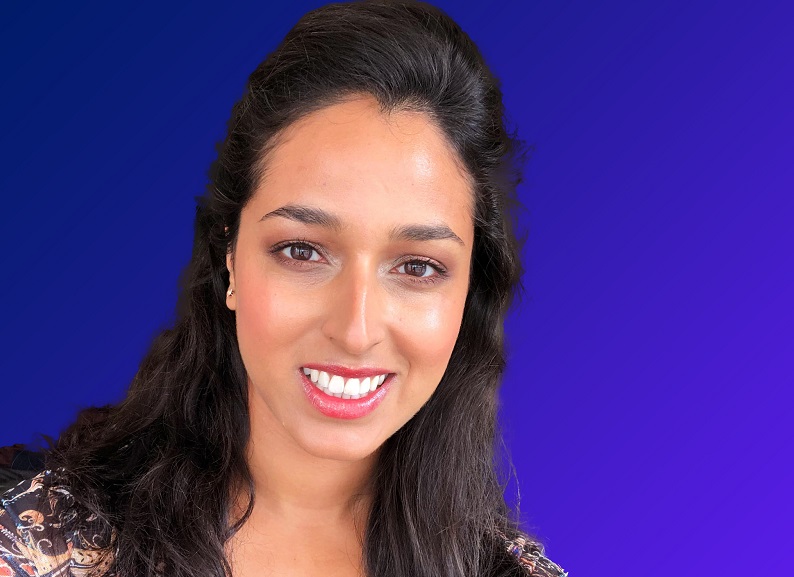 'Culture add' should be the direction of travel for all modern businesses, believes Romanie Thomas (pictured) CEO of Juggle Jobs.

Diversity brings a varied social culture to the workplace and enables companies to grow and develop. Romanie Thomas, Founder and CEO of the digital platform Juggle Jobs, agrees as she discusses the added benefits of building an inclusive culture and embracing flexible working.

Increasing evidence that diverse teams outperform homogenous ones clearly demonstrates the need for businesses to change their hiring practices from culture fit to culture add.

That is the view of Romanie Thomas. Explaining the difference between the two, she says: “Culture fit is trying to morph someone into being part of your identity. They come on your terms rather than acknowledging that they have their own set of beliefs, values and behaviours.

“I think it’s important that companies define values, their mission and behaviours, all of which should be practised every day. But what you’re saying with culture add is ‘this is also our direction of travel as an organisation. This is how we want to evolve and develop, and we also celebrate and acknowledge individuality’.

“It might feel uncomfortable. But, as long as people acknowledge the professional guardrails of the behaviours you have developed as an organisation, why wouldn’t you want different perspectives to help stretch the company and customer base to help develop new products or service lines? That’s only going to be a positive.”

With Juggle Jobs, which she formed in 2017, Thomas has created a leading digital platform to find, onboard and manage experienced, flexible professionals, which she calls ‘flexperts’. There are currently more than 15,000 people on the platform, with a focus on flexible contracts.

Culture is linked to identity

As a successful head-hunter, she understands first-hand how companies can hire and retain staff through flexible and supportive working arrangements and culture and acknowledges that little progress has been made on diversity at the senior level. But while every organisation have a business and a social culture, there was limited understanding of the stark difference between the two.

“Culture is closely linked to identity, and that’s why it can become quite toxic,” she says. “For example, nationalism and being proud of one’s country should, technically, be quite a positive thing. But we all know that when the wrong people and messages take it over, nationalism becomes terrible very quickly.

“It’s about humans wanting to connect to a certain identity. One of the challenges that business leaders have is how do you create the close bonds and the social cohesion that comes with a sense of belonging and identity, but also create an environment that is stable and professional as well?”

Thomas adds that the companies that had developed strong – in other words, positive – cultures shared common themes. They included openness, clarity about what everyone is working towards and why with defined responsibilities and conversations to ensure that all sides fulfilled their expectations.

Diversity was crucial to good company culture. And, providing equality of opportunity was not just the right thing to do from a moral point of view; it was essential for enabling companies to grow and survive in today’s business landscape.

Homogeny is bad for business growth

The challenge was that people tended to feel more comfortable in a homogenous organisation. Thomas admits that her experience of being in a workplace where everyone came from similar academic, family – even sporting – backgrounds felt great because “they become your friends and you tend to agree on most things. On paper, it looks like you’re moving very quickly. The reality is you’re not interrogating decisions as you go. You’re only really focusing on one type of customer because that’s who you are. And that’s how humans tend to operate. As a consequence, it becomes a much weaker culture because you’re unable to scale and develop and become strong through a bit of disruption and interrogation.”

She adds: “If you want to be a performance led organisation that differentiates and creates something amazing and transformational, you have to have different sets of customers to get the scale. Consequently, you need different product lines, and therefore you need people who can examine things at different layers.

“The tech giants are really keen to tackle this issue around diversity and inclusion, particularly when they’re looking at AI engineering and design teams. Because they know that, unless they have diversity at those levels, they’re going to end up creating homogenous products that cause more harm than good.”

While some companies had the best intentions towards diversity, equity and inclusion (DEI), they often struggled to retain people from diverse backgrounds. In many cases, boards and leadership teams comprised white males leaving no role models for diverse talent.

“It’s much more important to get your leadership team in order,” Thomas suggests. “Not necessarily the board that don’t have executive power. I’m talking about C suite, VP levels, the management, the people on the ground, making decisions; that’s where you need the diversity because that has the greatest impact.

“There’s a lot of contention around unconscious bias training – the language that we use is not particularly helpful. The idea that we use these systems to process a complex world and then train ourselves out of it is not realistic.

“Equally, while the premise of unconscious bias training is pretty good and focused on becoming more aware as humans, it needs to be anchored by more empathetic leadership, which involves getting more women into leadership positions.

“People will possibly agree that women bring traits that are lower on the ego but higher on the empathy scale. And that’s super important for moving ahead with a more inclusive environment. Because those traits then become something that’s recognised as positive in an organisation.”

A taste for flexible working

The remote working arrangements caused by the COVID-19 pandemic gave people a taste of flexibility that many were keen to retain. However, Juggle Jobs has noticed that some companies have begun to back-track, expecting their employees to return to the office.

“We’ve seen this with the tech giants in particular, who got all of the positive press for being free and open, and you can work from home forever,” says Thomas. “Then saying ‘we think productivity has been rubbish, and we’re going to bring everyone back to the office’. But didn’t they think that maybe productivity hasn’t been that great because people have just been working ridiculous hours every day under the stress of a pandemic? They’ve lost loved ones, and people have been ill.

“We’re noticing a lot of quick reactions like that, and it’ll be interesting to see how it plays out. But we’re certainly seeing lots of great candidates who are moving away from those environments because they’ve got a taste of what it feels like to work in a very high trust environment.

“We use the blanket term flexible working, but what we mean by that is your organisation trusts you to get the work done. It’s an outcome-based, grown-up environment – you set your hours and are paid for the work you deliver, not for the time you put in. But that is not the common way of thinking yet.”

She adds that refusing to accept remote working would be bad news for those women who had taken positions in good faith because their circumstances meant they could only have jobs that allowed them flexibility. The plus side of remote working was that it enabled companies to become diverse and inclusive much quicker.

Juggle Jobs is evidence of this. Its team of less than 20 comprises six nationalities operating in seven countries. Says Thomas: “The silver bullet has been home working because it’s opened up the talent pool enormously.”

She accepts that remote working might be difficult for large companies, but it just requires strong documentation and working practices.

Thomas suggests that, while companies have the best intentions to recruit diverse talent, they are hamstrung by the lack of a playbook that clearly sets out how to do it well.

“There are lots of different tactics that a business leader will hear and go, ‘right, let’s run with that. Let’s make our job descriptions better, or make sure that all the CVs are blinded’,” she explains. “But these tactics in isolation don’t work. And in fact, they can have unintended consequences.

“Change is not going to happen from the traditional recruitment industry, and it’s the reason that I created Juggle. The decision-makers are stuck in the way of thinking. That happens with a lot of industries like financial services, insurance and recruitment. The disruption needs to come from the outside. But, given that it’s so pivotal to finding people for organisations, the recruitment industry needs to be smashed up and started again – quite frankly, putting technology in the middle.”