Code-switching: having to fit into the corporate world 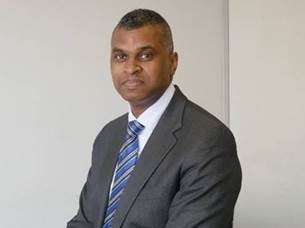 Efficio Consulting and Rob Woodstock discuss code-switching, bias, and how allies can better the workplace for the BAME community

How has your background impacted your career?

I’m a British black man, and my background is from the Caribbean, my parents are from Jamaica and Grenada, but my dad is African by descent and going back over many generations my mum is Indian. So, I have a couple of different perspectives from the point of view of heritage there. I have an identity of being really closely connected with the Caribbean but being very proud of being British.

I was raised an Anglican, so I’m about as English as it gets. It’s really helped me in my career not to feel excluded or like the ‘other’ in a room of my colleagues, and it helps me present myself in a way that others can easily identify with and accept.

When it became apparent to me that many careers were made in the pub and around talking about football and such, I benefited from a privilege that maybe some of my female counterparts or those with other religious beliefs did not. So, while I am black, I’m able to be part of a lot of the mainstream culture of the work environments I was in.

What is code-switching and how have you used it?

Code-switching is something that particularly people from minorities need to do or have the option to do to blend and be accepted more easily. Leaving my Caribbean house every day and becoming incredibly English when I leave is an example of my code-switching.

For me, it’s a small thing because my life has been code-switched all the way through. People who are not used to the corporate world, however, make much more of a conscious act to change as they enter the office, and assume a different persona to be accepted.

I think if we’re honest with ourselves and look at our unconscious bias, we have a different view of people based on some pretty quick decisions we make about their background and their capability.

Did you feel pressure in that need to fit in?

It wasn’t a choice to fit in, I had to. I was removed from an environment where there were people who speak with a Caribbean accent, eat Caribbean food or listen to Caribbean music. So, I had to change the moment I left the house. I had to do it and I didn’t feel a price of doing it at the time, but I feel differently about it now. Like any other kid, at school, I would try to fit in and be a mate and blend in as much as possible.

When I got to school I found that people had low expectations of me, and unfortunately, this is all too common in my career, people looking at me and assuming that I won’t do a good job,

However, I am clear on setting high goals for myself, going for it and not listening to other people.

Have you looked for mentors or leaders in your career?

I had a sponsor in my career rather than a mentor, and the two are wildly different.

Having a sponsor means having an advocate and a teacher. If I were doing a presentation, he not only would tell me what I needed to do, but we would sit afterwards and discuss it. He would describe in detail, what I should have put on a particular slide, how I should have phrased things, the psychology behind giving presentations and generally how to build my confidence.

Sponsorship in that proactive form is very powerful and very different from mentoring. Listening to people and giving them a prod in the right direction, deciding which assignments I would do and pulling me onto the most interesting piece of work that was happening is what makes sponsorship so special.

That level of advocacy is hard to find, and it led to me being made partner and entering a period of high achievement. At the same time, it came with a lot of self-imposed pressure, because being one of the very few black partners, I couldn’t fail, I needed to be the best. However, my sponsor prepared me for that.

Did you feel that as a black partner, you were under much more pressure?

Definitely. Every black person in the company congratulated me on being partner.

If I didn’t do well, it would have consequences and could jeopardise the future of more black people becoming partners. I could see people watching me, and I could see a lot of the white partners watching, so my sales needed to be amazing.

When I meet people, who only know my CV before I walk through the door, it’s interesting to see their expressions. It may not be racism, but unconscious bias plays a big role. One client even gave me a test. He gave me a problem to solve and have on his desk for the next morning. So, of course, I did it. When I saw him the next morning and it showed my work, he was blown away again. He had low expectations and I was able to exceed them.

How do we create more success stories like yours?

Being proactively inclusive of people who are different takes work. Unconscious bias is everywhere and getting underneath it takes time.

There’s a need for people who are not from an ethnic minority background to spend some time on this topic and getting to understand it a bit more. For things to change, there’s probably a limit on what BAME people can do themselves.

There is a difference between not being racist and anti-racist. An anti-racist will not allow a comment that’s unacceptable to be made even if there isn’t an ethnic minority person around. Someone who is simply not racist will just look the other way.

What advice would you give a young BAME individual?

My personal advice to young people would be not to code switch, but to notice that the boundaries of code switching are changing. You see black men in the media who often shave their hair very short, less African to not be identifiable as being different, which isn’t right.

Be your completely authentic home self when you turn up to the office and expect equal treatment and outcomes. You must be street smart in the office if you want to see progress.