Black leaders in tech, now’s the time to stand up and be counted 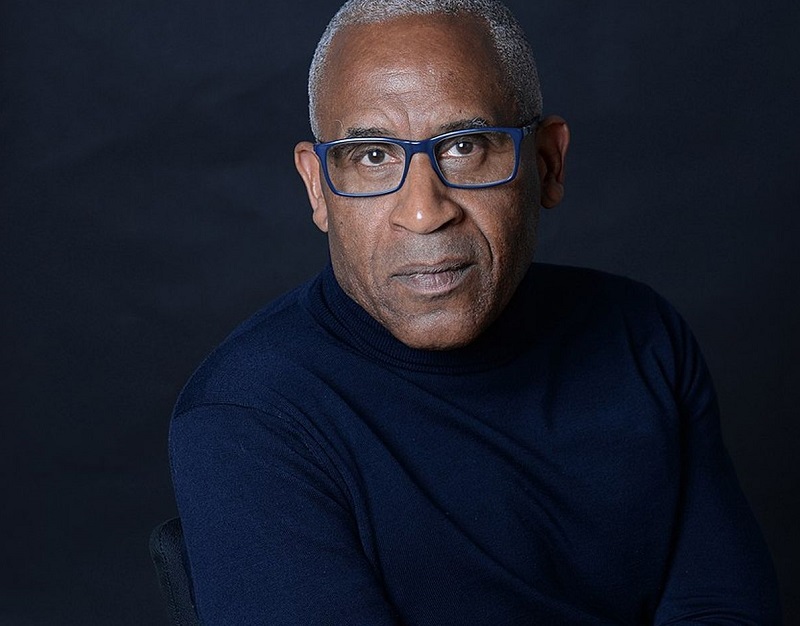 Lord Simon Woolley is the first Black man to head an Oxbridge College and has spent many years encouraging people from ethnic minority backgrounds to become better engaged with public institutions. Speaking with DiversityQ, he explains why it’s more important than ever for diverse individuals to aspire to be leaders and for companies to nurture their talents.

Black, Asian, and minority ethnic people need to “come out of the shadows” and believe in their ability to become leaders.

Self-belief was the theme of political and equalities activist Lord Simon Woolley’s speech at the recent Black Tech Fest. He argued that people from ethnic backgrounds have, for too long, been told to get to the back of the leadership queue. Now was the time to step forward.

“I want them to look in the mirror and say, ‘there is a leader right there,'” Lord Woolley says. “And believe it, understand and act upon it. I am telling anyone who will listen that now is the time to get things done, own that leadership space and start delivering.”

He believes that a lack of honesty is preventing the UK tech industry from being more inclusive. “In global terms, as one of the wealthiest nations in the world, we are one of the front runners in technology,” he points out.

“I would argue that the best way to use that privilege is to ensure that it’s truly inclusive. For our standing to be sustainable in this space, we have to go downstream and ensure there’s a conveyer belt of talent.

“We know that there are young kids from all ethnicities in their bedrooms, up and down the UK, mastering technology by themselves. The problem is, when they go upstream and apply for a role with a foreign-sounding name, it gets put in the bin. That’s neither acceptable nor sustainable, and we have to open up those appointments to wider communities.”

Recent research by Black Tech Fest showed that one in three of the UK’s 55,000 tech workers believe that racial discrimination has gotten worse. Lord Woolley says that, while there had been significant improvements since the 60s and 70s, the Trump administration and Brexit had reignited racist behaviour.

“There’s no better example of things going the wrong way than Euro 2020,” he argues. “Because politicians were telling people that it was OK to boo and why bother taking the knee; hence, the tournament started on a very bad foot.

“When Black players started scoring, we were heroes. But as soon as they missed a penalty, the racist ran loose again.

“It is why I’m focusing on why there need to be more Black leaders in tech and all aspects of life. Diverse leadership, not just in the C-suite, but across the board, will help address some of the inequalities that exist in business.”

Lord Woolley is the founder of Operation Black Vote, which encourages Black and ethnic minority communities to become more involved in local and national politics. He is the former chair of the Race Disparity Unit Advisory Group at 10 Downing Street and is a crossbencher in the House of Lords. Lord Woolley was recently appointed Principal of Homerton College, Cambridge – the first Black man to head an Oxbridge college.

He aims to make Homerton “a beacon for academic excellence and, even more important, as a space in which people can grow as human beings, to be the best for themselves and even better for society.”

Lord Woolley wants to inspire youngsters, particularly from working-class ethnic backgrounds, to apply to Homerton. He knows, from experience, how difficult it can be for those young people to get ahead.

“I never skived off school because I enjoyed it,” he recalls. “But I don’t think there was that drive – either from the teachers or us– to sell a good education to get you to a better place. The school’s ambition was to simply ‘get them through school’.

“To be fair, there were a plethora of very good apprenticeships on offer, but going to university was never on the radar.”

Lord Woolley didn’t stay on to take A levels. Instead, he became a car mechanic, then moved into sales and went on to take a degree as a mature student. As part of his studies, he spent 18 months in Latin America. It was this experience that drove him to set up Operation Black Vote.

“Civil wars were raging, and I saw people dying for what they believed in,” Lord Woolley remembers. “When I came back, I acutely realised that, particularly if you’re Black, things were done to you rather than you being a driver for change.

“I joined Charter 88, a democratic lobbying organisation. Then I met Lee Jasper; we became friends and started Operation Black Vote. One of the catalysts was seeing so many young Black men dying in police custody, with nobody being held to account.

“We said, ‘we need power; we’re not just asking for justice or equality, but demanding it’. There were four Black and Asian MPs: Diane Abbott, Bernie Grant, Keith Vaz, and Paul Boateng when we started. Now there are over 60, and we have one of the most diverse governments in the world. We made a strategic decision early on to be non-partisan and said we would consider any political party as long as they addressed structural race inequality.”

He feels this was a good move and pointed to the situation in the US where most African Americans tended to vote Democrat. This meant that, when Republicans were in power, “the whole machinery of government was working against them.”

Over the years, Operation Black Vote has successfully nurtured talent, not just in politics but in magistrates’ courts and school governance.

The killing of George Floyd and incidents such as the stop and search of Team GB athlete Bianca Williams and her partner, Portuguese sprinter Ricardo dos Santos, highlighted the difference in treatment, depending on your skin colour. Lord Woolley says that, as a result, the past year has resulted in more and better conversations about race and equality. Now, he believes CEOs need to demonstrate allyship to finish the journey. Also, mentorship and sponsorship together were essential for helping to showcase diverse talent and prepare them for promotion.

Reaching the journey’s end required selfishness. Lord Woolley explains: “In some ways, you have to act like a football manager and play the best team and not be shackled by someone’s name or colour of their skin. At the moment, too much talent gets locked out – at all different levels. So, be selfish about being the best you can be and nurture the talent coming through. One, you would become one of the best companies on the planet. Two, everybody would want to work there and, three, it is not a zero-sum game; the pie gets bigger and stronger.”

Turning to the ethnicity pay gap, he says the issue was high on the agenda during his tenure at the Race Disparity Unit Advisory Group. However, proposed legislation had been “kicked into the long grass.”

The good news was that many companies were not waiting for the Government to act but were undertaking pay gap reporting of their own volition, recognising that it was the only way to attract and retain Black talent.

Lord Woolley has been an outspoken critic of the Commission on Race and Ethnic Disparities Report. He states angrily: “It was very clear that the Prime Minister did not want to do justice to the hundreds of thousands of people who took to the streets for Black Lives Matter. Rather than understand the protesters’ demands, the report started with the conclusion that structural racism doesn’t exist; that the protestors were idealistic but profoundly wrong. The report was shoddy and dishonest.”

In addition to those wishing to maintain the status quo by locking certain people out, there was also the problem of a lack of self-belief among people from ethnic backgrounds.

As Lord Woolley points out: “We’ve had a system for many hundreds of years that has been built to give the impression that we’re not good enough and, structurally, that women were locked out. The global structure has been to oppress and suppress Black, Asian and minority ethnic individuals and countries.

“We need to understand power, how it works, then dismantle it to bring us up to the 21st Century and ensure that everybody has a pathway to success. If we win, we all win.”

Lord Simon Woolley is the Director and Co-founder of Operation Black Vote, a national and internationally renowned race equality organisation.

In the last 25 years, Lord Woolley has helped transform political and civic institutions, ensuring they are inclusive and representative.

In 2017 Operation Black Vote launched the ground-breaking The Colour of Power, the most in-depth look at the racial make-up of Britain’s top jobs across 28 sectors that dominate British society.

Lord Woolley is seen as the inspiration and one of the architects for the United Kingdom’s Race Disparity Unit and served as the Advisory Chair of Prime Minister May’s Race Unit.

Lord Woolley received a Knighthood in the 2019 Birthday Honours for his services to race equality and was nominated for a life peerage in the United Kingdom House of Lords, where he sits as a Crossbench peer.