Why being trans-non-binary should not hinder success 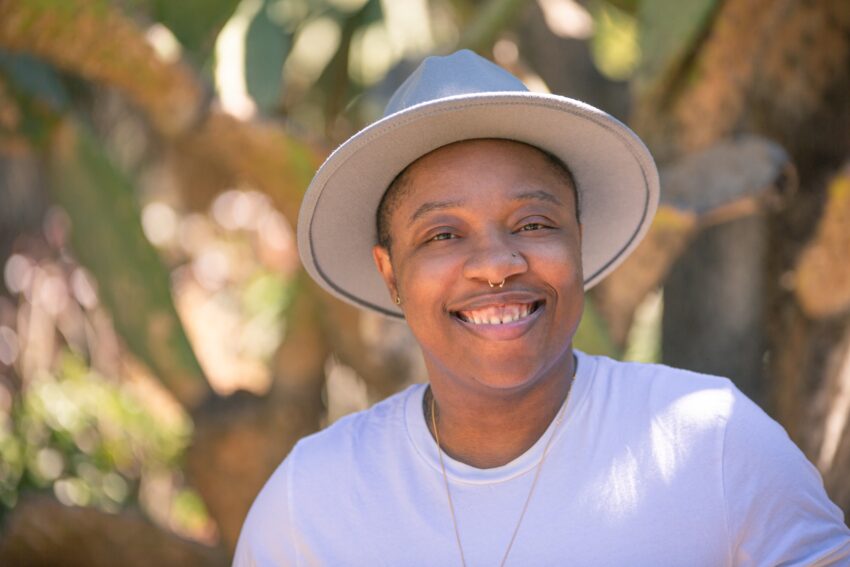 B. Pagels-Minor (pictured): “It’s really cool that I can be my loud, activist self.”

B. Pagels-Minor, Senior Data Product Manager at Netflix, once had to choose between success or being themselves. They reveal how being open about their trans-non-binary identity proved to be a professional game-changer.

Coming out as trans non-binary has been a liberating experience for B. Pagels-Minor, giving them the confidence to reveal their true identity to the world.

“When I started coming out in 2017, I was so much happier, which meant that I showed up to work differently,” they reveal. “I was more ambitious. And, if people felt uncomfortable with me being trans-non-binary, it did not matter, so it was a game-changer.

“The first seven years of my career were not that great because I felt I had to choose between being myself and being successful.” Now they are both.

Pagels-Minor went through their transformation in stages, coming out first as lesbian then non-binary before feeling confident in their identity as trans non-binary. Being unable to be authentic was, they recall, “like being a shrivelled-up human; you can’t do much, and the whole of your body hurts. Then it was like someone poured water on me, and I started to unfold.”

As well as being in a better place personally, they are also in a more supportive place geographically, having moved from Chicago to the San Francisco Bay Area and now residing in Los Angeles, which is generally more liberal and accepting of diversity.

“I can walk into a space now and say that my pronouns are ‘they/them’ and they tell me that, ‘we have a whole handbook about this,’” Pagels-Minor explains. “It’s really cool knowing there’s a bunch of people who have my back.”

Being the ‘only LGBTQ+ employee’

Currently, Pagels-Minor is Senior Data Product Manager at Netflix; having moved from Apple, they are also Global Lead for two of the company’s employee resource groups, Trans* and Black @.

B. Pagels-Minor also brings a solid background in product development with tech companies both large and small. They began their career in a small start-up in Chicago. Although the city is demographically more diverse than the Bay Area, Pagels-Minor was the only Black and the only LGBTQ+ employee.

“I knew that I was different from the rest of the people there,” they say. “I didn’t talk about my sexuality because the advice was just to show up to work and try not to make people feel uncomfortable – I can’t imagine living a life like that again.”

Although companies in Chicago provided good career opportunities for Pagels-Minor, they were seemingly unwilling to allow them to rise to positions of power. “I always got the role of a product manager or senior product manager but would never be considered for roles like the director of product management, which is one of the reasons I moved to the Bay Area,” they explain.

“The feedback was always, ‘we’re not sure you’re strategic enough.’ If I had been at least a Black guy, there’s a higher likelihood that I would have been seen as someone who could do those things. When I first got recruited to Apple, I kept asking, ‘are you sure?’ because I’d been told for so long that I was not a strategic person.”

Apple had no qualms about Pagels-Minor’s abilities and is one of the companies further than most along the diversity and inclusion journey. It was, they believe, more difficult for smaller companies, which may have insufficient people from diverse backgrounds to make a difference.

They point out: “As a Black person, or a brown person, why would you go to a company that doesn’t have anybody there like you already? The other thing is, when companies are first starting, they usually do not have an HR team. So, there’s no mechanism to force the function of trying to be accepting of different types of people.”

Pagels-Minor argues that diverse teams make better products, citing the example of Apple, which focuses on making its devices accessible to everyone, including, for example, functionalities for the blind and hard of hearing.

Coming up through the ranks, they did not benefit from the support groups that have since sprung up for trans-non-binary people. While working as a product manager for a large auto industry website, Pagels-Minor first came out as non-binary. It was “a terrible experience”, as they were told that it was weird and would damage their career. Moving to media management company Sprout Social in 2017 proved to be a refreshing change.

“The company had a large and well respected I&D practice shout out to Michelle Bess,” reveals Pagels-Minor. “They were doing a lot of work to educate people on their differences and how to be good allies.”

Feeling safe to come out

Allyship is, they feel, crucial for supporting diverse groups. But primarily, it was about respecting people as human beings. Pagels-Minor is aware that despite more acceptance of trans non-binary individuals, some may still be reluctant to reveal themselves.

“It’s normal to have anxiety and fear backlash,” they advise. “If that is the only reason that you are not coming out, I would say that’s a problem. I should also clarify that I am originally from Mississippi and, if you live there, I totally understand why you don’t come out. There are a lot of states and countries where you probably wouldn’t be safe, so you shouldn’t come out because I want you to live.”

According to US federal guidelines, assaulting an LGBTQ+ person is regarded as a hate crime. However, as each state has its own law enforcement, such an assault may not even be investigated in Mississippi, Tennessee, Arkansas, or Alabama. Pagels-Minor points out that very few murder cases where the victims were trans get resolved.

“But if you’re in a place where you would be safe, you should interrogate why you feel reluctance because chances are, it’s probably hurting you, and I want you to live a full life,” they add.

Safe is exactly how Pagels-Minor feels working at Netflix. The company is supportive of allowing unlimited time off for gender affirmation surgery. Their manager has also shown an interest in their work as an activist and thought leader on product and culture development in tech companies.

Summing up, Pagels-Minor states: “It’s really cool that I can be my loud, activist self.”