The new war on working from home 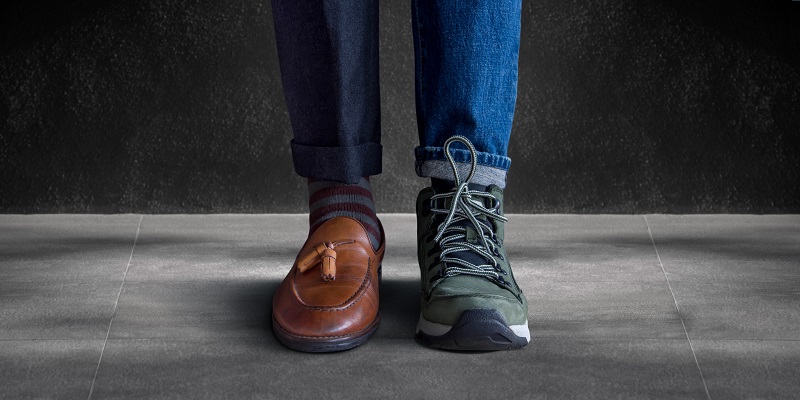 Boris Johnson has described working from home as a 'manaña culture' which decreases productivity.

Boris Johnson has called for people working from home to return to the office - but who will benefit?

He famously described working from home as a ‘manaña culture’ which decreases productivity.

The British Prime Minister, who is currently battling allegations that he lied to the British public about whether he attended parties during the lockdown, said: “My experience of working from home is you spend an awful lot of time making another cup of coffee and then, you know, getting up, walking very slowly to the fridge, hacking off a small piece of cheese, then walking very slowly back to your laptop and then forgetting what it was you’re doing.”

He added: “We need to get back into the habit of getting into the office. There will be lots of people who disagree with me, but I believe people are more productive, more energetic, more full of ideas when they are surrounded by other people.”

The Prime Minister is just one of several prominent voices in the Government and business, such as Morgan Stanley’s CEO, who are now calling for a curtailment of working from home.

Jacob Rees-Mogg, ironically working as the Minister for Government Efficiency, has been particularly scathing: “One can’t help but be suspicious about the desire to work from home on Monday and Fridays,” he said, adding that he thought staff were “working from home when sporting events were taking place, or the weather was nicer.”

He has gone so far as to start leaving ‘passive-aggressive’ notes on the desks of those, not in the office. I’m sure that type of crass, childish and bullying behaviour is perfectly aligned with increasing efficiency, morale and productivity.

Lord Sugar has been even more withering in his response to remote working, calling those who request to work from home ‘entitled’ and ‘workshy’ and “without their boss or colleagues keeping an eye on them (people) can get away with spending time online
shopping, or logging on in the morning, then going back to bed, or watching the cricket.”

Johnson, Rees-Mogg and Lord Sugar illustrate exactly why we need leaders who operate on principles of trust, empathy and integrity rather than assuming the worst of their people. Arguably, attitudes like these shown by leaders have played a huge part in the Great Resignation.

Indeed, while poor leadership has been found to negatively impact productivity and morale, multiple studies have found that remote work actually INCREASES productivity. A study of 16,000 workers over nine months found that working from home increased productivity by 13%.

As well as boosting productivity, the study found that remote workers also reported improved work satisfaction, and attrition rates were cut by 50%. Another study conducted in 2021 found that 40% of workers reported they were more productive at home than in the office, with only 15% saying the opposite was true.

Why the sudden war on WFH?

During the pandemic, it was clear that working from home saved many businesses. Of course, there was a learning curve and some adapting needed, but many businesses realised that the lion’s share of their business could be conducted from home.

The Government’s recent woes have been well documented, and they are largely perceived to be struggling to deal with the cost of living crisis and the faltering economy. Blaming those that work from home and insinuating that people aren’t being productive at home feels a bit convenient and perhaps a blame game that sows discord between frontline workers who still have to go into their jobs in person and those who work from home.

It could also be an attempt to drive a wedge between generations to make the public less aligned on the cost of living crisis they all face together, placing remote work as the Dead Cat strategy to distract people from the truth – Government ineptitude, deceit and incompetence.

The Brexit referendum is coming up to its sixth anniversary. With no real solution in place over half a decade later, hearing politicians lecture the public about productivity is pretty galling.

It is important to remember that the rise in inflation, the current economic climate, and the rise in the cost of living are not because people have been working from home but is largely down to how the Government has approached certain crises.

For example, in France, energy cost growth is capped at 4%, and in the UK, privately-owned energy companies have been allowed to raise prices by over 54%, and they have just avoided a windfall tax on their record profits while ordinary people struggle to pay extortionate bills.

In the City of London, many offices now lie empty as companies adopt a hybrid working arrangement. However, not paying the costs for large and expensive office buildings in London has put money back in the pockets of businesses they can reinvest.

The Government has been launching and promoting a “Levelling-Up” programme to bring wealth and regeneration to parts of the UK that have lacked investment in recent years. But working from home has led to a huge growth in people leaving large, expensive cities like London and relocating to other parts of the UK where they are giving a major boost to the local economies in these areas. It also allows companies to hire employees from across the country rather than within a commutable radius of the office.

Exactly what “Levelling-Up” is all about, so why are the Government suddenly complaining?

There are other concerns at play and reasons why the Government needs to strike a balance and get people in the major cities back to work in offices.

London Underground has been teetering on the verge of bankruptcy since the pandemic began when the passenger revenue that it depends on completely collapsed.

Even now, two years later, travel is still not close to pre-pandemic levels, meaning a funding gap of around £1.9billion. As a result, TfL has been forced to keep negotiating small emergency funding deals with the Westminster Government, the latest of which runs out on June 24. This may explain the timing of the renewed calls to return to office work.

Despite the Prime Minister’s observations about working from home, being in the office does not necessarily equal greater productivity. In fact, according to a recent survey by ConnectSolutions, “77% of those who work remotely at least a few times per month show increased productivity, with 30% doing more work in less time and 24% doing more work in the same period of time.”

The problem in the way we measure productivity

It was deemed a success and has been in place ever since, until recent work from home changes and the introduction by some companies of a four-day working week.

The issue is that many people, including some of our leaders of business and Government, are still clinging to a system set up nearly a century ago in the industrial age of factory production. They are measuring the success and supposed productivity of workers in the digital age by how they work within a structure set up 100 years ago and which was never intended for use in the 21st century.

No one has looked at the current set-up like Henry Ford did 100 years ago and thought about how to best change it for modern needs. Although Ford wasn’t making the change to help workers, he was doing it to increase his bottom line and productivity at his factories.

The pandemic forced the hand of many businesses to change the way they work and has gone a long way in illustrating that people do not need to be in an office 9-5 to get their work done to a high standard. It also showed the population at large, who had been struggling to balance work and home life while spending time and money travelling into offices, that there was another way and that they didn’t have to continue that struggle.

There has been a mass realisation that the current structure is not inclusive and is a hindrance rather than a help to most people. The time window in which people get their work done should not matter; people are more likely to be happy and satisfied with their job if they can balance their working hours as they see fit around their personal lives.

Mo Gawdat, former Chief Business Officer for Google X, recently shared in an interview with Steven Bartlett that he believes we are in an unhealthy obsession with productivity which is so bad that it constitutes a pandemic. He thinks that businesses should be focusing on staff happiness, and with The Great Resignation not yet in the rearview mirror and more job vacancies than people who are available to fill them, there is a greater reason to.

How long it takes a person to get a job done or their modus operandi shouldn’t matter as long as the end result is what is desired. As Bill Gates was getting at, if people can find different, easier, more efficient ways to get the job done, that’s innovation and that kind of thinking should be applauded and could be applied company-wide with potentially great positive effect.

Why are so many leaders then still so obsessed with the idea that innovation and productivity only occurs within an office environment during 9-5 hours?

Surely, ingenuity is driven by incentive? If someone wants to go for a long lunch break or finish a bit earlier, they are more likely to work harder and think more creatively about how to get that done so they can do something important to them.

Forcing people to go back into the office after a global pandemic and now in a cost of living crisis will not help your business in the long run. It’s going to make people feel resentful and likely less motivated and shows a flagrant lack of concern for employees’ lives. Not to mention that demanding people come back to the office completely disenfranchises and loses the experience and skills of many groups, including mothers and
those with disabilities.

The Government, and especially the Minister for Efficiency Jacob Rees-Mogg, should be using this cost of living crisis as an opportunity to innovate, looking at the way they support businesses and how they are run, with a focus on making the whole structure of working more efficient for everyone.

Trying to reverse this long-needed transformation in the way we work is like trying to fit a square peg into a round hole; it’s returning to the past, not looking to the future.