The Diversity Partnership for diverse and inclusive workforces 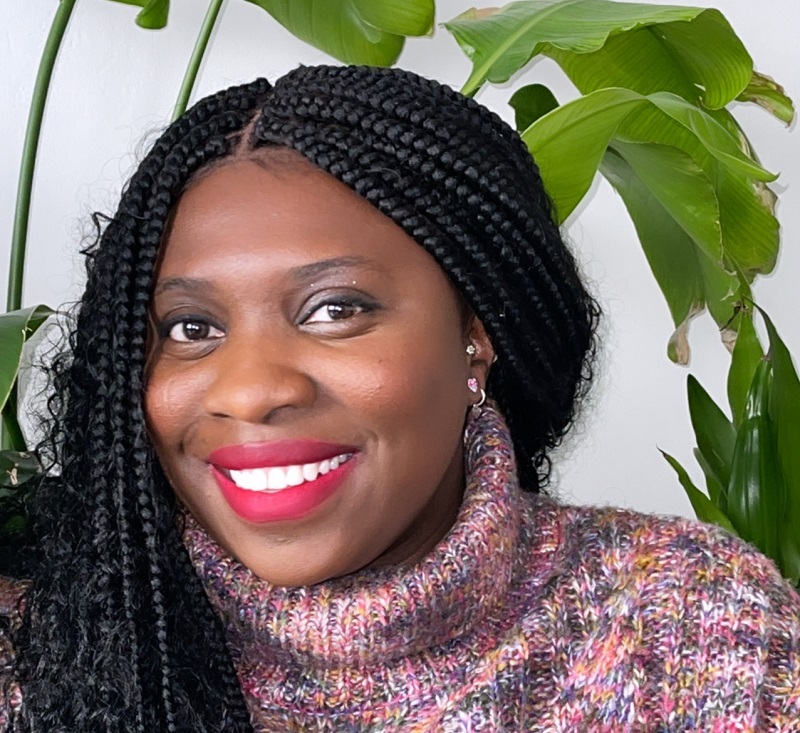 Abi Adamson is often described as the future of DE&I thought leaders. The Diversity Partnership (TDP) that she founded has helped some of the world’s best-known companies attract, develop and retain a diverse and inclusive workforce.

She is a passionate advocate for tackling uncomfortable conversations around race and other identities. Much of her expertise is based on her own negative experiences, including the CEO who said he welcomed DE&I when Adamson was the company’s only Black employee.

After graduating with a degree in film studies, she worked for a time for major film companies in various roles before taking a PA role which morphed into an HR role with a start-up. Although the film industry had prepared her for inequitable practices, being in a small organisation really opened her eyes to them.

A moment of clarity was when a colleague pointed out that everyone in the business had been carefully selected from specific universities. “New to the role, I wasn’t aware of the situation,” says Adamson. “Then I had a look, and every person went to a Russell Group University, an Ivy League University or Oxbridge. The company said they only wanted the best of the best, but how subjective is that? What’s best of the best to you might not be the best to me.”

On further examination, Adamson discovered that all the interns had been to private school and their parents all had high profile jobs and were well connected. When she spoke with the CEO, who said they were passionate about diversity and inclusion, she reminded them that a good way to show this was to diversify the intake of interns to reflect the society in which we live.

“I told them  I wanted to be part of the recruitment process and that having an education bias meant missing out on a whole different talent pool which they agreed to.

Being involved in hiring everyone from graduates to the new MD made Adamson realise that she was good at recruitment, and she decided to pursue that career path. After three and a half years with the company, she left to become Head of People and Talent at another firm. Sadly, it proved to be a traumatic experience.

“This is where everything changed for me,” she reveals. “I went into the company thinking that I could make some changes – there were not many Black women in leadership teams. I should have gone there in armour because of the racism, sexism and misogyny.

“Someone would argue that White people were smarter than Black people, that Black people were inferior, or they’d ask if anyone in my family had been to prison. I lasted nine weeks in that company.”

Why did she think they hired her in the first place? She answers that one of the leaders had admitted they’d recruited a Black woman so that they couldn’t be called racist.

At her next port of call, where she was responsible for recruiting, Adamson got on well with the MD, who was impressed by how she got results. But then things started to go downhill when the new HR person joined.

“I didn’t do the HR side, just acquisition, but people would come to me for a confidential chat,” she explains.

“Unfortunately, we shared the same room, and she loathed the fact that people liked me and that I excelled at my job. She started planting seeds of doubt in the MD’s mind about me, and by the end of my tenure there, he didn’t even speak to me.”

Having two bad employers back-to-back, Adamson understandably was reluctant to work for anyone else. Fortunately, she’d already been working on the side, posting articles and tips on social media about diversifying workplaces. People started sharing her posts, which resulted in organisations asking her to look at their diversity.

So, in 2020 and at the start of the COVID-19 pandemic, she founded The Diversity Partnership, with an emphasis on partnership. “I’m not a magician who will roll up into your workplace and sprinkle some magic dust,” Adamson points out.

“You need to meet me halfway because I’ve seen some awful behaviours. I bring extensive skills, but you also need to bring your authentic self and let go of your ego for this to work because we’re talking about breaking down institutional blockers and systemic walls.

“I make sure businesses know I’m going to look under the bonnet of their car, and they might not like what I find. I’ll bring solutions, but they need to understand that this is messy work. DE&I is a mammoth topic – it’s how long is a piece of string?

The Diversity Partnership has delivered game-changing DE&I culture strategies and training sessions to major companies, such as Spotify, Slack, Fiit and Papier. These strategies are built on the principles of belonging, inclusion, diversity and equity, which should not exist in isolation but be intertwined. It’s not a one-size-fits-all approach. The Diversity Partnership provides tailored solutions to each client’s specific needs and challenges.

Finally, Adamson has no qualms about turning down those companies she sees as not ready to embrace change. The number one indicator is those organisations that expect the service for free.

“We already know that Black women are probably among the least in the workforce anyway,” she argues.

“So, you want me to give you my set of skills that I have acquired over time for free? Would you ask a white man to do that? The second thing I look for is if they allow me to speak to their people. But if they guard their employees, I know there’s something they don’t want me to find out.

“I suppose the last thing is when they expect it to be done overnight because I keep saying that it’s not just what they have to learn but also the things they have to unlearn, which is much harder.”