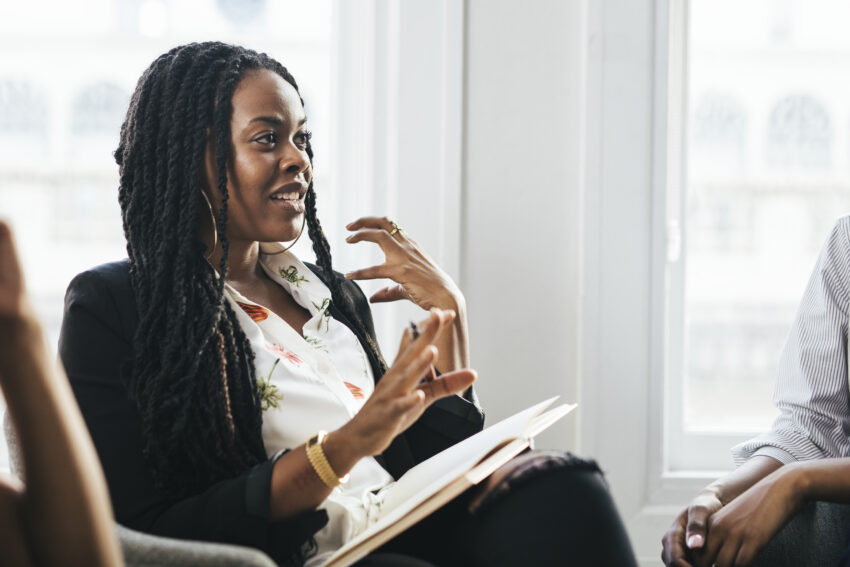 Almost half of the programme's companies are female-led.

UK scale-up accelerator Tech Nation has announced that 30 companies will be joining its newest growth programme, Libra, designed to help Black and multiracial entrepreneurs with Black heritage gain the knowledge, tools and networks to scale their businesses.

The Libra programme comprises Black heritage founders from across the UK, with almost half (43%) of the companies led by female founders, who are even less represented in the startup ecosystem.

To qualify for the programme, companies needed at least one of the founding team members to self-identify as Black (British/African/Caribbean) or multiracial with Black heritage. All companies must also be headquartered in the UK and “demonstrate market traction and an ambition to scale.”

What the cohort can expect

Over six months, the founders will each receive over 60 hours of support and will benefit from sessions delivered by successful entrepreneurs.

They will also receive mentoring from globally renowned scale coaches and peer-to-peer sessions on fundamental growth challenges. Topics that will be covered include raising series A funding, selling into corporates, scaling operations, and expanding internationally.

The group of founders will also be introduced to “key stakeholders and decision-makers at corporates” as well as investment firms and government bodies during networking events.

A number of selected companies are using tech to make the recruitment process and workplaces more inclusive; these include companies like Manchester-based Jobseekers, which aims to become the primary and most unbiased job-search and matching engine online, and Flair Impact, which uses technology to help organisations measure and build anti-racist cultures.

Some ventures are also trying to help the UK reach its Net-Zero target, such as Bristol-based Voltric, which provides an electric vehicle subscription service that allows consumers to access a range of electric cars.

The programme’s launch follows long-term issues in the funding ecosystem for Black-led ventures, where Black and multiracial founders can face barriers to accessing venture capital (VC) investment due to racial bias. In 2020, Tech Nation partnered with Extend VC and Impact X to produce the ‘Diversity Beyond Gender report’ which found that between 2009 and 2019, 76% of VC investment went to all-white founding teams while only 23.36% went to multiracial founding teams and even less to all-Black founding teams (0.24%).

Tom Adeyoola, Co-founder, Extend Ventures and Judge for the Libra programme: “As our Diversity By Gender report starkly showed, ethnic minority founders and Black founders, in particular, have struggled over the last 10 years to gain access to finance in the startup ecosystem. We hoped our report would kickstart awareness and action. Only one Black female founder had raised over £1m in venture funding in the 10 years to 2019; since publishing our report in November 2020, there have been at least seven.

“I am hopeful that Tech Nation with this new Libra programme can help drive for Black and multiracial founders the virtuous cycle of visibility, connections, and success through the power of the cohort that we have seen in the rest of the startup ecosystem. Having had the honour of taking part in the judging for the Libra programme, it is clear that there is a healthy and competitive pipeline of Black and multiracial founders that just need fair access to financial and social capital to succeed. I’m looking forward to the access to finance stats in future diversity reports becoming more representative of the UK population.”

Toyin James Omisakin, Co-founder and Chief Product Officer at Compare Ethics and part of the programme’s cohort, said: “Our founding team is being built by blackness, people with disabilities and women. Due to structural inequalities, many would say this formation is limiting. However, we see this diversity as our strength. We are excited to see Tech Nation also recognise this strength and help to normalise underrepresented groups in the tech ecosystem. I’m thrilled to be accelerating the impact of Compare Ethics through the support of the experts on the Libra programme.

“I look forward to paying this opportunity forward with other founders that will greatly benefit from this programme – keeping the virtuous cycle of bridging the gap alive.”

To find out more about the Libra programme and the selected businesses in its first cohort, click here. The Diversity Beyond Gender report can be accessed here.