Systemic discrimination is alive and well across the world 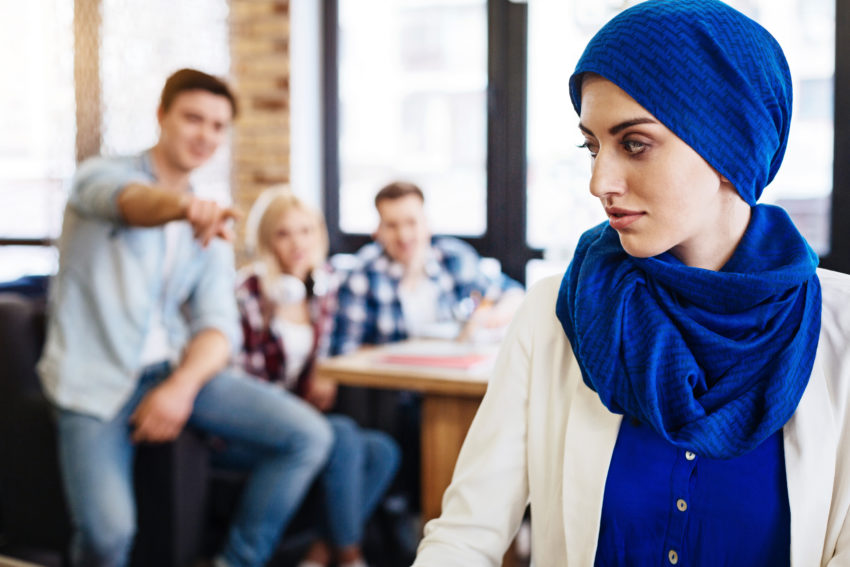 Researchers Elochukwu Uzor and Dr Michelle MacMahon found that despite Ireland being an international employer, Asylum Seekers are being excluded from many employment opportunities.

While almost half (43%) of those surveyed believe Ireland is a diverse and inclusive employer, 58% said their organisation does not consider job applications from Asylum Seekers. In 2019, there were 7,800 Asylum Seekers in Ireland.

Discrimination in the workplace

When the respondents were asked why they thought employers do not consider job applications from Asylum Seekers, the researchers found three recurring themes:

Meanwhile, only 20% of respondents had advice for Asylum Seekers looking to find a job, which was to ‘network’ and ‘build credibility’.

Diversity and inclusion in the workplace cannot thrive on the idea that you have to know the right people to succeed, says Elochukwu Uzor, a current MSc HRM student at Trinity Business School: “Employment is a basic human right! Employment provides a sense of inclusion, belonging and security in society. It is also positively related to people’s mental health. Therefore, those who are employed have a greater sense of self-satisfaction.

“Asylum Seekers have longed craved the opportunity to be included in the labour market and contribute to Irish society. However, this can only be possible if employers are properly educated about Asylum Seekers right to work in Ireland, and employees check their exclusion behaviours.”

Dr Michelle MacMahon, Adjunct Assistant Professor at Trinity Business School, says: “We have moved beyond the business case for diversity and inclusion, and still we pay little attention to the exclusions that remain. We view inclusion and diversity as a social phenomenon, that is, people represent the organisation, and therefore people include or exclude. “

Sometimes ‘who you ‘know’ in an organisation can be the ones facilitating discrimination and exclusion, a recent Financial Times (FT) report found.

News of systemic discrimination against Asylum Seekers in Ireland’s job market follows reports in the FT that the UN-backed Green Climate Fund (GCF), the world’s largest climate finance institution, is facing a wave of internal misconduct complaints including allegations of sexism and harassment.

The largest climate finance group in the world, the UN-backed Green Climate Fund has been flooded with allegations of misconduct and discrimination in recent weeks. The FT reported that they are under fire for allegations of misconduct, including abuse of power, racism, sexism, harassment and inappropriate relationships that have spanned across three years. The allegations were brought by 17 of the 330 employees at their headquarters in Songdo-dong, South Korea.

Founded on the premise of eradicating power imbalances between richer and poorer nations, the abuse of power has been found within the organisation comes as a surprise. A group within the organisation responded to the allegations as seen in the Financial Times to say: “The management of the GCF will be held accountable for their actions,

“The fund’s mission has been jeopardised by the personal interests of a handful of persons, embedded in the system, who have literally no limit to what they can do.”

In response to questions from the FT, the organisation adds: “GCF has zero-tolerance for racism, sexual harassment or any other forms of discrimination, and is committed to creating a respectful, professional working environment for all its personnel.”

Similarly to the Irish Job Market, the GCF prides itself on being progressive, without the action and policy in place to prove its inclusivity and fair treatment.

Policy, and the action taken to ensure its implementation, is the only way to ensure that workplaces become diverse, inclusive and that employees are treated fairly, says Dr Michelle MacMahon, Adjunct Assistant Professor at Trinity Business School.

“There exists an opportunity for HRM to adapt existing policies on diversity and inclusion to mitigate exclusion. Policies that draw attention to un/conscious biases and expose exclusion behaviours to give Asylum Seekers a chance to employment that is their right.”