Put data in the driving seat for better D&I 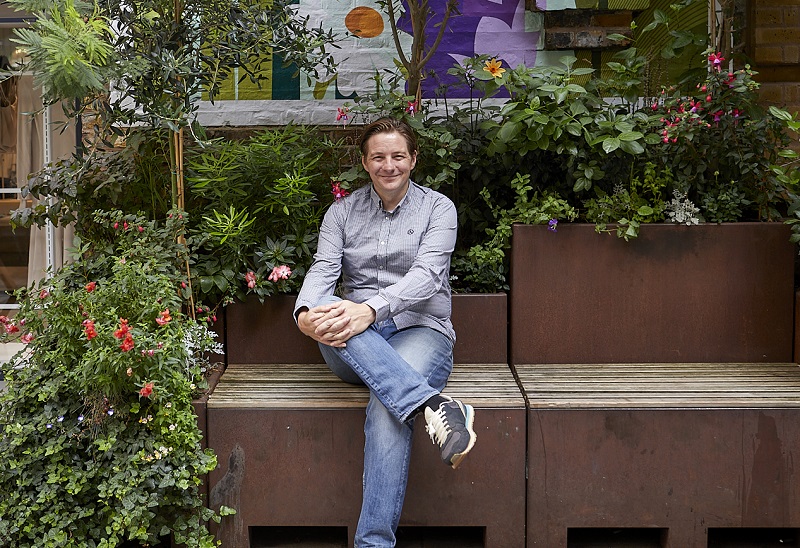 Data is the key to building a diverse and inclusive workplace. Without it, everything is guesswork.

That’s the view of David Whitfield, CEO and Co-Founder of HR DataHub, an intelligence platform for HR teams which provides technology-powered objective D&I insights. He says: “You need to understand what’s happening in your organisation. It’s the old saying, ‘what gets measured gets done’. Once you’ve got the information, it tells you exactly where you are, and then you can be held accountable for the wider organisation.”

With this in mind, the company launched the D&I Index on its website to provide organisations with a clear and unbiased view of their D&I status. It evaluates performance across the five protected characteristics of age, disability, ethnicity, gender and LGBTQ+, then assigns points and establishes a ranking. This helps users to set the right targets and make meaningful change.

A coalition of world-class experts created the Index, and so far, 150+ companies have signed up. Anonymised data from companies compare them with their peer group against four measures – representation, tenure, talent area and pay differentials.

Whitfield explains: “They can then see how they perform compared to their closest rivals, which is quite powerful for them to understand. Then we correlate the performance of all companies against 100 actions to identify what works. The scores are confidential and not shared with other companies.

“We adjust our methodology and the targets we set regionally using the census. For example, if you’re from North Wales, you will get an adjusted lower target for ethnicity than someone in Central London because we know that the local talent markets are very different.”

The Index has been a year in the making and was born out of frustration at the lack of meaningful data, which drove Whitfield to set up HR DataHub three-and-a-half years ago. From experience working for large corporates, latterly as Reward Director at Heathrow Airport, he found that the data provided by the large consultancies was insufficient and expensive.

“If you wanted to get powerful insights, you had to pay £10,000 a day for their consultant,” Whitfield reveals. “Which meant that only a few large corporations could access those insights. My plan was to democratise data and empower companies through the platform to get the insights they need for a pretty low subscription cost.

“Traditionally, big consultancies collect data primarily around reward. But they haven’t looked at some other areas that add more value. We wanted to collect data not only for reward but for D&I, recruitment, engagement and talent. But this well-rounded data is hard to come by. When we started doing research around D&I, we could not believe the lack of data out there, which is why we pulled together the coalition of partners to build the Index.”

He recommends that companies run a diversity census. To do that, they must first build trust to ensure that everyone understands why the data is being collected, the outcome, and what commitments will be made. Leadership support is then the next step.

“Once you’ve got the data, you can understand what’s happening and be held to account,” Whitfield argues. “The biggest frustration to me is seeing lots of activity but without thinking about what actions are best. I would say that data sits alongside more insightful feedback from colleagues and networking groups.”

Employee census better than a survey

He points out that a census is preferable to an anonymised survey which provides aggregated results that are only good for a year. He advises starting with representation for companies that gather data but don’t know what to do with it.

“This is very straightforward as most organisations will have some sort of grading or levelling system,” says Whitfield. “What’s the landscape from a hierarchy perspective? Then make sure you’re doing intersectionality as well. Once you’ve done that, you can start looking at how talent enters the organisation, is trained, developed and how it exists.”

In his view, the best organisations have “nailed disclosure” with “live dashboards hooked into HR systems”. He adds: “Then they can see what’s happening in real-time and have a weekly conversation with the executive. Taking it to that level means everybody’s engaged and willing to resource it effectively. Alongside that is massive engagement: listening groups, networking groups, and constantly speaking to their people about what’s happening. Inclusivity can only be achieved through engagement and talking to people.”

Collecting data and promoting D&I shouldn’t be confined to large companies. As a small company, HR DataHub strives to attract diverse talent. But it’s not been easy.

“We advertised for a head of tech and had 500 applications. Only three of which were from women,” says Whitfield. “We are now exploring better ways of trying to engage with talent because we want to be a diverse team. If you’re a small organisation, now is the time to start collecting data in the right way, to role model behaviour. It’s probably a lot easier at this stage to collect data than it will be further down the line.”

He believes that the HR DataHub approach to D&I is unique in that it views performance not only objectively but from an external perspective. “We think the value comes from external best practice, and we connect people through our community, and we are also looking to correlate actions.”

More worrying is the Government’s decision not to introduce mandatory ethnicity pay gap reporting. “It is a blow to the deep, ongoing work being done to create an equal and fair world,” says Whitfield.

“Let’s be clear, equality is not up for question. The lack of legislation around ethnicity pay gap reporting doesn’t just allow organisations to escape responsibility. Still, the lack of formal guidance also makes it tricky for companies to know exactly what to do.”