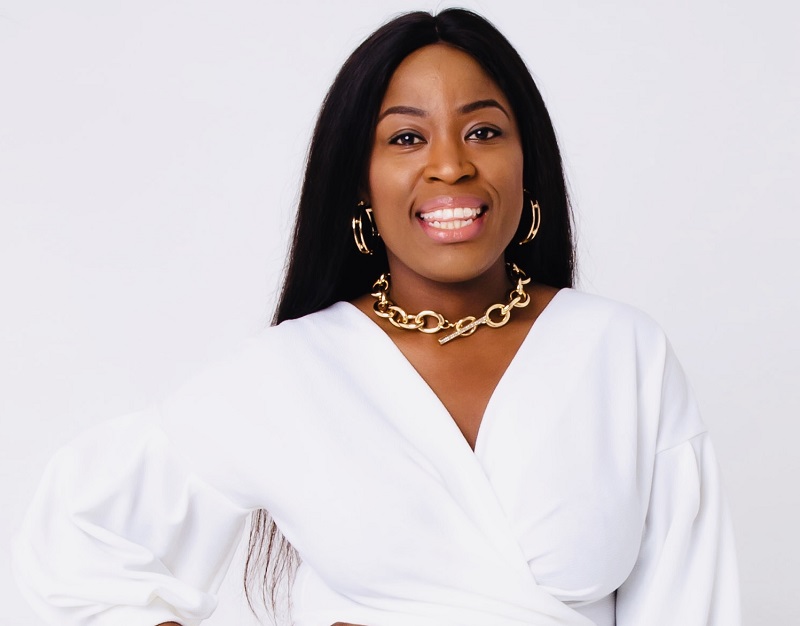 Better pay equity is top of Tolu Oke’s wish list for a fairer society. And it’s even more important in the wake of an energy crisis and rising inflation.

She argues that making workplaces fun and inclusive means little if people are struggling to make ends meet. “Nobody talks about the traumas associated with poverty, but poverty is traumatic, and there are consequences,” says Tolu. “People living in poverty have very few chances because they have to make so many choices.”

These included whether to work from home to save on commuting to the office or choosing between eating and heating. She adds: “Money can help to alleviate those choices so that at least you’ve got one less thing to worry about. So, if I could wave a magic wand, it would have to be for better pay equity and at least have parity as a minimum.

“Once you take away the challenges that come with finances, I honestly think people will have a better chance of living and working to fulfil their potential.”

Helping people to achieve their full potential and promoting DEI is what Tolu excels at and has been involved in for the past seven years. Her expertise was recognised at the Women in IT Awards UK earlier this year, where she won Diversity Lead of the Year.

“Winning was overwhelming, but it’s good to have the industry recognition,” she says modestly. “The tech industry is challenging and fast-paced, and it felt like I was earning my stripes.”

She also won the DEI award at the WISE COVID Unsung Heroes Awards, celebrating women in STEM; National Centre for Diversity, as FREDIE Lead of the Year and the Most Inspiring Individual of the Year 2022. Tolu was recently selected as a finalist in the Black British Business Awards as a 2022 STEM Rising Star.

“It’s a great role that allows me to engage with multiple stakeholders and customers who want to benefit from our expertise. The next piece is around community work. I was in Ghana for two weeks, supporting an NGO which looks at education and basic needs. I spoke to customers on the ground, asking them if they wanted to partner with us.”

Tolu believes that customer inclusion will be “the next frontier of DEI”. As well as treating employees fairly, businesses need to understand their pan-industry impact.

She loves her job and the impact that AWS is allowing her to make. But Tolu is aware of the challenges facing other DEI professionals trying to make changes in their organisations, not least because DEI professionals were the hidden minority that advocated for others.

She says: “We’re fighting on the front line, but we’re very forgotten. As a Black woman doing this work, I carry multiple hats. I’m doing work for folks, but then I think, ‘what’s happening for Black women, and when do I finally matter?’ Sometimes you feel that you’re driving change but not always a beneficiary.

“The second challenge is the emotional tax. We’re dealing with people, which is the heart of any business. I always give the example of a salesperson who their team may value because they are out there making money. But, if that person doesn’t feel included or is being harassed or bullied, they won’t be productive. They will then come to the likes of us in DEI, or employee relations, to discuss their issues. So, we’re the ones that keep the people engine going.”

She acknowledges the emotional burden associated with DEI work and recommends that businesses should allow those professionals to take time out for their mental health. It was also a good idea to create a community of practitioners – an initiative Tolu created at AWS that has grown to a group of 40.

“I worked hard to achieve significant stakeholder buy-in. The growth of the network was an obvious value proposition, and, for the first time, I offered capacity for sessions on topics like race in EMEA or inclusive leadership in a personalised way.”

She adds: “To sum up, it was building a value proposition around the programme, giving people the opportunity to shine, career development, access to senior stakeholders and, more importantly, having fun. Inclusion should be fun because people become fearful when we make it too serious.”

Tolu knows that running ID&E programmes on the scale that she can requires funding that some companies, particularly smaller ones, cannot afford. Still, she believes that lacking a budget shouldn’t prevent people from starting their ID&E journey as they could request funding when they have something to show.

While some companies have struggled with race and sexual orientation, Amazon has tackled these issues head-on. It launched CORE (conversations on racial equity) involving leaders from different racial backgrounds.

“Unfortunately, last year, we saw a rise in Asian attacks in the community, Tolu reports. “We did a town hall session in collaboration with the Asian community where people talked about their personal experiences. We’ve also had conversations about antisemitism both in and outside the workplace. We are very confronting because, as one of the biggest employers in the world, we cannot afford not to discuss the things that affect them.

“The challenge for many organisations is the fear of saying the wrong thing. But I often say that if you start with good intentions and make them known, people are more receptive because you are not pretending to be experts.”

Amazon doesn’t have a one size fits all policy but fits in with local legislation. For example, in some countries, there are certain things that you are not allowed to ask. In the US, this varies by state.

Controversially, Tolu points to the phenomenon among certain Black people that she terms the ‘gratitude complex’. It was particularly apparent among those who are the first in their family, usually from low-income backgrounds, to get a university education and a career.

“Because you’re the first in your family, the first of anybody you know, you become mute, grateful to be there,” Tolu admits. “But when I went to Cambridge, I met many people who deserved to be there. Be grateful, but don’t let it hold you back, especially in the workplace.”

Having said that, she reveals that, early in her career, she experienced microaggressions, such as bullying and inappropriate comments. The worst was when a male leader told her at her new joiner orientation: “I see you shaking your ass like Nicki Minaj.” Although the manager later apologised, following escalation from a male ally, the microaggressions persisted. As her career developed, she learned not to be afraid to walk away.

“I owe nobody nothing but what I’ve contractually agreed to do in my job,” she says firmly. “Outside of that, I owe it to be true to myself. I’m not afraid to ask, but if you don’t pay me what I’m worth in the market, and if you don’t give me the opportunity, how can you expect me to stay?”

What advice would she give to young people from diverse backgrounds entering a less inclusive workplace?

Firstly, she says that trying to be the voice for change can be tiring, and secondly, there’s the danger of being the only one who will challenge, which could have a negative impact on your career. The answer was to strike a balance between being the voice of change and not falling on your sword.

“For every person that speaks up, there’ll be five people who saw it but decided to be quiet,” Tolu explains. “Whether you like it or not, progression in the corporate world is a game of hustle. I always say share your feedback within the employee network, and they can speak up through an executive sponsor.”

She is keen for others to learn from her example that people are more than the sum of their achievements; even if they never win awards, they are still valuable and make a difference.

As Tolu  says: “Just showing up every day, especially as a woman not just in tech but any industry, is a form of achievement, a form of resistance, a form of making a statement and inspiring other people.”