Paralympian’s business sponsorship shows the many benefits of CSR 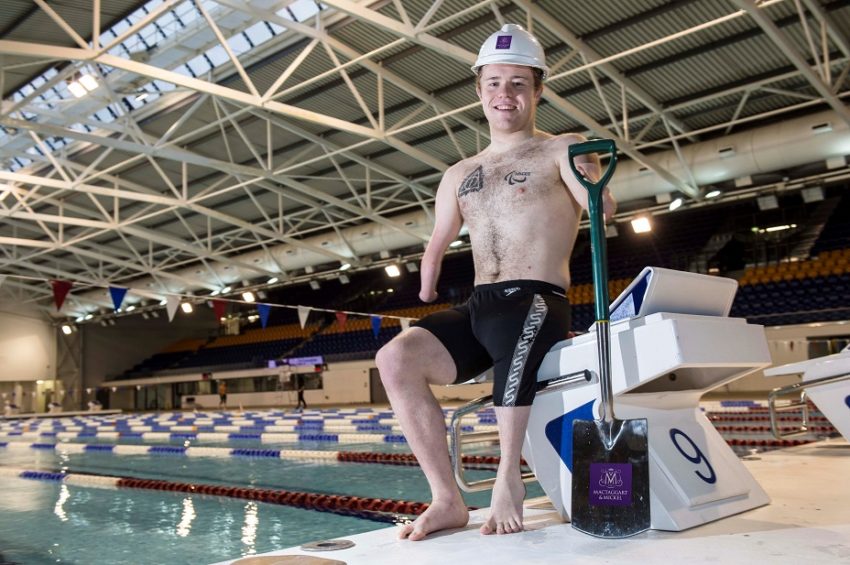 Effective CSR can boost a business, but a poor approach can ruin a brand.

Apart from being the right thing to do, genuine CSR can boost employee engagement and bolster diverse recruitment

Role models can inspire underrepresented groups to enter new arenas, but support from privileged positions can be needed to help. Glasgow-based Paralympian Andrew Mullen is one example. He has received backing from local house-builder, Mactaggart & Mickel for the fourth year in a row which has enabled him to keep training despite the disruptions caused by COVID-19.

The family-run building company is sponsoring the 24-year-old swimmer, allowing him to keep up his training ahead of the Paralympics in Tokyo this summer following its postponement in 2020 due to the virus.

This summer’s event will be Mullen’s third Paralympic Games. Over the course of his career, he has competed at the London Games in 2012 and in Rio in 2016 where he won a silver and two bronze medals.

Speaking about his sponsorship, Mullen said: “The current climate has resulted in lots of uncertainty for athletes, but Mactaggart & Mickel’s support has been a constant for me and is always greatly appreciated and takes a lot of stress away so I can focus on swimming.”

On the topic of last year’s postponement, he added: “It was disappointing and frustrating because it’s something that I’ve been focused on for four years, but in the grand scheme of things, a year delay isn’t the end of the world. Plus, it’s important to put things into perspective – people have it a lot worse at the moment, right from my fellow Scots losing their livelihoods to people losing their lives across the world.”

Mactaggart & Mickel Director Joanne Casey said: “We have a history of supporting people in communities like Newton Mearns where we are building new homes through our Building Communities Fund.

“Andrew’s an inspirational figure because he’s dedicated himself to the pursuit of sporting excellence and like Mactaggart & Mickel he’s working his way through the pandemic. We are all delighted to have extended our sponsorship of one of our own sporting heroes for a fourth year, at a time when he needs our support more than ever. It’s great to know we’re making a real difference to Andrew and we’re confident he has what it takes to do Great Britain proud at the Paralympic Games.”

While Mactaggart & Mickel’s support of Mullen’s sporting career is a great example of community-driven impact-investing, how altruistic are UK companies generally? – And how interested are their employees?

The business benefits of CSR

The positive impact of corporate social responsibility on shareholder value and customer engagement has been discussed for a while. But other benefits include better employee engagement and retention.

In a 2020 report, over half of UK workers, including two-thirds of those aged 18-29, believed their employer should invest in charitable initiatives. With millennial and Gen Z employees valuing businesses that engage in the philanthropic side of CSR, it’s important employers take note as they are the future majority workforce. The study also found that employee engagement grew along with the introduction of CSR initiatives in a business.

The importance of genuine CSR

A good CSR programme can go hand-in-hand with a more effective D&I strategy. If a business engages itself with timely social issues, it could find that a growing (and diverse) body of recruits is interested in working for a values-led organisation that resonates with their own beliefs in social impact and representation.

However, businesses engaged in CSR must go beyond the superficial. Jumping onto social media hashtags regarding the racial, LGBT+, or environmental issues of the day without any further plans to enact positive change in an organisation or beyond can do a brand more harm than good.

Like other poor approaches to D&I initiatives in a business, a thin approach to CSR will look like a box-ticking exercise and will not earn a business positive engagement from staff or external parties. In fact, a business may find it has to do some serious damage control if they pay lip-service to CSR without actually meaning it.