Accelerating women in the workplace involves the whole iceberg 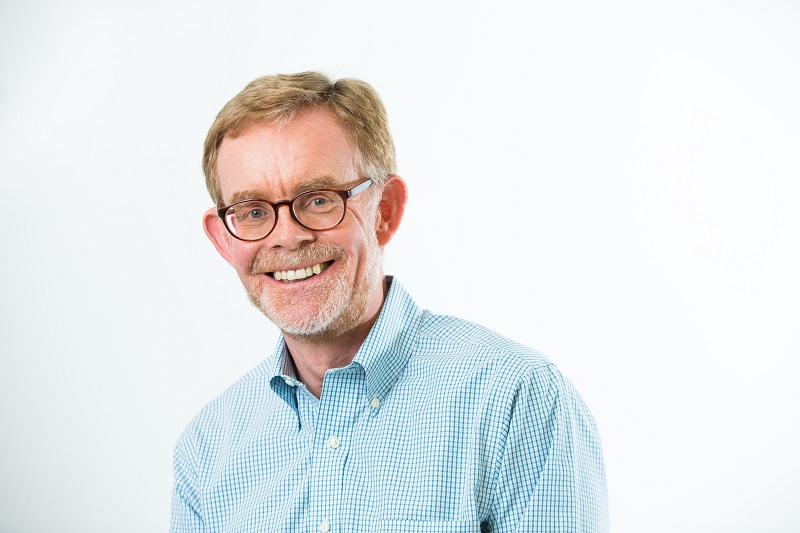 Martin Elliot (Pictured), ISAW's Chief Strategy Officer and Foundation Chair is passionate about creating inclusivity and diversity in the workplace.

In five years, iSAW (International Smart Advancing Women) aims to have helped hundreds of companies tap into women as strategic talent, and thousands of women worldwide feel empowered and fulfilled in their careers. Chief Strategy Officer and Foundation Chair Martin Elliot discusses iSAW’s ambitions and why he gets a buzz from taking an inclusive approach.

Helping women feel more powerful in the workplace involves including the whole iceberg, not just those at the tip with the highest potential, says Martin Elliot.

“We want to get under the surface of the iceberg to target every woman, whatever career fulfilment they want,” he says. “For some, that’s just coming to work every day and feeling valued. And, for others, it could be targeting the boss’s job at the top of the organisation. At iSAW, we’d love to have helped hundreds of thousands of women to feel much more fulfilled than they ever did.”

Supporting this is iSAW’s benchmarking service that will act as a gold standard for how organisations tackle gender equality and bring out the best in their female employees.

Using a sporting analogy, Elliot suggests that, where women are the players on the field, the benchmarking service changes the field. It involves looking at how companies measure up against a gold standard on gender parity and creating a league table. This would then enable women around the world to see which organisations are more inclusive.

His enthusiasm for creating more inclusivity and diversity stems from experience. While at BP, first in accounting and then IT, he had the opportunity to work in several countries, including Oman, Germany, Belgium, USA, UK and China, which exposed him to different backgrounds and cultures. Elliot soon realised that he had a knack for getting the best out of people, creating better business outcomes, and got a buzz from it.

“Like most things, if you get a buzz from it, you put energy and effort into it,” Elliot argues. “Over time, I realised that, if I had a mixed-gender team, that was more powerful because women brought more feminine leadership attributes to the table.

“I think I, like some men, have those feminine attributes too – the ability to have more natural empathy, to think of the team first, rather than the individual. It meant I could see and leverage the benefits of mixed teams to create better outcomes.”

Latterly at BP, he began sponsoring various diversity and inclusion initiatives, including partnering with the CapabilityJane organisation to prepare more women-friendly job descriptions. Significantly he sponsored Nancy Speidel, an expert in IT who would later go on to found iSAW and to set up the Gulf Region Organisation for Women.

Elliot’s next port of call was the Ministry of Defence which, he describes as “very male-oriented, even the women.” The formal, hierarchical structure made it difficult to bring feminine attributes to the table. But he was determined to try. He had the support of the Permanent Secretary, who was keen to change the culture, along with a new HR Director who was “progressive and innovative.”

Three and a half years later, he was weighing up his next move when Nancy Speidel asked for support with executive coaching at iSAW, and the rest, as they say, is history. Elliot is Chief Strategy Officer and Chair of the iSAW Foundation.

“My role has been to try and make clear our messages and our value proposition,” he explains. “It is creating a sense of purpose and direction to make sure that we can achieve the compelling mission that Nancy has set.”

iSAW is a subscription-based service targeted at both individual women members as well as enterprises. Although set up as a for-profit organisation, it isn’t driven to make money for itself but for the women who operate franchises worldwide. “The most important thing is that we want our services to be consumed by the everyday working woman,” Elliot stresses.

He has learned that the notion of share of mind space was the most inclusive behaviour that worked in almost any culture. In his case, it was about encouraging people to contribute at meetings, particularly those who were reticent about speaking up. Getting the voice in the room breaks the ice, reinforces what an individual stands for, and helps build relationships with the rest of the team.

“My role as a leader was simply to facilitate, which is often seen as a passive term,” he recalls. “But I think that facilitating a meeting as a leader can be one of the more powerful things that you do. Sustainably leading from the middle or behind and knowing when, and where, to position yourself is quite key.”

Key to how a leader positions themselves with the team is understanding the nature of the activity that needs to be undertaken. Elliot suggests that they ask themselves whether they are trying to create something new or meet a deadline.

He says: “If you’re trying to create something new, there is so much research available on the importance of being expansive and open to ideas and not dismissing things early on.

“Gathering diverse input and data should enable you to demonstrate inclusive behaviour because you want to ensure you have different voices and perspectives to make robust and informed decisions.

“At the other end of the spectrum, if you are being driven by having to deliver to a deadline, ensure people are clear about the ask and what they have to do. Make sure in times of stress that everybody is doing what they’re best at. What’s their equivalent of riding a bike, their unconscious competence?”

When asked why progress on D&I is generally slow, Elliot believes that it is partly because those who make the decisions don’t have the lived experience of a diverse and equal workforce. They tend not to understand the link between employing people from diverse backgrounds and the world in which they are competing or how having a diverse workforce can aid retention. Some companies maintain the attitude of not wanting to fix something they don’t perceive as broken.

Another source of confusion is among men wishing to become male allies but not knowing what’s required of them. “If you want to be a male ally, you need not just to mentor but to sponsor women and be seen to be taking on some of the difficult conversations,” he recommends.

Generally, it was up to leaders to listen and create an environment that enables everyone to be at their best.

When asked why some companies blame their reluctance to report their gender pay gap on not having the right technology, Elliot argues that this is simply an excuse. The more likely reason is that they don’t consider it important enough and are unwilling to invest in the systems that will identify the pay gaps.

Elliot is critical about the focus being on diversity first and inclusion second. In his view, it should be the other way around as diversity follows naturally from an inclusive culture.

In the meantime, iSAW will continue to strive to make a difference for women. Success could then spark the creation of similar models for other diverse and minority groups.