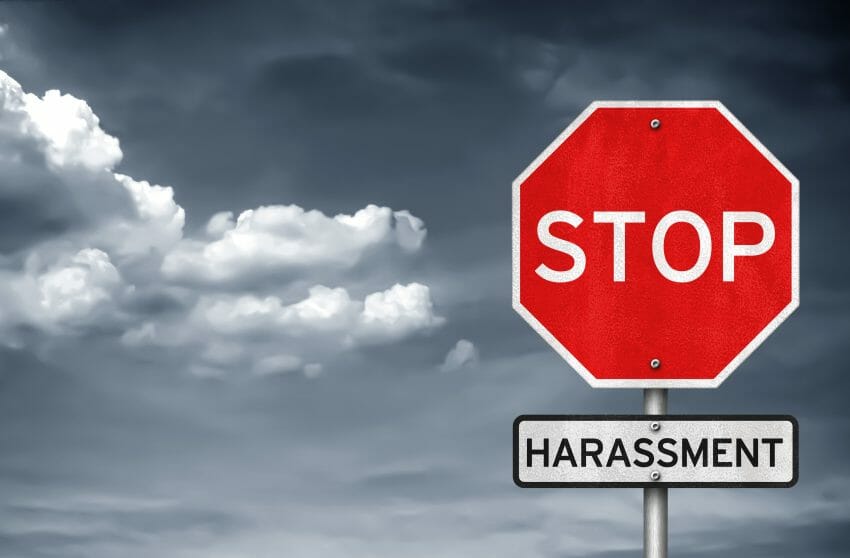 One year on from the outcry over sexual harassment, there are more ways to empower women in the workplace.

“A movement to centre survivors of sexual violence is being talked about as a vindictive plot against men.” The speaker was Tarana Burke, an American civil rights activist, better known as the woman who founded #MeToo. In a recent TED talk, she warned that there was a risk that politicians were misrepresenting the intentions of the movement, and “pivoting away” from the needs of survivors of sexual violence.

Burke started MeToo in 2006, on MySpace, as a means of creating solidarity among marginalised women who had suffered abuse. Most of the world heard of it 11 years later, however, after revelations about the Hollywood mogul Harvey Weinstein ripped open a wide-ranging debate about sexual misconduct in the workplace and social circles. The phrase received international publicity after Alyssa Milano, an actress, tweeted on 15 October 2017: “If you’ve been sexually harassed or assaulted write ‘me too’ as a reply to this tweet.”

By the end of the year, the #MeToo movement had claimed the careers of not just Weinstein, but Kevin Spacey, and, in the UK, two of the Prime Minister’s closest allies. But if #MeToo was the most powerful movement against sexual harassment the world has ever seen, its presence soon provoked soul-searching of its own. While branding #MeToo a “witch hunt” was clearly all too convenient for some powerful men, the idea that whisper networks could lead to rough justice has troubled some more liberal commentators as well. More than one person named by the #MeToo movement has been found dead in a suspected suicide.

The answer to this, as many noted when #MeToo first went viral, is to set up internal disciplinary processes that are transparent, proportionate and listen more sensitively to victims of sexual harassment while also delivering justice. Of course, as the following months showed, this is easier said than done. MPs from all parties decried “Pestminster”, the #MeToo-inspired sleaze revelations that engulfed the House of Commons in late 2017. One year later, junior parliamentary staff were forced to watch as the same MPs rushed to defend the Speaker against bullying and harassment allegations because it suited their political strategy. Recent decisions by PwC, KPMG, Deloitte and EY to fire senior staff for misconduct though shows that companies are willing to change.

Even in less extreme cases, employers wanting to reform the workplace need to come to terms with the fact that sexual harassment can be subtle (can a tablecloth be mistaken for a hand on a knee, as one UK Cabinet minister famously claimed?) Rather than try, many seem to have retreated. On Wall Street, so Bloomberg reports, male finance workers are avoiding sitting next to, meeting or hiring women. Yet this blanket approach effectively deprives women of access to the networks that might be crucial for their careers.

Nevertheless, for all the backlash and disappointment, the #MeToo movement has left a legacy in terms of combating sexual harassment, if you know where to look. The best known and best funded is the US-based Time’s Up campaign, which was founded by Hollywood celebrities in the wake of the Weinstein scandal. One year on, Time’s Up pledges to support “women from the factory floor to the floor of the Stock Exchange” by improving laws, employment policies, and funding certain sexual harassment cases. But there are also smaller initiatives. In the British media industry, a group of female journalists set up the Second Source, which provides resources, monitors companies’ sexual harassment policies, and runs a mentoring scheme for female journalists. Humans of Fashion provides guidance for male or female fashion workers experiencing sexual harassment, including access to mentors and pro-bono lawyers.  Employers are also increasingly hiring women to replace men fired because of harassment scandals, according to analysis by the New York Times.

Although the idea of aggrieved employees organising may unnerve more paranoid bosses, what is striking about all these groups are their willingness to work with managers and employers to come up with better strategies. Many stress the importance of mentors and getting more women into positions of power. In Hollywood, more studios are running mentoring programmes, and more women are demanding roles as directors and producers.

There are, though, also things that employers can do on their own initiative. The first is seemingly obvious – consider revising sexual harassment policies. There are plenty of grey areas, such as what an employer should do if female workers experience sexual harassment from a third party (while the Equality Act 2010 was amended to reduce an employers’ responsibility, some employment tribunals have found otherwise). Sexual harassment may take forms that simply didn’t exist when policies were drawn up, such as persistent messages on WhatsApp.

Perhaps the biggest insight #MeToo offers, however, is the importance of relative power. Women spoke up about things they had previously downplayed because they didn’t feel able to call out the person making them feel uncomfortable. The vast majority of women don’t report sexual harassment, according to a 2016 TUC study, because they fear repercussions and they do not think they would be taken seriously. In one in five cases reported, their direct line manager was the perpetrator.

Employers can reassure women by ensuring that there are confidential ways to report misbehaviour and train HR teams to respond sensitively. But ultimately policies also need to be enforced. For all the columnists dramatically asking if they can still write kisses in emails, clear-cut sexual harassment is both seen and tolerated, as the Everyday Sexism project has documented. A 2013 survey by the law firm Slater Gordon found that 60% of women had experienced “inappropriate behaviour” from a male colleague in the workplace, but crucially, that half had also been warned to expect such behaviour from certain colleagues when they started the job.

By contrast, after US supermarkets pledged to stop buying from farms where sexual harassment occurred, the farms responded by firing the perpetrators. The number of reported incidents plummeted. “The key, we’ve found, is to build organizational cultures where people fear the consequences of not speaking up more than they fear the consequences of remaining passive and silent,” wrote two academics who study sexual harassment in the workplace, shortly after the #MeToo movement began.

For all the difficult conversations sparked by #MeToo, in the long run, creating a culture which does not tolerate sexual harassment is in everyone’s interest. Harvey Weinstein may have fallen from his Hollywood throne, but he brought down a film studio with him, not to mention the prestige of the countless films now tarnished by association with his name. Making sure that doesn’t happen again isn’t a plot against anyone – it’s common sense.