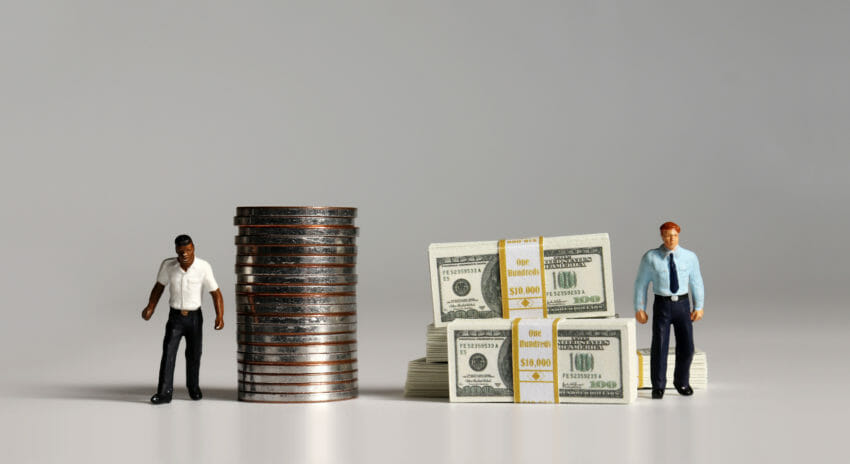 The Office for National Statistics (ONS) reveal the latest Ethnicity Pay Gap figures - the disparity in pay for different ethnic groups across the UK.

Figures out today from the ONS reveal the Ethnicity Pay Gap is far worse than the Gender Pay Gap in the UK with employees from the Pakistani and Bangladeshi ethnic groups having the lowest median hourly pay in the UK. In the Bangladeshi group alone, earnings are on average 20% less than white British employees. On average, ethnic minorities earn 3.8% less than white ethnic groups. Chinese and Indian workers received the highest earnings in 2018

London was unveiled as having the largest median hourly pay gap, with those of white ethnicity being paid 21.7% more than their ethnic minority counterparts. This data highlights the core issues assessed previously by the Equality Group which found that:

Hephzi Pemberton, Founder of Equality group is of the opinion: “These statistics have unveiled the true extent of the problem ethnic minority professionals are currently facing and I hope this report will make businesses seriously re-assess their equality and inclusion policies.

“Fixing the ethnicity gap requires a huge amount of work for every business, it’s not only a cultural change but a practical shift in the make-up of senior executive leadership teams. However, businesses need to address their current policies and produce affirmative action and enforcement measures to ensure sustained action and progression towards equality.

“It is a shocking reality that in 2019, the workplace does not nurture and support BAME talent in a manner that reflects the undeniable aspirations prominent in this community. As a society of business leaders, decision-makers, professionals and commentators, we have an obligation to ensure that intention is met with action to ensure the UK’s workforce – in its entirety – has access to a democratised career ladder that promotes inclusion and equality for all at every level.”

£24 billion boost to the economy

Ben Keighley, founder of social media recruitment specialist Socially Recruited, said: “As with the gender pay gap, which is currently running at 9.6%, the ethnicity pay gap is under-reported and just as damaging to the economy.

“Studies have shown again and again that companies that are diverse and reflect the make-up of wider society — in terms of gender and race balance — are more economically successful. McKinsey’s landmark ‘Diversity Matters’ report showed that companies in the top quartile for racial and ethnic diversity are 35% more likely to have financial returns above their respective national industry medians.

“There should be compulsory reporting of the ethnicity pay gap in the UK, as called for in Baroness McGregor-Smith’s Race in the Workplace report in 2017 because we cannot address what we cannot monitor, just as we have found with the gender pay gap.

“A recent report by the Resolution Foundation estimated that equal participation and progression across ethnicities could be worth an additional £24 billion to the UK’s economy each year. The UK will be shooting itself in the foot if it does not work much harder to remedy an imbalance that is a dead weight on economic growth and a burning social injustice.”

>See also: Mind the gap and raise a collective ethnic voice for change

Professor Binna Kandola, author of Racism at Work: The Danger of Indifference and senior partner at workplace psychology consultancy, Pearn Kandola, comments: “In light of this morning’s findings by the ONS, we need to understand that in the UK workforce, there exists a racial hierarchy, and that whilst some groups do well in these analyses, other groups always do worst. The average gap is relatively small, but black people consistently earn less. It’s important that the experience of different minority groups is examined, as this enables us to identify the most problematic areas.

“There is also a tendency for some people to suggest that because some groups are earning more, those who earn less should get their act together and stop complaining about racism. Sometimes referred to as the Bootstrap Model (ie. ‘They should pull themselves up by their bootstraps’), it’s another way of not listening to people’s experiences, to deny that racism exists and to place responsibility for these results onto the members of these groups. This adds further humiliation to the discrimination that has been suffered.”