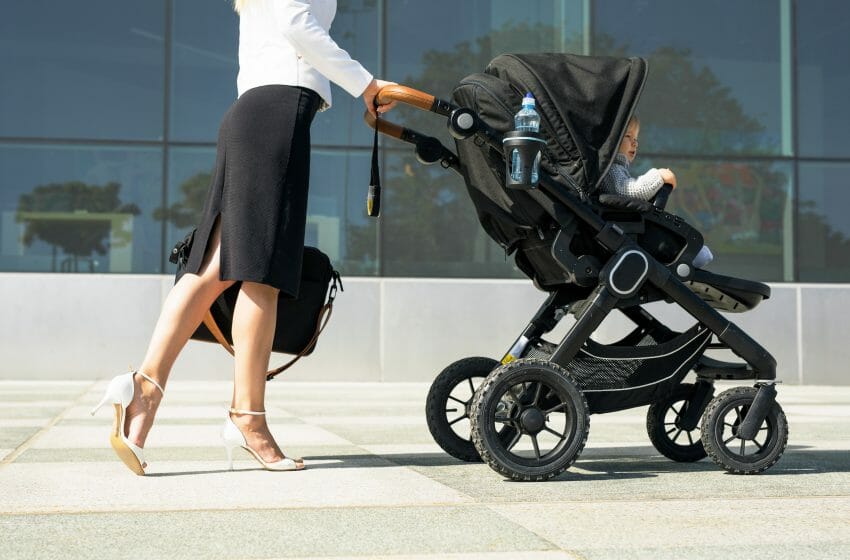 Working mothers are used to multitasking in their personal lives.

I was a part-time working mother, once. Every morning I’d wake up two hours before everyone else, pack bags, lay out clothes, make breakfasts and lunches, prep for dinner, get ready for work and then drive over an hour into the office where I would switch into Head of Communications mode and lead a dynamic team of writers and designers.

After a long day of proofing, editing, strategising and meetings, I’d drive an hour back home, stop for groceries, then get on with making various dinners to suit various diets, homework, bath time, bedtime, cleaning, dishes, sometimes simultaneously, whilst fielding and answering questions about God, why snakes don’t have legs and why my belly sounds like a drum when you tap it, but wobbles like jelly. Thanks.

I had four schedules to manage; activities, projects, playdates, parties, appointments. I had a house to run; bills, cooking, cleaning, maintenance. I had extended family commitments; parents, in-laws, siblings, a grandma who liked to hear from me regularly. Friends. A social life of sorts. Not to mention a husband and his needs. My own personal hobbies and writing projects. And, of course, my job, which included work events outside working hours, weekend phone calls with the CEO and Chairman, all-nighters before print deadlines. I was part-time, on paper, but working close to full-time hours.

I was stretched thinner than an elastic band being pulled in opposite directions. It wasn’t easy. In fact, it was really difficult. But I could cope and I became an expert at maxi-multi-tasking: working, talking, answering questions, planning, eating, listening, all at the same time.

So please forgive me if I don’t bring out the violins when a child-free, single colleague complains about their workload and how they’re struggling to manage. Forgive me if I don’t express the correct level of sympathy when they stroll into the office bleary-eyed and semi-hungover on a Monday morning, citing a ‘hectic’ weekend as the reason for their bedraggled appearance. Forgive me if I roll my eyes at the theatrics.

I’ve already been up for three hours after waking up six times during the night with my toddler, and I still managed to apply make-up. I had to. I couldn’t come in with dark circles and appear unkempt. I can’t complain about the night I’ve had – for the 932nd consecutive night in a row. I can’t utter the word, ‘tired’. If I do, you’ll think that because I’m a mother with commitments outside the office, I’m incapable; that because I had to Skype into last month’s Senior Leadership Team meeting when my little one fell sick and I couldn’t get last-minute childcare, I’m un-invested. That because I leave at 6:00 pm on the dot to make it in time for dinner, bath and bedtime, I’m undeserving.

And you wouldn’t be the only one…

A survey conducted for the women’s charity the Young Women’s Trust found that nearly 15% of employers would be reluctant to hire a female employee that might later have children. Even more outrageously though not really shockingly, the Trust’s earlier research found that almost 40% of young mums had been illegally asked in job interviews about how being a mother would affect their ability to work.

Despite the impact having children has had on their ability to find or retain jobs, young mums reported that motherhood had equipped them with skills that are valuable to employers. In fact, 60% said their time management skills had improved since becoming a mother and 54% had gained better communication skills. Budgeting skills, people skills, and motivation to work also improved.

It’s no secret that motherhood is the biggest cause of the gender pay gap, either. This is mostly because mothers accept significant pay cuts in order to take on part-time roles as they are the primary caregiver, even though, let’s face it, they rarely stick to those hours and often go above and beyond. This is precisely why I stopped working part-time. I was getting paid for 20 hours but actually working 30-35 hours, all the while feeling like I had to prove to all my colleagues that I deserved my role, because I couldn’t always be at every event.

We mothers also bring to the workplace a wealth of experience and skills we’ve gained because of being a mum. Obviously, I can’t speak for all mums here, but most of the ones I know, including myself, are:

So, the next time you come across the CV of a highly skilled and qualified mother who’s returning to work, please consider the above when putting together an appropriate package, and at the very least, offer overtime opportunities. We bring a lot to the table and if you want us to stay on with you, please make leaving our kids worth the while.

Tasneem Abdur-Rashid is a freelance writer, novelist, Aziz Foundation scholar and co-host of an award-winning podcast.