How tackle the gender pay gap behind the salary war headlines 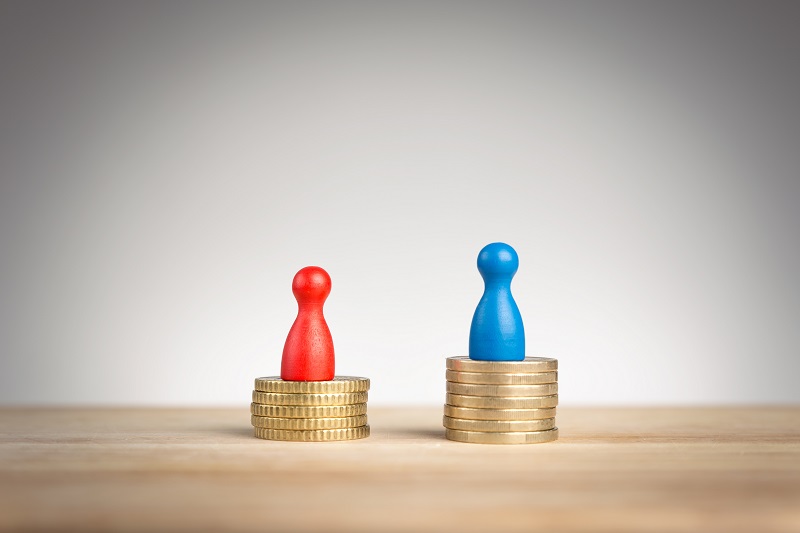 A widespread culture change with organisations is needed to close the gender pay gap.

With the recruitment market still running red hot as economic uncertainties spur businesses to bolster their teams, the impact on salaries is the first question on the lips of prospective candidates and employers alike. However, one aspect we are currently focusing on less is that amidst this ongoing talent war is the glaring gender pay gap, which often slips behind the headlines.

For instance, as revealed by Major, Lindsey & Africa’s recent survey exploring compensation for in-house legal teams, the UK, in particular, is falling behind the international stage, with an ever-widening gender pay gap between compensation for its in-house lawyers. The report revealed that, on average, female General Counsels are paid $81,610 less as a base rate salary than their male counterparts.

Whilst the survey confirms this trend is certainly present in the legal sector, this pattern is unfortunately entrenched across many UK sectors. A widespread culture change which starts with a reassessment of hiring practices, is necessary to address this issue and completely close the gap.

An interesting comparison, which the survey highlighted, is a substantial difference in hiring culture between the UK and the US, with the gender pay gap somewhat narrower in the latter. In particular, the culture in the US demonstrates a greater willingness to discuss compensation during the hiring process, meaning negotiations around bonuses and pay hikes are just that: a two-sided discussion rather than an awkward subject that is seen as best to shy away from.

In fact, employers in most US states are not allowed to ask candidates for their current salary package – they are only allowed to ask for salary expectations. This is, in my opinion, a good way to close the gap and an advantage for candidates who have been with the same employer for ‘too’ long and have not benefited from regular salary increases.

If the power dynamic in these conversations is more equal, women are more likely to broach the subject of pay and feel empowered to negotiate a better salary and higher bonuses. In the UK, this is not the norm, and this effect is evidenced as bonuses for male General Counsels, and Chief Legal Officers are currently about $179,825 higher than for women in the same positions.

The UK could learn a lesson in the value of transparency from the US when negotiating pay at the hiring stage. After all, how can you negotiate for better compensation if you aren’t empowered to talk about it?

Moreover, a more open culture around pay within a company will enable businesses to identify any glaring disparities. It is by breaking down the taboo of pay, by talking about it from the outset, that we can begin to close the gap. Currently, the taboo around negotiating pay has kept women silenced.

Whilst a change in mindset is vital, it is equally important that employers pay more than lip service to diversity, especially given the ongoing war for talent. Simply hiring more women under the guise of a diversity initiative is not a viable solution, nor is having more women in the boardroom something to be touted if they are not paid equally.

There is a troubling mindset toward hiring women into boardroom positions because they are seen as ‘a more affordable’ option, even though they are equally qualified and capable of the job. Whilst it is critical to maintain female representation in the boardroom, this approach conversely serves to widen the gender pay gap further. If this trend of women being hired into senior positions because they are considered the cheaper option compared to men with the same skills continues, the gap will only become further entrenched.

Rather than placing the value on the candidate, businesses should endeavour to place value on the position itself and seek to benchmark compensation to close this gap and ensure women are compensated equally.

Although a sweeping cultural change may seem daunting, there is one simple alteration that recruiters can make early in the new hire process. If the value of a role is assessed rather than the candidate’s current ‘value’ (i.e. their current salary), then there is greater scope for salary negotiation.

When considering a new candidate, their skills and experience should be accounted for in relation to the role rather than asking an individual about their current salary. This may result in more than the standard 10%-15% uplift when moving role, but this is precisely the necessary step forward needed to make tangible change. Being ambitious about salary expectations is the first step to achieving a more equitable landscape for women; a large leap is needed to cross the gender pay gap.

Despite recent efforts to close the gender pay gap, it is a sad reality that women are still not compensated equally in the workplace. By breaking down the stigma surrounding pay from the outset when hiring talent, workplaces will be taking one step towards closing the gap that has opened up so much space for bias and disparity.