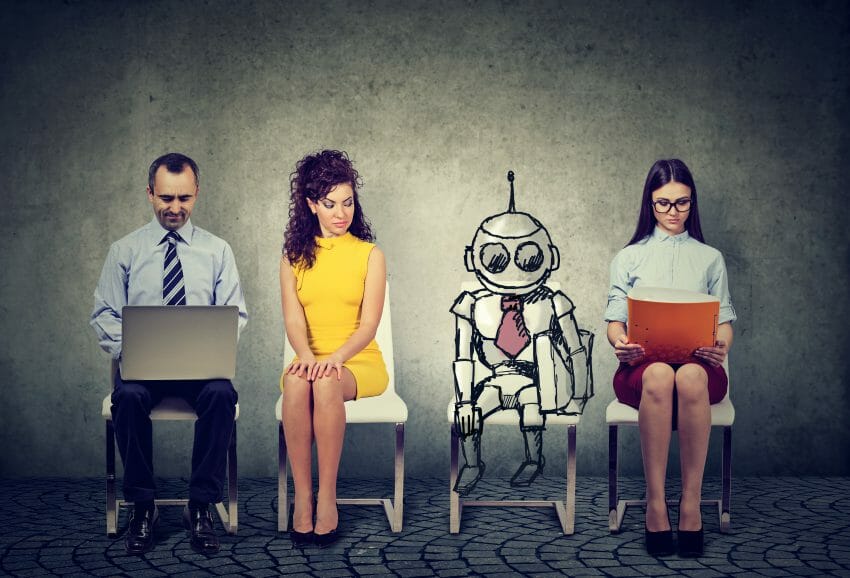 With automation set to replace countless routine jobs, we need to get better at coming up with ideas – and embrace diverse creativity.

In 1796, the English doctor Edward Jenner successfully trialled a smallpox vaccine. Despite his qualifications, his ideas caused an uproar at the time. Nevertheless, they did not come out of the blue. Jenner was inspired by the folklore of rural Gloucestershire, where he lived, that held milkmaids who experienced the milder cowpox never got smallpox. And the idea was already mainstream in Turkey. Mary Wortley Montagu, an ambassador’s wife stationed there, had her son “ingrafted”, and on her return to England, set about publicising the method.

Although we might be in thrall to the idea of the genius inventor, the story of the smallpox vaccine shows a good idea doesn’t just come out of nowhere. Instead, it was formed thanks to a combination of knowledge, including foreign medical traditions and the stories of anonymous milkmaids. If Jenner hadn’t been open to diverse practices, he could easily have ended up being just another doctor from Gloucestershire.

Coming up with good ideas matters, because, as umpteen studies have shown, the rise of automation means routine jobs will increasingly disappear.As Twitter’s European vice-president Bruce Daisley puts it in his new book, The Joy of Work: “If we are to survive the consequences of artificial intelligence we need to nurture more creative strands of work.” The future is creative. And that means the future needs to be more diverse.

For years, the government has been prioritising “hard” skills, with nine out of ten secondary schools in England cutting creative subjects, according to a recent BBC survey.Yet a report by Nesta, a thinktank on innovation, found that by the current cohort of secondary school pupils graduate, there will be more than 100,000 new creative jobs, and interpersonal, cognitive and systems skills are likely to be in demand. “Our future economy will be built on creativity and technology,” the authors of the report wrote. “With artificial intelligence taking over routine tasks, there will be immense opportunities for people who combine creative, technical and social skills – skills that are resilient to future automation.” By contrast, traditionally “safe” jobs, such as legal assistants, will be under threat.

But while the connection between different perspectives and sparks of genius is well established, creating a culture where the latter happens is less so. In a TED talk, strategy adviser Rocío Lorenzo recounted how a study of 171 companies in Germany, Austria and Switzerland revealed more diverse teams were also more innovative. Of course, she acknowledged, more innovative teams might also be more diverse. “It’s fair to assume that it works both ways, diversity driving innovation and innovation driving diversity,” she concluded.

Indeed, while there are many reasons employers should hire more women, and people from different ages and ethnicities, this alone may not be enough to dispel the curse of group think.

A 2017 Harvard Business Review study found that successful teams had more cognitive diversity. This was not as simple as a mix of age, gender and ethnicity, but how individuals process and deploy knowledge. The researchers recounted what happened when they set a group of IT consultants a challenge: “If we had not called a halt, we would have had to cancel dinner. All activity ceased, as each individual tried to work out a solution in their own head.” A similar thing happened with a group of biotech scientists with PhDs. By contrast, a group of siblings with high cognitive diversity solved the problem swiftly. The researchers warned of “functional bias” that goes beyond hiring people of the same gender and ethnicity as you, but also people who think in the same way too.

So what is cognitive diversity, and how do you identify it? Regina Dugan, a senior leader at Facebook, called it the “ultimate goal”. “It’s not just about women in tech,” she said at the Fast Company Innovation Festival. “It’s about broad voices, broad representation. But we can’t step away from the idea that in the workplace, diversity also looks like identity diversity. You have to get to the place where you aren’t made comfortable by the fact that everyone is the same.” In other words, if you only tend to hire people with a certain accent, skin colour, or chromosome combination, the chances are you won’t be able to handle someone who not only doesn’t look like you, but is ready to challenge your assumptions as well.

>See also: The business benefits of a diverse workforce

Cognitive diversity can be broken down even further, as Alyssa M. Pandolfo noted in an undergraduate thesis for Western University. Some researchers focus on training and education, others identify characteristics, such as rationalism and intuition, and others still focus on perspectives and values.

If psychologists can’t agree on what cognitive diversity is, does the average hiring manager have a chance? Some critics of the concept worry that because it is hard to define, it is a handy smokescreen for employers who don’t want to invest in traditional diversity drives. But while it might be impossible to come up with a foolproof formula, what is clear is it’s hard to improve any kind of diversity if you’re unaware of your own biases. Forbes has a useful guide here for how to scrutinise your own ways of thinking. If you’re a planner, perhaps you’d benefit from a spontaneous colleague. If you are quick to respond, you might nevertheless miss something a more ponderous member of your team has been mulling over all day.

Some companies are already trying to expand cognitive diversity. Since 2015, Microsoft has run an autism hiring programme, designed to allow candidates to show their skills in a less restrictive form than a face-to-face interview. Such initiatives build on the work of the Specialisterne Foundation, which helps match autistic people with companies that could benefit from their talents.

As for robots, they are overwhelmingly made of white plastic, conform with dominant beauty standards and are assigned genders in line with existing stereotypes. Rather than absorb the competing ideas of the internet and come up with something exciting, Microsoft’s AI Twitter chatbot simply absorbed one set of views and became, in one writer’s words, “a racist asshole”. Robots may be taking some of our jobs, but as far as nurturing creativity goes, the humans creating them have missed a trick.