How data is the prescription for better healthcare 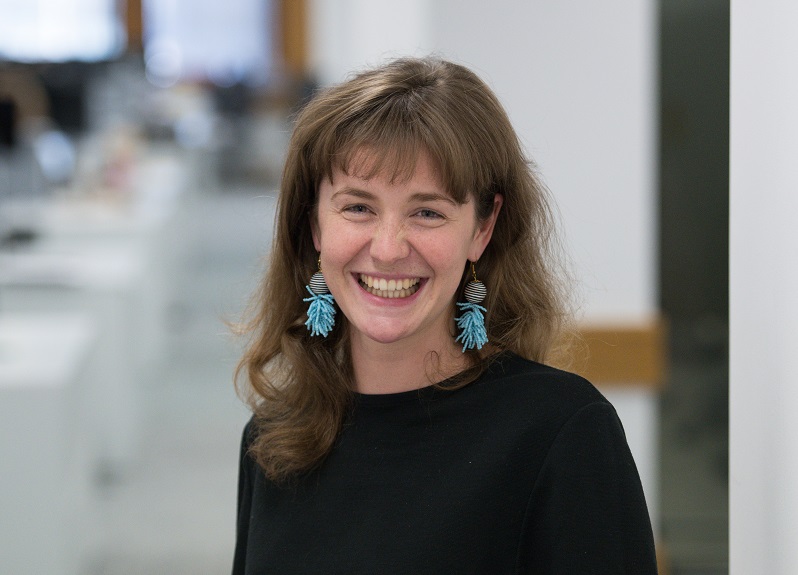 Maxine Mackintosh (pictured), a Research Associate and Fellow striving to tackle some of the fundamental issues faced by the NHS.

Could a healthy dose of data provide an holistic understanding of people’s wellbeing?

Maxine Mackintosh is a Research Associate and Fellow specialising in applying machine learning to some of the frontline problems that the NHS is facing. She works between The Alan Turing Institute – the UK’s leading centre for AI and data science – the Health Foundation and the University of Oxford.

Mackintosh is also the co-founder of One HealthTech that supports individuals from underrepresented groups worldwide to be future leaders in health innovation. Here she discusses her work and reveals how data could help to improve health outcomes.

Maxine, could you describe the work that you do?

Before the pandemic, I mostly worked on developing algorithms to address different health challenges. It could be looking at which patient will be at risk of certain diseases, for example.

During this pandemic, I’ve focused on developing partnerships that could blend consumer data with health data to gain a holistic understanding of people’s health, wellbeing and behaviours. This will enable us to build a 360-degree view of the data around an individual and use it to create better models to inform health and disease.

How close are you to achieving this?

The main issues are not technical but to do with citizens’ views and rights and companies’ risk appetite and willingness to repurpose data for a reason for which it wasn’t originally collected.

Will talking to the public about what you want to do, make the process easier?

Absolutely! Incorrectly, the public already feels that data is shared around the NHS. Many people are surprised when they turn up in the hospital, and it doesn’t have the records from their GP. The true state of health data in the NHS and data that can inform us about health is very complex. Adding new datasets into the mix from consumer brands we are regularly interacting with daily raises new questions and makes the landscape even more complicated. Public dialogue is needed, and it requires the health service, government and companies to have an open and honest conversation about how any data can or might be used for the public good, like improving public health.

If you manage to collect the data you need, how, for example, will it benefit healthcare?

Mental health is a good example with its complex mix of behaviours, physiology, clinical systems and general wellbeing.

Let’s say we’ve got all this data about an individual and can see that their radius of movement, based on their GPS, has reduced in the last few weeks. Their transactions have been almost exclusively Deliveroo, and their social network of communications is down to almost nothing. They are maybe also showing an online search pattern of research that could indicate the risk of suicide.

The idea is that the data can be a valuable way of picking up people undetected by the system, either because they’ve never interfaced with the NHS or never reached an acute enough phase to put them on the NHS radar.

If you can identify people already at risk based on latent variables or indicators, it would be much easier for the health system to reach out proactively.

What would you say to people who might consider collecting data this way would be an infringement on their freedom?

I think that people have different views about how data should be shared in the health system. My personal view is that we pay our taxes so that everyone can benefit from the NHS, so why not share the data across the organisation so that everyone benefits from the insights?

I should clarify that there is a difference between the ‘group’ and ‘individual’ data to be collected and used by private consumer data companies. We are a long way off using banking data, search data, GPS data at an individual level for directed insights.

We don’t do prevention incredibly, and as a result, we’re going to break the NHS because it’s heavily focused on acute medicine and hospital care.

What attracted you to machine learning and technology?

My parents were PhD scientists from Cambridge, and I had a very privileged upbringing and a huge amount of exposure to science. While other kids were going to Peppa Pig World, my Dad took me to particle accelerators at weekends. Looking back, I probably didn’t have a choice about what to do, but it has taken quite a long time to identify what element of science I wanted to work on.

I started doing neuroscience as an undergraduate and, for my Master’s degree, I studied health econometrics. Then I moved into machine learning and how you can use data to look at health problems.

Are there many women in this sector?

If you’re looking at general AI and technology, obviously not. But once you get to the applied areas of machine learning, you see a higher proportion of women compared with theoretical domains. Because healthcare has got so many women in it, you’d expect the numbers to be bigger than they are.

About 20% of those on health informatics and health science courses are female, and 11% of health tech founders are female, yet the healthcare workforce is almost 80% female, so the numbers are pretty bad.

Is that why you launched One HealthTech?

Yes, I was going to NHS IT conferences, and they were full of middle-aged men.

I was excited about using tech, data and AI to improve the NHS, but at the back of my mind was the realisation that none of the delegates looked like my friends.

It led me to set up a meetup group called Health Tech Women, and it grew from there. Within the first year, we changed it to One HealthTech because it can be exclusionary whenever you call something a women’s group. We were also mindful that it is easy to select the women who don’t need much help, people like me, white privileged and tertiary educated.

We wanted to be more intersectional, and we’ve now got a rich mix of genders, ages, ethnicities, people from the LGBTQ community and those with disabilities. The second thing is we changed from being a small group running meetups to a distributed community. We now have 14,000 members, with hubs in the UK, Hong Kong, Melbourne, Amsterdam, Nigeria and Sweden. It’s a very exciting and friendly community.

What is its ultimate aim?

To improve the accessibility and representation of people in the health innovation space. We make the point that, in health tech, it’s a matter of life and death. If you don’t have the representation, you build tools and algorithms that are ineffective or don’t serve certain communities.

It’s about improving health inequalities through education and ensuring that communities building the tools are diverse and representative; secondly, the users of those tools and their needs are considered from the outset.

Is there an example of where health tech has been unsuccessful because of a lack of representation?

The most significant is clinical trials. Historically, they have tended to be developed on very homogenous populations. Healthy, young white males are the default. If you develop drugs or products on a homogenous population, to determine how it works in the real world, you have to generalise – and that’s where the risk to heterogeneous populations lies.

In AI trials, we often see the performance of models is poorer for minority groups, women or whoever is not represented well in an overall dataset. An example people love to talk about was when Apple released its first health kit; it didn’t have a menstrual tracker. Mad to think a physiological event which 50% of the world tracks every month was omitted. Glaring mistakes like that demonstrate that people don’t always consider the user’s needs if the user isn’t like them.

Ultimately, people will be harmed, directly or indirectly, due to models and algorithms that haven’t been developed and tested on people like them.

What should organisations do to encourage better representation in the sector?

Healthcare is unique in that you’ve got three important lenses: the technologists, the practitioners and the patients, and they all need help to work with one another. There’s a programme called ‘NHS to Clinical Entrepreneur’ for doctors, nurses and allied health professionals who have innovative ideas but don’t know what to do with them. It’s a part-time course, and it helps them better understand the tech and entrepreneurial side of their clinical practice as part of a community of like-minded people.  I find initiatives like these the most effective in helping the different groups understand how to effectively innovate in healthcare.

How important is it to improve diversity and equality in health innovation?

Without being too dramatic, when innovation in health is not done correctly, people will die. We already have stark health inequalities in the UK across different populations, and we don’t always understand it well or do a good job of addressing the root causes. It’s not just about diversity because it’s nice to have different ideas around the table, though that does help create truly innovative solutions. It’s so much more about representing the population you’re serving and building solutions for, rather than making sure you’ve got a certain number of people with particular characteristics in the room.