Being underestimated because people can’t see beyond her skin colour always makes Flavilla Fongang laugh because then, she can take them by surprise.

And by ignoring those who tried to deter her from everything she tried to achieve, she has built a stellar career as a serial entrepreneur, brand strategist, author, podcaster, brand advisor to the BBC and international keynote speaker.

“I learned not to listen to the naysayers because sometimes people let their insecurity or limitations reflect on you,” she argues. “It’s easy to respond to microaggressions negatively. I like to believe that I can give people the benefit of the doubt because some people are just ignorant by nature. I’ve never been afraid of a challenge, and it’s important to recognise the power you bring to the table and understand how to articulate your commercial value.

“I think I became an entrepreneur because people could not see my talents. What I could see in myself, I wanted to do with people working with me. That’s why I call myself the enabler. For clients or my team, if I can see your talent, I will enable you to get there.”

Getting to where she is today is a testament to Fongang’s determination and dedication. Born and raised in Paris, she moved to London in 2002, not speaking a word of English. Within her first year, she obtained a BA in Economics & Law, a BA in Marketing & Communications and an MA in International Business.

She started working in the Oil & Gas industry and then in the fashion industry as a consultant helping people to improve their personal brand and image. Another indication that branding was her forte came when her boyfriend at the time asked her to look at the website for his plumbing business.

“What I saw was a picture of a boiler,” Fongang recalls. “He said, ‘that’s what I do,’ but I said, ‘that’s not what you sell. You sell the pleasure of being at home, having a hot shower or air conditioning.’ That is when I began to notice the value of the advice I gave my clients.”

Eventually, she decided to focus on technology which “has the power to make a scalable impact more than any other business.” She adds: “I found that people in the technology space were really good at what they did but not so good at articulating the simplicity of what they were good at.”

One thing that Fongang learned early on was the power of presentation as a woman. In France, there were no achievers that looked like her. “When I’m on stage in front of 5,000 people, I’ve learned to recognise that titles don’t define that they’re better than me,” she explains. “I remind myself I’m here for a reason. I don’t like the term minority, but if you’re the only one in the room, you actually have more power. Nobody can speak about or understand how you perceive the world, so they have to listen to you.”

Understanding the power of presentation galvanised her to found GTA Black Women in Tech, covering three important pillars. Firstly, to normalise Black female excellence and elevate the profile of those who had not understood or spent time on their personal branding. The second was to support women in navigating their journey in technology and, third, to inspire the next generation.

The 2016 movie Hidden Figures, which celebrated the vital contribution that three African American mathematicians – Katherine Johnson, Dorothy Vaughan and Mary Jackson – made to NASA’s space programme, was an example of how the achievement of talented Black women has been ignored.

“We were not told how the Black community impacted NASA’s history until the movie came out,” Fongang says.

Voices in the Shadow

Incidents like that and the common thread at GTA Black Women in Tech’s monthly lunch meetings about the lack of diversity led to the publication of a book called Voices in the Shadow.

“Everyone was talking about the lack of diversity, and then I’m finding stories of women who can inspire generations,” Fongang explains’ “I realised that those voices were in the shadow because nobody was telling them and, also, they were just so good at what they did, they didn’t understand how much power they had on other people.”

The women themselves wrote all the stories in the book. Each comes with an interactive section, a journal and career advice for non-tech and tech roles. Copies were distributed free to 300 schools. So successful was it that the second volume of Voices in the Shadow is being published. Featuring the stories of 51 Black women from the UK and Ireland, it was launched at a special festival in London, hosted by GTA Black Women in Tech on October 27 as part of Black History Month. Again, copies will be distributed to schools.

The festival will also address colourism – how dark-skinned Black women have been affected by prejudice and discrimination. A collection of 15 artworks highlights Black women’s unique beauty that transcends the shadow of their melanin.

As GTA Black Women in Tech expands worldwide, Fongang hopes that volume 3 of Voices in the Shadow will include stories of women in other countries and be multi-lingual.

Does she have any advice for Black women negotiating a tech career? Equal pay was important, and she cites the example of a Black female director at a major bank who told her that no matter how good the offer was, she would always negotiate.

“Some people go into an interview not seeing themselves as equal,” Fongang adds. “It’s important to ask the right questions and calculate your market value. Think about your personal brand – when you leave a room full of people, how would you like to be remembered? Be as specific as possible and be consistent with your work. Social media is a free way of building your personal brand. I’ve done it on many occasions. You don’t know who’s watching but hope they feel inspired.”

Flavilla Fongang was a speaker at the Women in IT Summit UK in June 2022. To find out more about the series, click here. 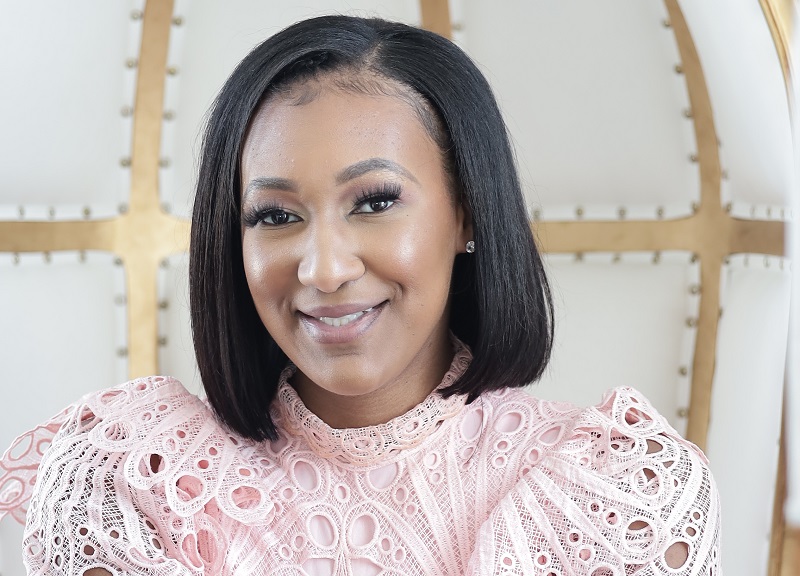 Ellie Talks Money founder on being a Black entrepreneur 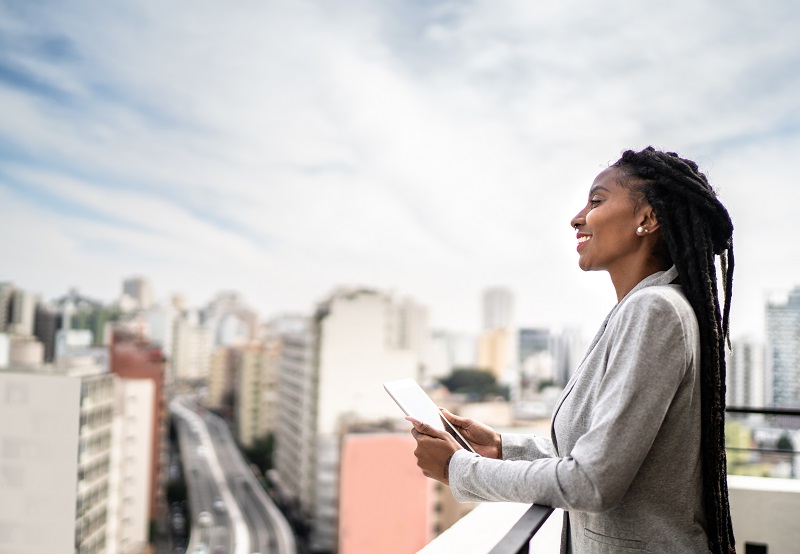