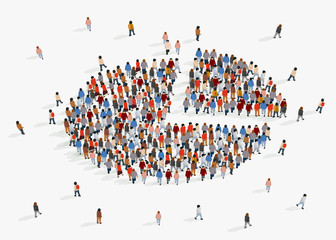 In this second interview about his work at the GLA, Human Resources Reward and Operations Patrick Alleyne discusses the importance of having robust workplace data for supporting equality.

“There are three types of lies: lies, damned lies and statistics,” according to 19th Century Prime Minister Benjamin Disraeli. The sentiment can be just as relevant today without the support of proper workplace data.

Patrick Alleyne, HR Reward and Operations Manager at the Greater London Authority (GLA) is a keen advocate of how robust and honest data about a workforce can better inform decisions.

This was further underlined during a secondment with Gapsquare, which provides specialist software for measuring and evaluating pay gaps. Patrick worked with a range of private and public sector clients about addressing pay and equality, using sound workplace data.

The gender pay gap is an example of how workplace data can be distorted, says Patrick. “When the Government was consulting on the regulations for the gender pay gap, I told a colleague, who was co-ordinating the GLA’s response, that what we were being asked to do was poor.

“The Government was asking us to produce a gender pay gap for the organisation, which quite simply, would mask the reality. The GLA made that point in its formal response to Government, saying there was a need for more granular analysis to enable organisations to really know what is going on in respect of their pay gaps.

“Workplace data at a headline level may give you a picture. But it needs to be analysed in cross-sections for you to really understand what’s happening in the business and decide on the appropriate response you need to make.”

Looking beyond the headlines

In the case of the gender pay gap, organisations may simply interpret the headline figure being due to a lack of women at senior level. That might be right, but would deeper analysis uncover much more?

As Patrick points out, many organisations have ‘professionals’ e.g. in finance, legal, who are, “mostly men, who are all getting paid a certain level and therefore, which can fuel your gender pay gap”.

Continuing, Patrick says: “If you look at customer services or office support roles, it would not be uncommon to find mostly filled by women, all likely to be earning much less. So, a simple question is, what do you need to do to get more women into the professional side and more men into office support? Because, where is the rule that says men cannot do office support and women can’t be ‘professionals’?

Patrick accepts the issues are often more complex than this but he also says organisations should concentrate on some of the simpler solutions or quick wins to kick start their response to what the data is telling them.

“When you look at distributions across different occupations, it could be extremely revealing. For example, if you have men in customer services who are earning more than the women, that is likely to tell you a lot about bias in your pay system.”

Outputs depend on inputs

Turning to the GLA, what challenges Patrick the most is the production of data, mainly because, “the output from any of our systems is wholly dependent on the inputs”.

He adds that it has got harder as the organisation has grown – data cuts now involve 1,000 rows and 30 columns, making it difficult to identify anything that is not right. And getting it right is paramount, particularly as the data is published in the GLA’s name and therefore that of the Mayor.

“I do not want, and never have for any of the mayors that I’ve served, to push data out where someone can then come back and question the Mayor because the quality of the data is suspect,” Patrick adds.

Engaging with all sectors

While the GLA has fared better than many organisations in collecting reliable data on gender and ethnicity, the numbers for disability are not as good. Given the way that the GLA is committed to engaging with all sectors and communities, Patrick is understandably disappointed with this.

To qualify, the GLA has data for around 90% of the organisation on disability, however, for Patrick’s liking there are too many ‘unknowns or ‘prefer not to say’. There are probably good reasons for this but whilst many might be content with 90% coverage Patrick and the GLA want to do better than this so work is underway to improve declaration rates.  One vehicle that can be used is the Disabled Staff Network.

He reveals that getting data on faith is also a challenge. People tend not to want to talk about their religion due to the negativity associated with certain beliefs. While faith doesn’t necessarily lead to high levels of discrimination, Patrick doesn’t think it is a ‘protected’ characteristic where people will push boundaries within the workplace.

To sum up, he concludes: “Getting data right involves a whole series of things. It’s about continually asking for it, checking it, publishing it and allowing people to update it personally so that it’s not done centrally.”

Those responsible for producing data should have the right skills to be able to evaluate it correctly. Also, it’s important to communicate to staff why the data is being collected and how it will be used.

It is also vital that data is analysed to a level where decision making can be targeted and focused. Patrick acknowledges and applauds those organisations who are producing the data even if initially it is only for internal as it can provide an evidential base upon which to make decisions.

For Patrick, who is very demanding, there is always a ‘however’. He believes it is important to go beyond the high-level analysis e.g. as per the statutory reporting for gender pay gaps, and produce more granular analysis. For example, with pay gap reporting it can be enlightening to look at grade/salary levels, or length of service or location, or combinations of these to really understand the data. For those organisations who go beyond simply reporting to produce action plans, the depth of the analysis will contribute directly to the detail of the action plan.

That has to be good for staff engagement and good for business.

Hear more from Patrick at the DiversityQ D&I Practitioners Summit on December 4.