Culture, role models and ownership are key to D&I success 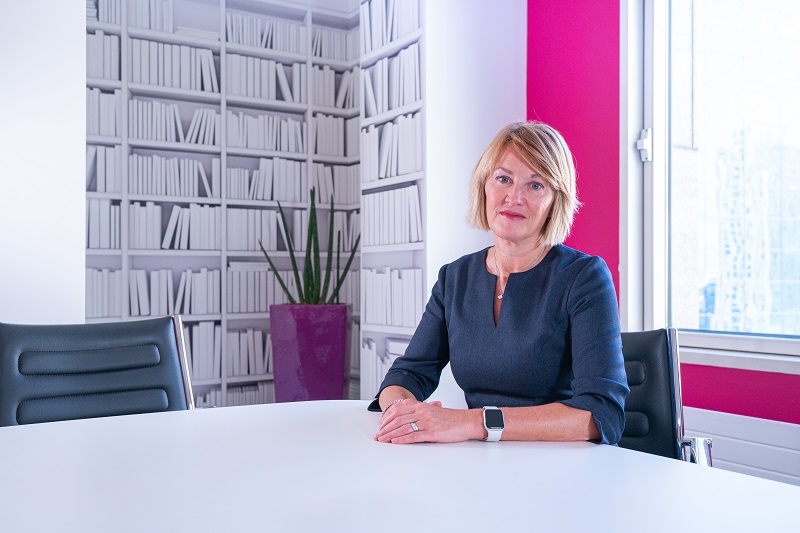 Caroline Rainbird, CEO of the Financial Services Compensation Scheme (FSCS), is a passionate advocate for diversity, equality, and inclusion (DEI). With a career in the financial sector spanning over 30 years, she has learned from experience the value of creating a culture that enables everyone to be their best. She tells DiversityQ how the approach taken at FSCS has led to high levels of employee engagement.

How important is DEI to FSCS, and how have you approached it?

Ensuring that we are as diverse and inclusive as possible is vital, both from a business perspective and an organisational culture perspective. I fundamentally believe that it’s the right thing to do. Our customers are incredibly diverse, and we need to understand and reach out to everybody and serve our customers well.

Fortunately, we have a culture that supports that. We haven’t approached this as a tick-box exercise. Instead, we believe in taking ownership, role modelling and providing support at all levels for everyone to advance in their careers.

FSCS is committed to external initiatives and guidelines to keep ourselves on track.

Do you have targets, and how successful have you been in achieving them?

We’ve taken significant steps to exceed our target to have the executive team comprise 50% women. It is currently 57%, an increase from 40% in 2019. And, as of the beginning of this year, our board is 60% female. We’ve also appointed our first woman of colour to the board.

Racial diversity has risen, with 39% of staff from Black, Asian and Minority Ethnic backgrounds, and we recognise we are still on a journey in that regard. In the wake of Black Lives Matter, we’ve had some moving conversations with employees, and I was shocked to hear some of the experiences our Black colleagues have had. These conversations led to our Black talent sponsorship programmes where each executive team member acts as a sponsor for a talented Black member of staff. This programme is one of many initiatives we have to continually shape the overall culture of the organisation.

What effect has this had on the FSCS performance?

Customer satisfaction is at its highest level, over 85%, and that’s despite it being a busy time over the last 15 months and with everyone working remotely. We have not lost a day’s productivity during that time, and that is because we have high employee engagement.

In the surveys we carried out throughout the year – in addition to the annual people survey – people commented that the support we were able to give them was second to none. We also achieved the Gold Standard in Investors in People, a positive accreditation that only a few companies achieve.

The pandemic has had a disproportionate effect on those from ethnic minorities. But has this extended to customers from diverse groups?

Our diverse customer base makes it vital we embrace diversity and inclusion in its broadest sense. However, it is too early to assess whether we’re seeing more customers from diverse backgrounds due to the pandemic because some of these claims may have occurred several years ago.

Our mission is to protect consumers with claims against failed financial firms and, over the last 12 months, FSCS has compensated more than 52,600 customers who’ve had a worrying time.

We have noticed that we are dealing with more vulnerable customers who have had poor outcomes for various reasons and have launched a ‘questions campaign’ [MK2] to guide people in making informed choices.

Apart from the initiatives that you have introduced, what makes FSCS an inclusive environment?

People can bring the best of themselves to work every day and feel comfortable doing that. We develop and support people and learn from each other.

I like people to come to work for the great work they do, not because they are of a particular demographic. I want them to feel they can talk openly about their sexuality, their colour, disability, their difference. Being able to express yourself freely is why we learned so much about the prejudices that some of our Black colleagues experienced during our Black Lives Matter discussions.

Was there any resistance to promoting DEI?

No, people have asked questions or asked for guidance, which is really positive. For example, I’m 55 and grew up being told that it was wrong to refer to people as Black. In the discussions we had, several people of a similar age said the same. By creating a safe environment, people can speak openly and be themselves. For me, there is no bad conversation. It’s about when we make mistakes; we learn from them.

What can other organisations, particularly in the financial sector, learn from the FSCS example?

I’ve been in financial services for many years, and as DEI was emerging as an issue.

I have had the first-hand experience of rules that said 50% of the people selected for interviews for a role had to be women. I’ve always found it offensive to be put on a shortlist because I’m female, not because I was the right person for the job.

It has made me wary of targets and measurements. But also, I have become more open to the fact that what gets measured gets done. Target and measurement are essential components of what we do at FSCS, but by no means does that allow us to say we have cracked DEI because we’ve got five targets. As I mentioned earlier, the game-changer includes having a robust culture, accountability and role models.

Should DEI be central to a business strategy, or should it be separate?

To deliver on our corporate strategy, we need to have a diverse and inclusive workplace where every employee can succeed and achieve their personal and professional goals. Diversity of thought and experience is essential for our organisation to represent customers and tackle the complex issues we face daily. For DEI to flourish and for your organisation to flourish, they need to be interwoven.

Have financial services generally recognised that they need to change their perception of being elitist and white?

It’s better than it was but still not where it needs to be. Some of it is about having the right approach, mindset, and role models. Targets alone won’t make the change.

More progressive organisations have seen better results which, along with embracing diversity being the right thing to do, should be compelling.

Businesses need to look more broadly at the people in front of them – the skills, competencies and attributes they bring. It’s a shame we have to talk about this, but it’s important that we make progress.

Will the change be driven from the top?

There are some strong male, female, Black, White, gay, straight role models, but, unfortunately, there are not enough. The more that we can encourage others to come through, supported by having the right skills, experiences, and capabilities for the role they’re performing, the better it will be.

It’s been said that people from underrepresented groups are holding back progress by pulling the ladder up behind them?

Some people might hold those views. You might, for example, be the only Black female and worked hard to get there, so wanting to be protective of the environment for yourself would be understandable. But it would be so wrong and a hindrance to further employing and progressing the right people with the right talent and mindset. If you’re genuinely passionate and authentic about this, you want to encourage diversity in its widest form and create an environment for everyone to flourish.

What did it mean to you when FSCS was listed in the Inclusive Top 50 for the second year running?

We were really proud because it is a definitive list of UK-based organisations that promote inclusion across all protected characteristics. So it wasn’t just about the stats; it incorporated our learning and development and how we organise ourselves.

Our approach to DEI is at the heart of everything we do, and we’re proud of the progress we have made on several measures.

It’s the right thing for us to do. To make sure that we have the best people who can be the best version of themselves and be comfortable being who they want to be.

For the first time in my career, I’m working with an executive team that is predominantly female – I never thought I’d be saying that.