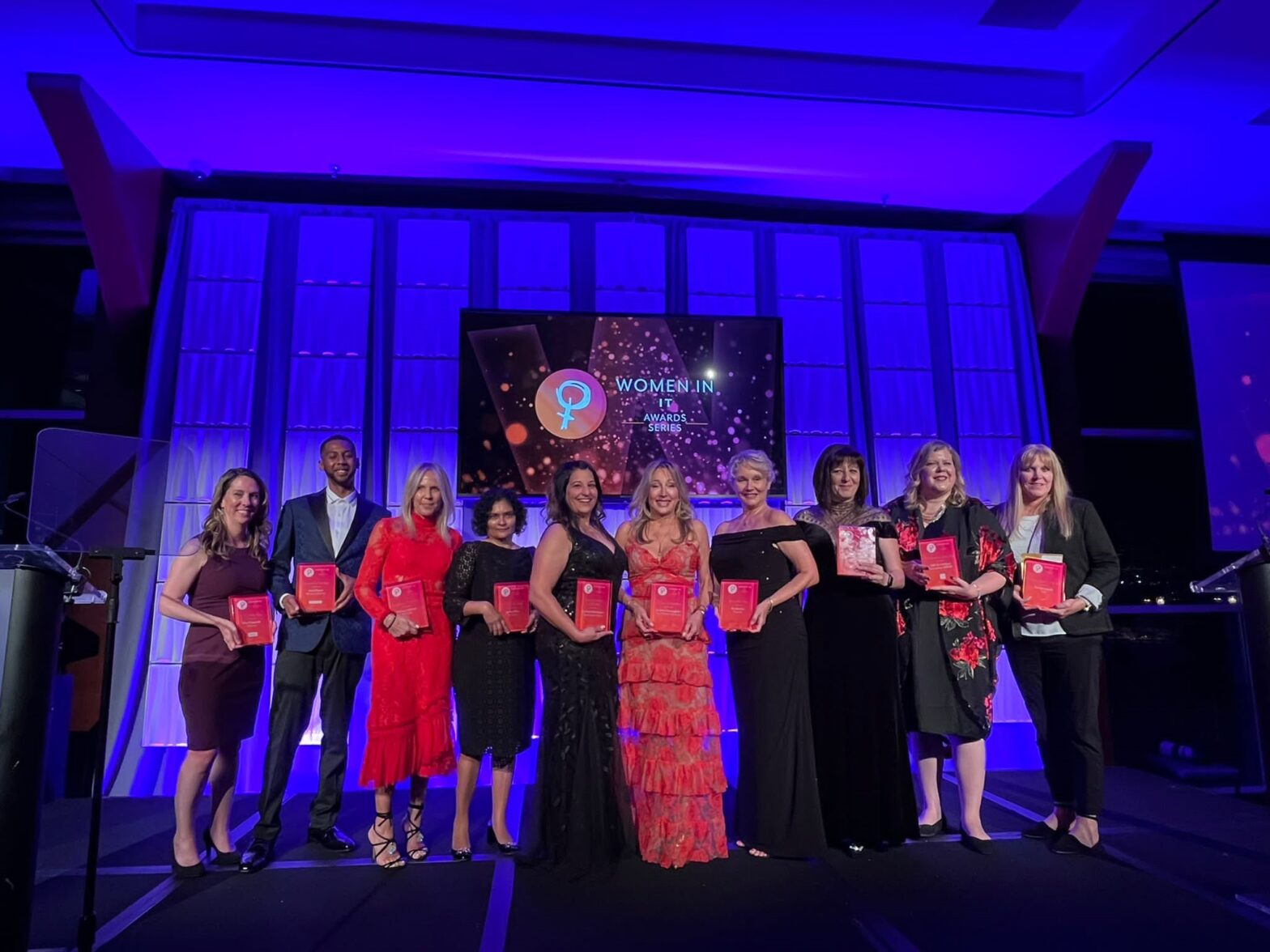 Trailblazing women in IT continuing the rich Her Story of successes in tech.

The winners of the fifth annual Women in IT USA Awards 2022 were celebrated at a prestigious awards ceremony held at Pier 60 in New York City on September 14.

In a room filled with colleagues, peers and supporters of equity and inclusion, fifteen women trailblazers, organisations, and allies were recognised for their outstanding work to promote diversity in tech.

This year, the top prize of Woman of the Year went to Irma Olguin from Bitwise. Olguin won for her focus on activating human potential in America’s poorest cities and the areas that the tech industry doesn’t traditionally invest in.

So far, her workforce training programme has trained over 8000 new tech workers who come from systemic poverty, 80% of whom have obtained a high-growth tech job tripling their average earnings.

The company’s alums account for more than a quarter of a billion dollars in total wages – most of it going to women and people of colour – and the company has grown the city’s GDP by 1% yearly.

The judges were truly blown away by this phenomenal woman and her impressive results.

The winners included Chaitra Vedullapalli, crowned Entrepreneur of the Year for Women in Cloud, and Jigyasa Grover, who won Next Generation Leader of the Year for her excellent work at Twitter.

The Women in IT USA Awards continue to celebrate the extraordinary work of women breaking the rules in the technology industry, where they are still underrepresented.

Since their beginning, these prestigious Awards have recognised and celebrated more than 1,000 women, allies and organisations across the United States for their outstanding contributions and commitment to building a more inclusive technology industry where everyone can thrive and succeed. Especially as it is well known that the tech sector offers many opportunities and well-paid jobs.

At a time of transformation, when the emergence of Web3 is raising many hopes for building this new field that will have a strong impact on the future, especially on women, the 2022 Awards are about growth, continuity and results.

This year’s winners have been distinguished for overcoming the hard challenges of the past two years.

The judging panel of unparalleled technology and DEI influencers selected individuals, organisations and initiatives that have gone above and beyond to significantly impact businesses, employees and the industry.

All agree that there is still a long way to go for women to make their voices heard in this non-inclusive industry, but this new edition of the Women in IT Awards USA 2022 is already a first step in highlighting those who are doing the work.

The Women in IT Awards USA 2022 was sponsored by Premium Sponsors Bank of America, BP and Frank Recruitment Group, and Award Category Sponsors JLL and Ting and Simon LLC. The event supporters were Barclays, Danone and Morgan Stanley.

The hosts were Cheryl Cole, editor of DiversityQ and Tania Ferreira, Portfolio Director and Head of Content Production for the Global Women in IT series.

Opening the ceremony, Cole said: “To the untold and obscured stories of impactful technical women – I cherish opportunities like this to document technical prowess, acknowledge women in STEM and move our social norm to one that recognises that these women exist – and society only truly thrives when they thrive.”

Here is the full list of winners of the Women in IT Awards USA 2022:

This year’s alums were joined by some of the previous Women in IT USA Award winners, who, due to COVID-19, did not get their in-person stage time.

– Mariesa Coughanour – 2020 Innovator of the Year