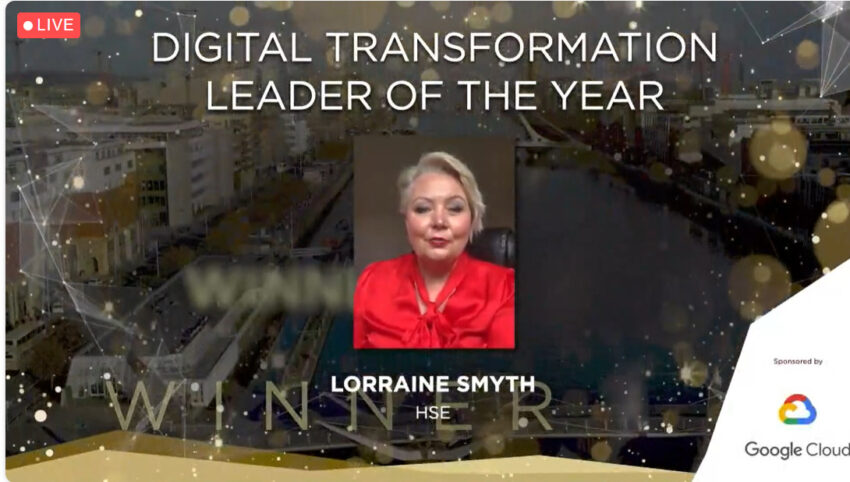 Across the categories, winners were going the extra mile to bring more women and girls into STEM

Yesterday’s Women in IT Awards Ireland (WIT Ireland Awards) was an awe-inspiring occasion, with the country’s leading women in tech acknowledged for furthering diverse gender representation through their impactful work.

Sponsored by Google Cloud, J.PMorgan, Red Hat and Salesforce, the awards were a night to remember. A huge congratulations to all those shortlisted and especially this year’s winners, who prove that the Irish tech sector can be a bright light for gender diversity globally.

Many of 2021’s female award winners shared attributes. They weren’t content with merely progressing as professionals but went the extra mile to ensure that women not yet in the tech sector became interested in career opportunities and helping those already in the industry progress.

With women continuing to be underrepresented in tech, those carving out their own paths while inspiring others must be recognised and celebrated. This year’s Woman of the Year winner was described as “passionate, inspirational and motivating” by the judges, as well as an “advocate.”

The winner demonstrated why she deserved the award by engaging in “multiple global activities to increase gender parity” and her “amazing work to inspire thousands of girls to look into STEM careers.”

Despite the disruption of COVID-19, the winner ensured that access to STEM classes and resources remained and oversaw a “global audience of 15,122 viewers across 19 countries made up of young girls at home during the lockdown.”

The winner of the iconic Woman of the Year award was Caroline O’Driscoll, Deloitte / iWish.

She said: “female role models make a difference,” and that today there’s a thirteen year-old-girl somewhere who is interested in STEM, and that she won’t stop until all girls like her believe a career is possible.

Underrepresented groups need their voices heard. That is why advocacy is important in workplace diversity, equity and inclusion, (DE&I) and makes the Advocate of the Year award one of the most important awards categories.

The judges described 2021’s Advocate of the Year as someone who has “shown extensive evidence of her dedication to creatively inspiring the female community.”

The judges also said she has helped to encourage more young girls to consider STEM roles and careers and they were “impressed by the breadth of her involvement not only from a work perspective but also through her journey and volunteering work.”

They also said “her passion shone through”, and they believe that she is a genuine role model for women in, not only IT, but across the business community.

The winner was: Sapphire Duffy, Women Who Code / Kainos.

DEI Education Initiative of the Year, sponsored by J.P.Morgan. was another major award of the evening. The judges described the winning initiative as a “simple” yet “powerful idea” which “raises the profile of some impressive women who have not always gotten the level of recognition they deserve.”

“Along with their visible role models, the initiative also aims to increase female engagement with the study of and careers in STEM; to enhance and increase awareness of the organisation’s brand through their support and commitment to the arts, creative industries and their work in Inclusion and diversity (I&D); and to engage and create unique experiences for a variety of stakeholders in their ecosystem,” they said.

The winner was: Women on Walls at DCU, Accenture.

Employer of Year (over 250 employees) was also a standout award. The winner, according to the judges, “demonstrated an ability to attract female talent by creating specific goals to hire and retain women through affinity groups and through a specific results-driven programme to enhance the company’s culture.”

Women now account for 36% of associates worldwide in the organisation. Last year, they celebrated employing 100,000 women around the world and publicly committed to accelerating gender diversity globally in their leadership pipeline by putting 1,000 high-performing women in leadership levels through their initiative – Propel – by the end of this year, and they are on track for success.

The winner was: Cognizant.

All the winners from 2021 WIT Ireland Awards

Advocate of the Year – Sapphire Duffy, Women Who Code / Kainos

DEI Education Initiative of the Year – Women on Walls at DCU, Accenture

Employer of Year (over 250 employees) – Cognizant

IT Team of the Year (led by a woman) – Niamh Corby, Office of the Revenue Commissioners

Next Generation Leader of the Year – Kmla Sharma, HubSpot

Tech for good Award of the Year – Ding

To find out more about the Women in IT Summit & Awards Series, please click here.