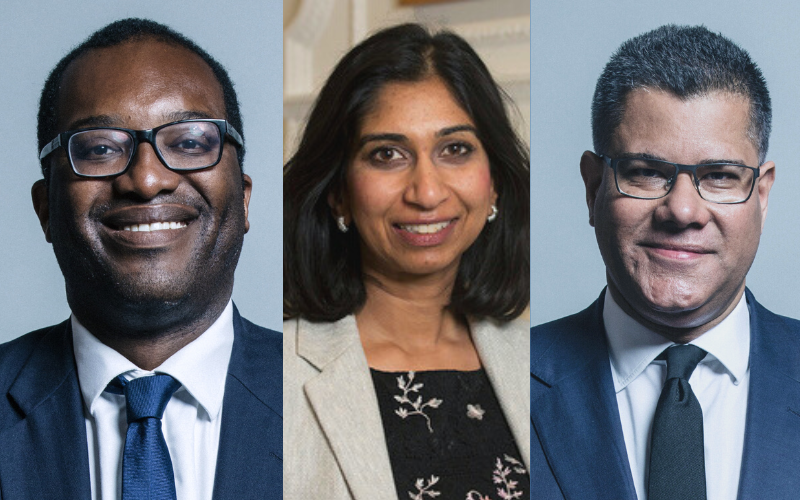 This new government also shows a lack of class diversity

Before the appointment of Prime Minister Liz Truss, one of the big questions was which team would be responsible for cleaning up Boris Johnson’s mess. But after many twists and turns, Truss has now formed a surprisingly diverse cabinet by choosing her leadership team.

For the first time in the history of the UK, no ‘great office of state’ is held by a white man. This is a welcome step forward in a country where minorities are still underrepresented in the Government and senior positions. However, there is still much to be done in terms of inclusion.

In this case, many critics have pointed out that they all come from highly educated, prestigious backgrounds that are not open to all and have highlighted a lack of class diversity.

In this new Government, Suella Braverman, a woman with Indian origins, has been appointed Home Secretary. The lawyer, previously Attorney General, ran for the Conservative Party leadership. Her parents, originally from Kenya and Mauritius, emigrated to the UK in the 1960s and were both involved in local politics, her mother having been a local councillor for 16 years.

When it comes to her commitment to women’s equality, Braverman was the first to take maternity leave after the law was changed to allow ministers to take paid maternity leave when previously they were expected to resign from their positions.

Regarded as one of Liz Truss’ allies, Kwasi Kwarteng is the new Chancellor in charge of the economy. His ideology is more conservative, and he probably confirmed his place in the cabinet after publishing in the Financial Times what appeared to be an attempt to reassure the markets that the Government would behave in a fiscally responsible manner, despite its plans for further borrowing.

He was a strong supporter of nuclear power but also advocated the introduction of more renewables, such as onshore wind and solar farms, with incentives such as cheaper energy bills where there was local support.

In terms of background, Kwarteng, who gained a scholarship to Eton and studied at Cambridge, worked in finance before entering politics and wrote a book on the legacy of the British Empire.

The latest diverse figure in the ‘big state office’ is James Cleverly, the new Foreign Secretary, who takes over Liz Truss’s old department. This will not be a new department for him – he has already been Foreign Secretary for the Middle East and North Africa, and Europe and North America.

More recently, he was education secretary under Boris Johnson. Mr Cleverly served in the Territorial Army and went to Sandhurst. Outside work, he enjoys painting model soldiers and spending time with his border terriers.

As Foreign Secretary, he will have his hands full with the ongoing war in Ukraine and the UK government’s current plans to cancel parts of the Northern Ireland Protocol, which is part of the Brexit deal with the EU.

Despite these three people of colour in the ‘great office of state, the new cabinet has a total of five BAME people. This includes Alok Sharma, who will remain as Chair of COP26, the 26th UN climate change conference, in the Cabinet Office, and newcomer Kemi Badenoch, who joined the cabinet as International Trade Secretary after surprising many by reaching the final four of the leadership contest.

In terms of gender balance, eleven women are in the room to twenty men. This is not enough, but it is important to note that women are progressing in this leadership position.

On the other hand, with greater ethnic and gender diversity, the big one is how conservative governments will implement immigration, support for minorities and inflation benefits. There is no sense in having diverse key leaders while advancing retrograde policies.