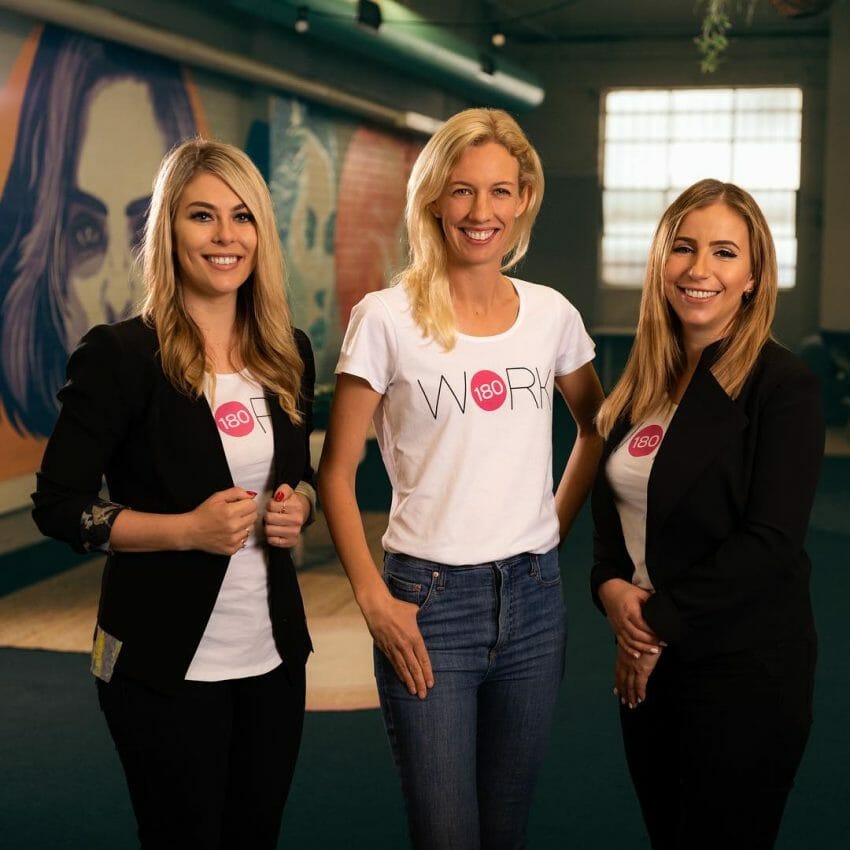 Work 180 co-founder Gemma Lloyd's insights on what a good employer looks like, how she solves employers’ problems and Work180’s impact and social mission.

We interviewed Gemma Lloyd, co-founder of the UK and Australian job platform Work180, in London to gain insight on what a good employer looks like. We asked her;

This interview is the final part of a three-part series, so be sure to read the first part here and the second part here!

We established in Australia almost four years ago and over that time we have had companies close their pay gaps, implement flexible working and increasing maternity/paternity leave just so they can join our platform, because what they’ve seen is that by doing these things they’re getting better talent, more applications, and not just women as well but it also has helped their staff retention.

The biggest sectors we work in are tech and finance, but it’s definitely across the board. We’ve had companies hire their first ever female heavy machinery operator for us, which is really cool I think.

We have a lot of amazing data around employee engagement survey scores, staff turnover, return to work after taking maternity leave, paid parental leave and pay equity, which we’re going to start producing quarter-to-quarter reports on. So good employers don’t necessarily have all of the things in place but what they do have, the main thing, is equal opportunities for everyone; men can work flexibly, women can work flexibly, equal amounts of paid parental leave.

We even look at things like, do they have domestic violence policies? Breastfeeding facilities? Because if you’re a woman that has just given birth and you return to work and you need to express, you don’t want to be asking those sorts of questions in an interview, it really can be quite embarrassing. Other ones can be really focused on inclusion and not just diversity and tokenism. Gender balance in leadership I think is really important, but also cultural diversity is very important.

Being a progressive company or stuck in the dark ages

It’s actually very, very similar, tech and finance. Some companies are very, very progressive and some are just completely stuck in the dark ages. Even construction companies are very similar – there’s one amazing construction company in Australia, Laing O’Rourke. They have 26 weeks paid parental leave, they’re doing some really amazing things. But, again, there are others that just don’t care and they’re stuck in the dark ages, so I don’t think it’s industry specific.

I would like to say tech, smaller sort of medium size tech companies, are probably the most progressive. You’ve got companies like Zendesk, which is a global company based in San Francisco, Australia and London – they have things like 16 weeks paid parental leave for men and women, it doesn’t matter if you’re the primary or secondary carer. They had more men on parental leave than women at one point, that’s really equal for me.

There’s a number of problems I think that we solve with employers. The first is they need more women, the second one is that they’re just struggling to attract good talent, and they might actually be amazing internally but no one is aware externally. So, we are that platform where they can really get out and talk about the great things that they have so they get better talent. We honestly don’t want to work with everyone and if employers don’t get it and they don’t want more women or a more balanced workforce, then they’re not for us. We say no to companies joining our platform if they don’t meet our criteria and that’s okay.

Being the token woman employee

I think there is some tokenism out there. But, if I got hired onto a board because I was a woman I would do it because as long as I believed that I was capable to do the job I wouldn’t actually care if they were hiring me as a token. I think we need that critical mass in order to have equality down the track.

The other thing I argue is that people will say, “Oh, what if they just promote a woman into a job and she’s not capable?” Can you imagine how many mediocre men there are in jobs that they’re not actually that good at? Seriously, there are lots of men that get put into jobs they’re no good at!

Having a social mission at your company’s core

We went through a workshop process and I got everyone to individually think about what they thought our culture was like at the moment, what they wanted it to be, and what they valued individually. We then collated it all together. But the really interesting thing was all of the responses were very, very similar. So everyone thought the same things about our culture as each other and the feedback was that they feel like this is the best place that they’ve ever worked. We have a social mission at our core and they truly believe in what they’re doing.

I think that’s the other thing around having a good workplace. Either having a social mission at your core and feeling that you can make a difference. Not every company has that luxury, so ask what corporate social responsibility initiatives are you doing as an organisation to give back? We even ask companies if they have paid volunteer days and the research that we have shows that companies with things like paid volunteer days or strong CSR (Corporate Social Responsibility) initiatives get way more female applications than the ones that don’t.