VERCIDA: making diversity an asset in the workplace 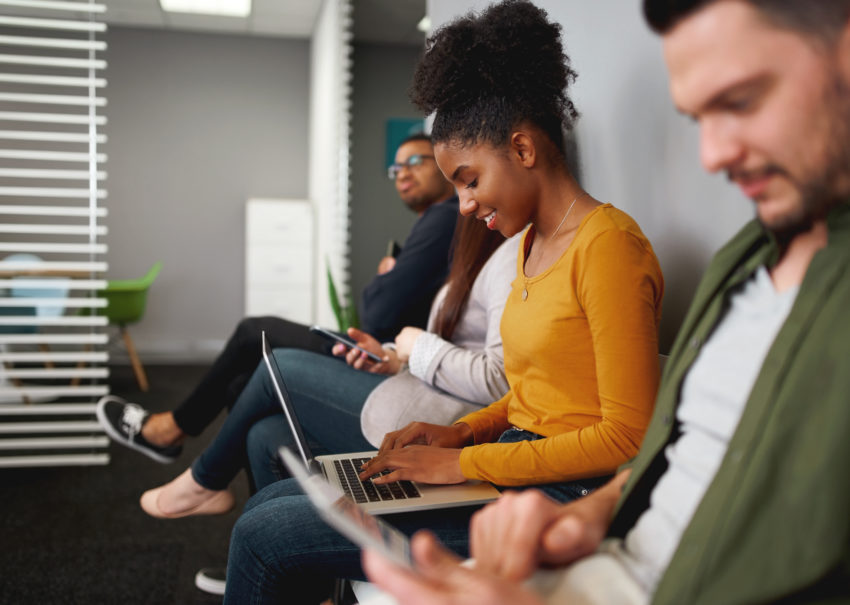 There are around 16,000 recruitment companies in the UK, but VERCIDA has broken the mould with its approach to diversity.

Morgan Lobb, founder and CEO of VERCIDA, explains how a diversity-friendly approach to job searching is supporting companies on their D&I journey.

Diversity is still seen as a drawback for many job seekers, who often try and hide their backgrounds during the recruitment process. But, at VERCIDA, people’s diversity becomes their asset.

VERCIDA, which stands for values, equality, respect, culture, inclusion, diversity and accessibility, is a recruitment site with a difference. It actively matches potential employees with companies that are committed to providing a diverse and inclusive environment.

Founder and CEO Morgan Lobb says VERCIDA is not about “hauling businesses kicking and screaming into the world of diversity. We are there for the ones that have had that penny-dropping moment, that diversity is not there to scare them and to beat them up, it’s there to liberate their organisation and future-proof it. Our role is to service the clients who want to advance their diversity journey but need a route to market to do that.”

It is now the largest diversity careers site in Europe, reaching more than two million people last year. There is also a consulting arm, which offers unconscious bias and inclusive leadership training to companies, as well as strategic road maps to help organisations develop a business case for D&I. So far, VERCIDA Consulting has trained10,000 people from more than 200 businesses around the world. Morgan and Dan Robertson, who heads the consulting side were cited as top diversity professionals globally by the Daily Telegraph and Hive Learning.

Morgan was at a crossroads in his life in 2010 when he got the idea for the company. His ex-wife had suffered a traumatic labour and emergency Caesarean, which meant she needed a long recovery period. Because his employer was unwilling to allow him more than the standard two weeks paternity leave, Morgan found himself jobless with a sick wife, a new baby and a mortgage. At the same time, his best friend was upset about not being able to tell his work colleagues that he was gay.

Working in the recruitment industry, Morgan was aware of and unhappy about the discrimination that existed in companies and organisations. All this led to what he calls “a diversity jobs moment at two o’clock in the morning.” He recalls: “I googled it there and then. Somebody had the domain name and was running it as a cottage industry type of business. So, I called them the next day and said, ‘why don’t you let me take this over because you’re not doing anything with it’. And we agreed on it there and then.”

With Morgan sitting in his kitchen with his laptop, Diversity Jobs was born. He built the site from scratch and then, two and a half years ago, changed the name to VERCIDA.com. It now has a team of 12.

At any one time, there are 7,500 vacancies advertised on the site. Job-hunters are directed to it only if it lists the specific role they are searching for. As Morgan explains: “For example, if you’re looking for a data analyst role in Cornwall and we don’t have that job on our website, then we’re no good to you at that point in time. You only get to hear about us when you need us.

“We market on our site the vacancies that people want at that moment in their lives. There’s nothing more frustrating than finding an amazing website that will treat you fairly and then doesn’t have the job that you want. That just annoys people.”

Companies advertising jobs are given a profile that includes everything they do to support diversity, for example, having an LGBT network, attendance at Pride or a returning mum’s programme. If they cannot provide evidence of what they do, Morgan says it’s difficult for people to see them as employers of choice.

He adds: “It’s like saying at the bottom of a job advert we’re an equal opportunity employer. Well, what does that mean? VERCIDA showcases the work that companies are doing up front, and that’s part of the recruitment process at the very beginning. It is what our goal, our mission is.”

Another string to VERCIDA’s bow is the diversity index, which it’s been running for just over a year and is the first in the UK. As part of the registration process, every job applicant is asked questions about who they are and their characteristics.

“We have about an 80% disclosure rate,” Morgan reveals. “That’s because we say to them you tell us you’re gay and we will send you jobs from employers that actively want to increase their LGBT representation. If you tell us you are 55 years old and black, we will be sending you jobs from companies that want to improve their BAME representation and have got age initiatives internally.

“So, there is a fantastic trade-off because traditionally people in the recruitment process hide their diversity. But, with VERCIDA, their diversity becomes their asset because we are working with companies that actively want to increase the representation of diverse groups.”

And, because these companies provide information about what they are doing internally, it inspires applicants to disclose. Having a large client base, including government agencies, banks, insurance companies and engineering companies, has enabled VERCIDA to collect meaningful data to create the Diversity in the Workplace Index.

“We want to use it to compare sectors. For example, to be able to say if engineering is doing really well in LGBT and banking isn’t, then what can banking learn from engineering to become better,” Morgan explains.

“We’ve been looking at individual sectors, all the way down to job function. Everyone needs customer service, accounts staff, IT and marketing staff. And often those jobs can traverse industries. It doesn’t matter if you’re an accountant in a bank or a building company.

“I’m getting tired of hearing from companies about their reasons for not doing diversity, especially if they say they ‘don’t have the budget’.

We have created the Index to provide some transparency and a standard that gave no one the ability to hide behind.”

Heads in the sand

One of the barriers to improving diversity is that many companies are still using traditional hiring methods. As Morgan explains: “LinkedIn recently named diversity as the number one priority for recruiters globally. But I don’t think they’re prioritising their budgets to reflect that. I put this down to an unwillingness to change historic recruitment methods. People are trying to force a round peg into a square hole, and it’s just not working.

“Recruitment firms are even further behind the curve. I think they have buried their heads in the sand. It’s a bit like not paying a parking ticket. You bury it and hope it will disappear but what happens is the fine gets bigger and bigger, and eventually it becomes too big to ignore.

“And I think the non-regulated recruitment industry is not fully prepared to spend their internal budget on pushing diversity as a priority. The ones that do are the businesses of the future.”

VERCIDA is due to publish the Diversity in the Workplace Index report in April. Morgan hopes it will provoke certain sectors to do more to improve diversity.

He says: “I expect that change will happen as a result of this and that we will start to build more fairness into our recruitment advertising, and increase inclusion in the recruitment life cycle. That’s our goal: to provide a much fairer recruitment process that starts to eliminate and expose bias.”